Maybe Congress could forget about collusion and groping, and prevent a war over a two-bit land grab.

Google needs to be broken up.  They have begun to censor normal content, and become a political organization.  The airwaves ( wifi ) is owned by American citizens. 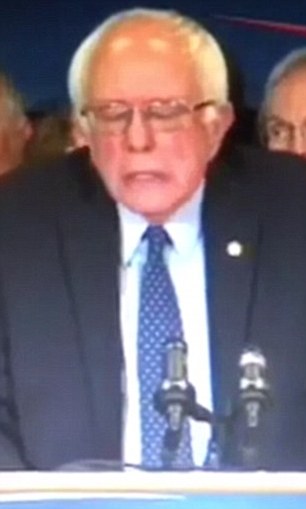 Good day to all you folks in hearing range of my soapbox………….

The last live, televised, murder that I can recall in my life, was when Jack Ruby killed Lee Harvey Oswald. At least, until yesterday….when the reputation of Honorable Judge Brett Kavanaugh was murdered.

I have seen no elaboration on the two comments that are most suspicious to me. Remember when Ford said…”I saw Mark Judge  in Safeway a few weeks later and he did not smile at me. He tried to ignore me, he was around the  shopping carts.” You will notice that he did not happen to be working on a register, that is too risky…it may have been a requirement to log into the register with a password…which would mean possible electronic tracking and catch the honorable doctor in a lie. You will also notice that he was not working in a particular department. Once upon a time…I worked at Ingles, some people worked in one department and only one department…so that was too chancy. Everybody in a grocery store will be around shopping carts. They are located at the entrance and exit doors. She added, “If anyone can find out when he worked at Safeway, that will give us a time frame.” Think about that for a minute.

What an ignorant addendum! We can track the exact cow that started a breakout of Mad Cow Disease  to the proper pasture in Brazil…. and she thinks finding an employment record is a problem?  Here is another highly unlikely segment of this Nancy Drew/Hardy Boys mystery. She prefaced the above statement with this sentence: “My mother drove me to Safeway, but you know how young people are, I did not want to be seen with my mother, so when she went in one door,  I went in the other.” WHY WOULD SHE SAY THAT SENTENCE? NO NORMAL PERSON ANYWHERE IN THE WORLD WOULD PREFACE THAT COMMENT WITH THAT SENTENCE WITHOUT A LAWYER’S ADVICE. She done it simply because that prevents her mother from lying under oath, if questioned. Her mother can simply say, just like Colonel Klink…”I know nothing.” OR “Of coarse, Christine often went with me to Safeway, she could not legally drive.” Perhaps, the FBI investigation will discover that…….. that Safeway only had one door at that point in time…or it had the typical set of swinging doors, just like many stores today, one in and one out, juxtaposed. It probably did and possibly still does. If her lawyer had been a little smarter, just in case, they would have coached her to say, “My mother drove me to Safeway, but she waited for me in the car.” Then we would not be left to wonder if they avoided each other while in Safeway, if they purchased  their items at separate registers and if they came out separate doors so that she would not be seen with her mother..because, “You know how young people are.”

The other highly suspicious transformation in her testimony  is young PJ. If you recall, she originally said that PJ was a bystander of her attempted rape, the 4th person in the room. Then she immediately down-graded him to a downstairs position when she was being questioned in the hearing. That did not happen. No way did her mind remember, then forget, the face of  a person standing and watching her being raped. When she was asked if she had spoken to the other girl….”She said yes, she has some health issues and I hope she is feeling better.” Judge Kavanaugh already pointed out that Mark Judge has survived some serious drug issues. So what does that leave us with….it leaves us with one accuser (who cannot remember where she was, how she got to where she was or how she got home from where she was), one man whose life and family are being destroyed, one boy (Mark Judge) who does not remember the party but has since used drugs (they will say drugs impaired his memory of that night), one boy, PJ… who was originally  a BYSTANDER…but got demoted to the lower level of the house….who ALSO does not remember the party…. she had to take him out of the IMAGINARY action…because he has not used drugs, as far as we know…but I am sure he did go to a few beer drinking parties during his youth….at which…… he did not take a roll call.

This is a set-up that was strategically planned. It has already tainted Judge Kavanaugh’s reputation for the rest of his life. When his Grandchildren Google or Gaggle (after the #metoo movement takes control of it….) their Grandfather’s name….they will see all this Democrat trash about him. Maybe the FBI will do a thorough investigation and come back with the conclusion that Judge Kavanaugh, just as before, has an impeccable record.

If so, do you know what the Democrats will say? They will quote their Democrat Vice-President, Joe Biden……”the FBI does not reach conclusions.” As you recall, they ignored this quote as Chairman Grassley used it.

If this had been Jesus in the place of Judge Kavanaugh…..the Democrats would have said, “The way he flipped those tables over when he was upset with the money changers in the temple, shows he does not have the right temperament to be The Lord.”

The Editor:   Did you learn anything from the Honorable Senators, LL ?

Call Me A Sleazy Shyster Cat:   I sure did.  If you want justice, you have three ( 3 ) choices,  local,  state,  and federal attorneys.   You had better have some big bucks for all of them, or know where the skeletons are buried.  The only thing more slimy was the media.  Here are two DemocRATic Senators.

Here is what they look like out of uniform.

Here is a lying self righteous DemocRATic Senator from the hearing.  He was almost in Vietnam.

This is Dr. Ford and the only person known to fly more.

She took a train to DC. 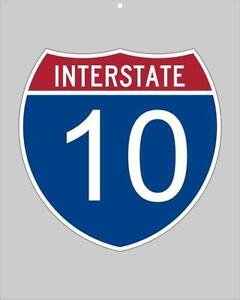 The Editor:   Who is Fauxahontas, LL ?

Cherokee Cat:  She is the DemocRAT who took over Ted Kennedy’s seat in the Senate.  She hasn’t left a woman to drown in her car like ole Ted, she just has no scruples.  She claimed to be a Native American.  This shows that she stole her scruples.

Hank Johnson is the most sincere, and honest Democrat I have seen in a long time.  He was concerned that more troops might make Guam tip over.

San Francracko now has two structural cracks in their new transit center—located next door to the tilting Millennium building.

Four  ( 4 ) million dollars doesn’t buy the apartment that it once did.  Maybe the Millennium Tower will crash on the transit center and they can have a re-do.

The  Editor:  What does the title mean, LL ?

Take It To The Bank Cat:  It means when someone in the government or business has a BIG SNAFU and they say a little won’t hurt you, they are lying.  Usually it involves radiation or chemicals.

I sure hope these kids are just uninformed Democrats.   A few locations are the Post Office, convenience store, and supermarket.

Captain Cat:  Here is an old possible wreck, and the most recent Endeavour.

Your pets are in danger.

Here is a numerical wreck.  The media have been reporting eleven ( 11 ) million illegals since Ole Bill was in office.  It is probably 30 million.

Maybe Trump is starting to get rid of monopolies.

Georgia Tech is still a wreck.

The Editor:  What is a potpourri, LL ?

Cajun Cat:  It’s like Cajun Jumbo Soup, a mixture of everything.  Ole Barry screws the Chicago minorities one more time.  The place isn’t even a library.

Rubio has the right idea.

It wasn’t aliens from The Pleiades.