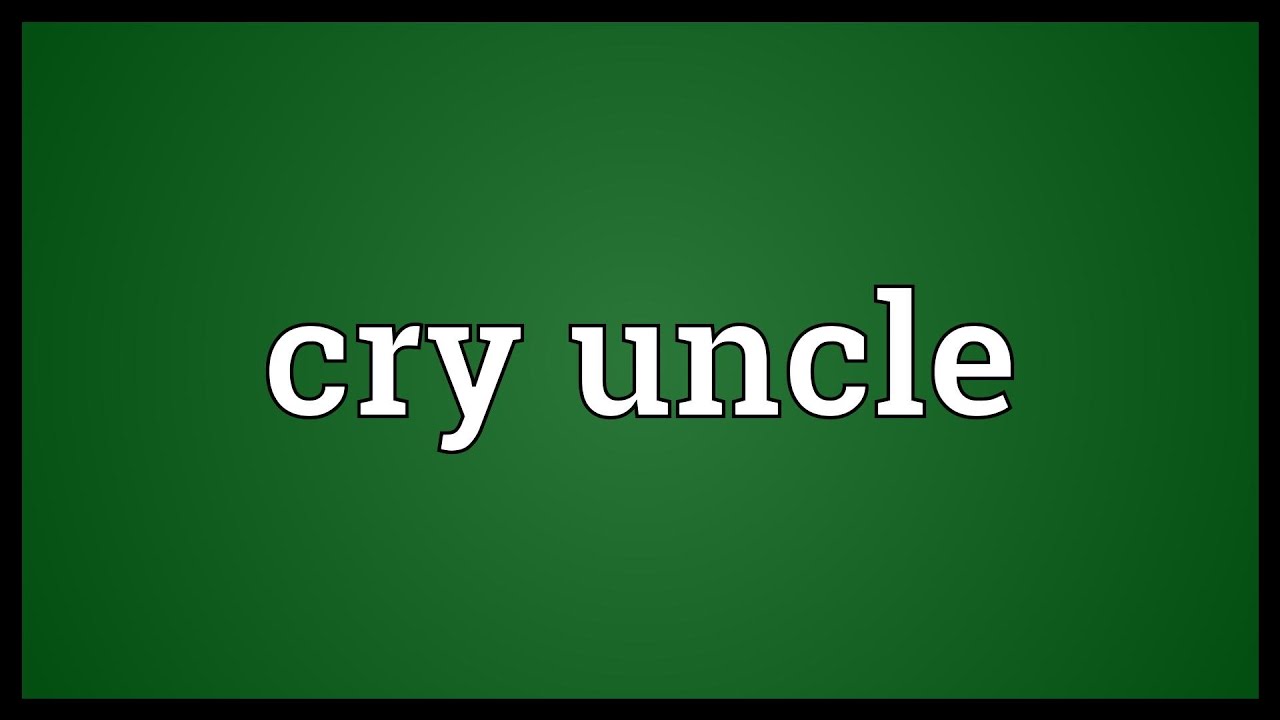 It seems that while “crying uncle” is today regarded as an Americanism, its origins go all the way back to the Roman Empire. Roman children, when beset by a bully, would be forced to say “Patrue, mi Patruissimo,” or “Uncle, my best Uncle,” in order to surrender and be freed.

As to precisely “why” bullies force their victims to “cry uncle,” opinions vary. It may be that the ritual is simply a way of making the victim call out for help from a grownup, thus proving his or her helplessness.

Alternatively, it may have started as a way of forcing the victim to grant the bully a title of respect — in Roman times, your father’s brother was accorded nearly the same power and status as your father.

The form of “uncle” used in the Latin phrase (“patrue”) tends to support this theory, inasmuch as it specifically denoted your paternal uncle, as opposed to the brother of your mother (“avunculus”), who occupied a somewhat lower rung in patrilineal Roman Society.

I hope the #metoo-Rev2 people do not read the last paragraph. If so, they will go to Europe, North Africa, and the Middle East to dig up and castrate those men who belonged to the Roman Empire.

The Editor:  What is going on with the New York limo accident, LL ?

Empire State Cat:  That is a sad story.  Our readers can make up their own minds, until we have the final results.

TE:  This is a bizarre story, ESC.

It sure is, the Feds will probably cover it up like the Vegas shooting.