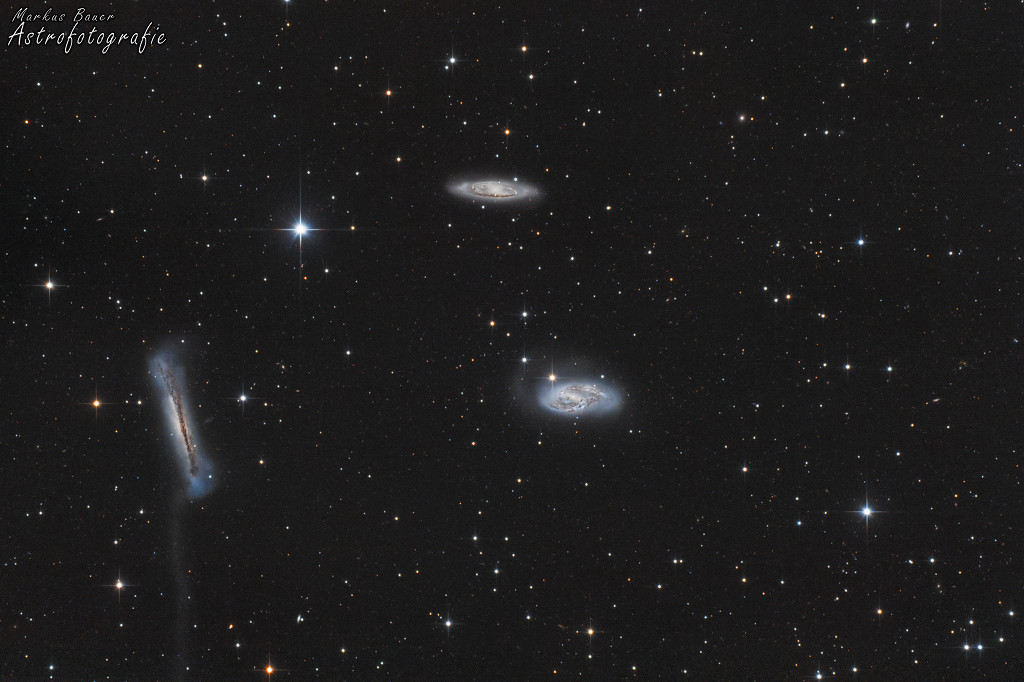 Explanation: This group is popular in the northern spring. Famous as the Leo Triplet, the three magnificent galaxies gather in one field of view. Crowd pleasers when imaged with even modest telescopes, they can be introduced individually as NGC 3628 (left), M66 (bottom right), and M65 (top). All three are large spiral galaxies but they tend to look dissimilar because their galactic disks are tilted at different angles to our line of sight. NGC 3628, also known as the Hamburger Galaxy, is temptingly seen edge-on, with obscuring dust lanes cutting across its puffy galactic plane. The disks of M66 and M65 are both inclined enough to show off their spiral structure. Gravitational interactions between galaxies in the group have left telltale signs, including the tidal tails and warped, inflated disk of NGC 3628 and the drawn out spiral arms of M66. This gorgeous view of the region spans almost two degrees (four full moons) on the sky. The field covers about a million light-years at the trio’s estimated distance of 30 million light-years. Of course the spiky foreground stars lie within our own Milky Way.