“TRUTH GOT YOU, BABE”

President Trump wants illegal immigrants to be shipped to sanctuary cities where they will be welcomed with generous and protective arms.

Cities such as San Francisco, Los Angeles and Seattle are already accommodating law breakers anyway, so why not take in more homeless illegals—thousands more—the more the merrier? Cher reacted by tweeting that California should take care of the tens of thousands of homeless living in her state already. For once Cher spoke what she knows is true instead of repeating lines from the limousine liberal script of political correctness. 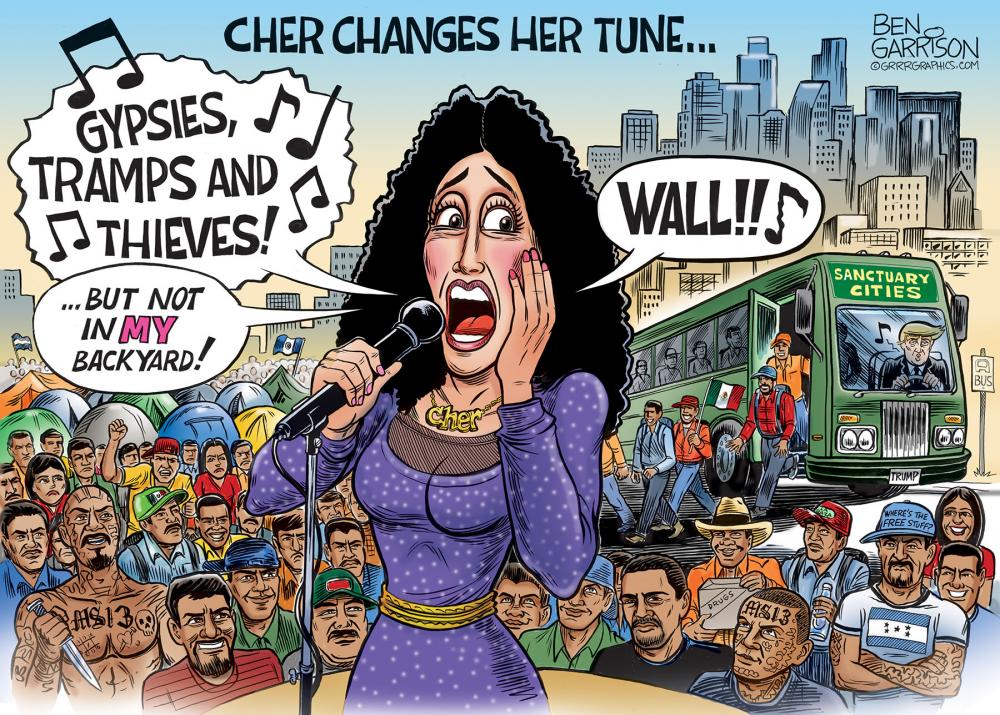 Cher’s concern backfired on her quickly.

Trump agreed with her—what an unendurable embarrassment! The left quickly accused her of repeating ‘white nationalist’ sentiments, so now she’s furiously virtue-signaling and reaffirming her TDS. Yet in her heart, she knows Trump’s wall is necessary.