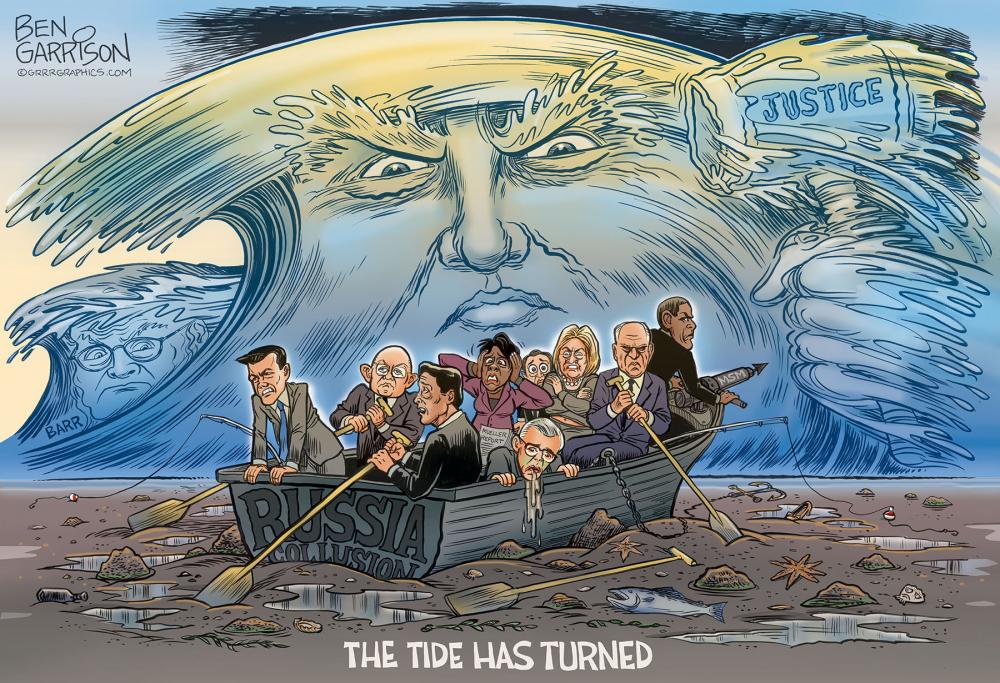 For two years the Democrats have been on a fishing expedition to bring down a lawfully elected president. They got skunked and reeled in no evidence to support their accusation that Trump colluded with Russia to defeat Hillary.

Their boat enjoyed a high tide of hope and momentum for two years, but after the Mueller Report was released, that tide went out. All the way out. Now they’re stuck in the mud and they all look ridiculous. Do they abandon their boat and trudge back to the shore of apology? No. Most of them are tripling down on their lunacy. They’re now threatening impeachment based on ‘obstruction,’ even though there’s no proof of that, either. Maybe Trump gritting his teeth at their witch-hunt qualifies as obstruction.

The tide is rushing back in, but this time it’s a tidal wave in Trump’s favor. What the Deep State operatives did to him is nothing short of treason and they must be held accountable. LOCK THEM UP!

The Fallasburg Covered Bridge spanning the Flat River in Kent County Michigan is 100 feet long, Brown truss bridge built in either 1862 or 1871 by Jared Bresee. This is said to be the earliest example of a Brown truss bridge and the last survivor of this type of truss. Michigan has four antique covered bridges still standing.

“White Privilege was not a phrase when I began working at a peach packing plant in Thomaston, Georgia at 14 years of age. I was too young to understand the deductions from my weekly pay. Now I get it….my duty was to help support others with their privilege of sleeping in, having babies and living off government assistance programs. Somebody owes me a lifetime of reparation checks.”

Today is Holy Saturday and it’s a bit of a dark one. That’s because Holy Saturday isn’t just the day before Easter. For Christians, it’s the day Jesus descended into Hell before his Resurrection. Of course, Jesus didn’t go to Hell for his own sake – it was to release imprisoned spirits so they could enter Heaven. And as such, it can be a solemn occasion. What is Holy Saturday? Holy Saturday is known by a number of names including: Easter Saturday, Black Saturday, Easter Eve and Great Sabbath. This is the day before Easter and a day when Christians believe Jesus Christ’s body lay in the tomb while his spirit went through the Harrowing of Hell. This is when Jesus triumphantly descended into Hell during the time after his crucifixion, and before his resurrection and brought salvation to all the righteous that had died since the beginning of the world.

Another creature is on the loose in Mexico.  Some think it is the love child of Pelosi and Schumer.

The only thing that can protect one from this creature is a Wolf Bot.  Amigo has bobble-head Wolf Bots on sale for ten ( 10 ) dollars each.  Send cash only.

Who would believe this idiot, fool, moron, and his out of gas story.  You don’t need charcoal-lighter-fluid to ignite gas.  He probably  taught AOC, in college.

He was probably taking it to CNN.  They are out of gas without Trump to lie about.  The Food Network and Home and Garden channel were ahead of CNN in the ratings. 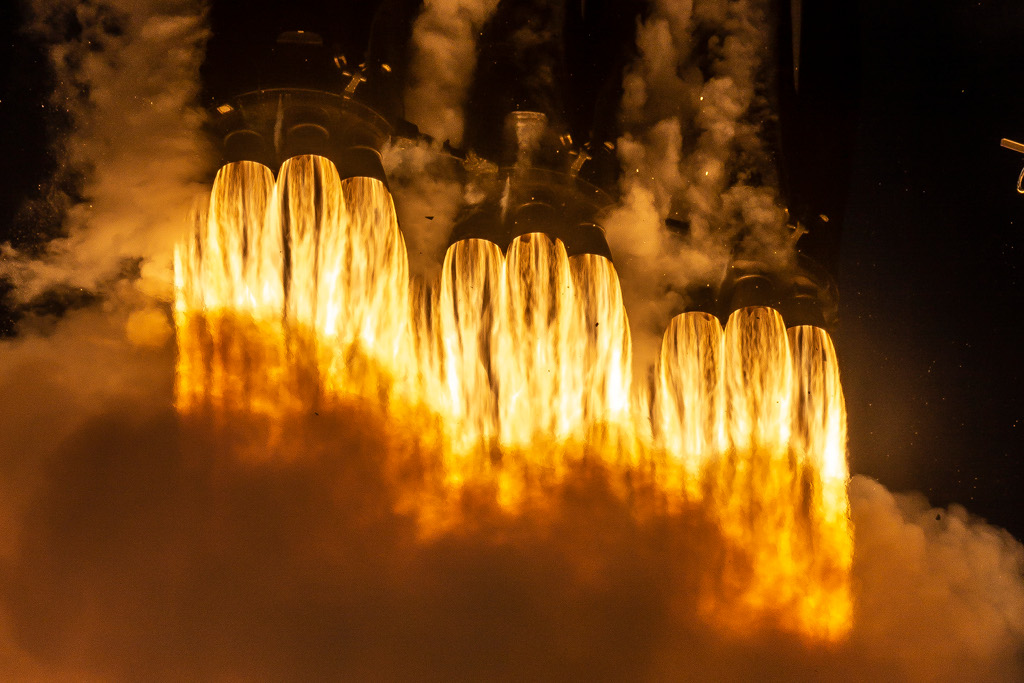 Explanation: Twenty seven Merlin rocket engines are firing in this close-up of the launch of a Falcon Heavy rocket. Derived from three Falcon 9 first stage rockets with nine Merlin rocket engines each, the Falcon Heavy left NASA’s Kennedy Space Center launch pad 39A on April 11. This second launch of a Falcon Heavy rocket carried the Arabsat 6A communications satellite to space. In February of 2018, the first Falcon Heavy launch carried Starman and a Tesla Roadster. Designed to be reusable, both booster stages and the central core returned safely to planet Earth, the boosters to Cape Canaveral Air Force Station landing zones. The core stage landed off shore on autonomous spaceport drone ship Of Course I Still Love You.