Because Thomas Jefferson thought it would be only a matter of time before the American system of government degenerated into an “elective despotism”,” he warned that citizens should act now in order to make sure that “the wolf was kept out of the fold”:

“Mankind soon learn to make interested uses of every right and power which they possess, or may assume. The public money and public liberty, intended to have been deposited with three branches of magistracy, but found inadvertently to be in the hands of one only, will soon be discovered to be sources of wealth and dominion to those who hold them… They should look forward to a time, and that not a distant one, when a corruption in this, as in the country from which we derive our origin, will have seized the heads of government, and be spread by them through the body of the people; when they will purchase the voices of the people, and make them pay the price. Human nature is the same on every side of the Atlantic, and will be alike influenced by the same causes. The time to guard against corruption and tyranny, is before they shall have gotten hold of us. It is better to keep the wolf out of the fold, than to trust to drawing his teeth and talons after he shall have entered.”

1785 seems rather early for Jefferson to be making such dire predictions about the unhappy fate of the new American Government, yet his worry that democracy might turn into a form of despotism has proven to be correct if some 200 years later and “not a distant” time as he originally thought.

“People who create things nowadays can be expected to be prosecuted by highly moralistic people who are incapable of creating anything. There is no way to measure the chilling effect on innovation that results from the threats of taxation, regulation, and prosecution against anything that succeeds. We’ll never know how many ideas our government has aborted in the name of protecting us.”

The present struggle seems less about abolishing big government than about who gets to use it.

According to recent news reports, it appears that Robert Mueller is scheduled to testify before the House Judiciary Committee on May 15th. Democrat members of the committee hope to use his testimony as justification for new and expanded investigations into Russian interference during the 2016 election cycle. Their apparent goal is to keep the Russian narrative alive and in the news through the remainder of 2019 and deep into 2020.

In my opinion, the Democrat Party might be overreaching once again. They should be careful what they wish for. The Mueller report (dossier) is a 400 plus page document that provides a one-sided presentation of the findings and conclusions by the prosecution (Team Mueller). It contains a significant amount of factual information, legal opinions, and even testimony that might be considered hearsay in an actual court of law. The document is raw and unfiltered. Volume 2 is actually more of a political document than a legal document. It summarizes the work done by Team Mueller over the last two years. Acting as Special Counsel, Team Mueller had no obligation to present the case for the defense, which would be Team Trump.

However, the hearing on May 15th will provide Republican members of the House Judiciary Committee with an opportunity to ask questions as de facto lawyers in support of Team Trump. At this point in time Team Mueller has never been questioned or cross examined by anyone before, during, of after their investigation. This hearing should provide some good fireworks and will likely make a number of people deeply invested in the Washington establishment very uncomfortable. We will see Team Mueller on defense for the first time.

Given that background, I have prepared ten questions that I would ask Mr. Mueller on May 15th if I were a Republican member of the House Judiciary Committee. The answers to these questions will help the general public understand motives, perceived or actual biases in the investigation, and the reasons why Team Mueller did not investigate possible Russian collusion or interference related to Team Clinton and the DNC.

What was the scope of the Special Counsel investigation as defined by you and Rod Rosenstein, and   why was the final version of the scope memo not included as part of your final report?

Why did you select all Democrat lawyers for your legal staff when it was well known that most of them had personal, legal, and/or financial ties to Team Clinton and the DNC?

Was the Steele dossier used as the starting point in your investigation, or did you look at other activities that took place before that document was circulated within the FBI and DOJ?

Did you investigate any of the spying (paid or unpaid) that took place before, during, or after the 2016 elections within the Team Trump or Team Clinton campaigns, and if yes, to what extent?

When did you determine with some degree of certainty that no collusion took place between members of Team Trump and the Russian government?

Why did Team Mueller continue the investigation once it was determined that no collusion existed between Team Trump and the Russian government?

Have you determined why Team Trump was never given a defensive briefing by the FBI if that agency thought there might be Russian agents trying to infiltrate the Trump campaign?

Why were there no investigative details in your report that addressed the questionable relationships and activities between foreign agents/informants/subjects and members of US government agencies (e.g., FBI, DOJ, CIA, NSA)?

Why were there no investigative details related to the specific actions taken by the Obama administration to thwart the activities by Russia during the 2016 campaign?

Did AG Barr present any information in the course of releasing your findings that you deemed to be inaccurate or incorrect, and why did you elect not to review his summary memo and then document your objections to the memo?

Shown below are a couple of photos of a Guernsey County Ohio covered bridge. It is the 76 feet long multiple kingpost Armstrong or Clio Covered bridge in Cambridge, Ohio. It was built in 1849 by Abraham Armstrong across Salt Fork in Clio, northeast of Cambridge, and moved to its current location in a city park in 1966.

Bill’s dog, Murphy, is tired after inspecting the bridge. (MST) 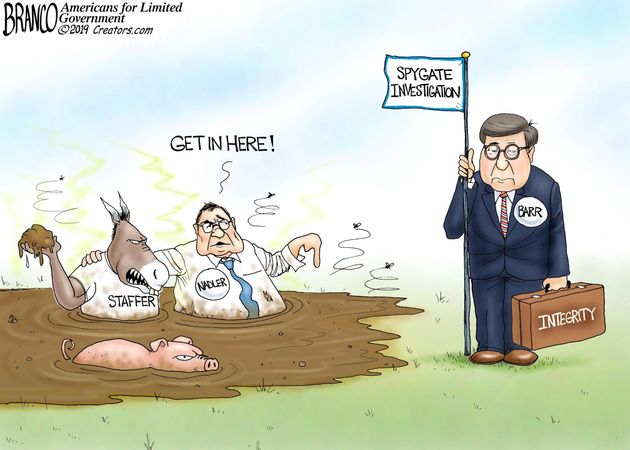 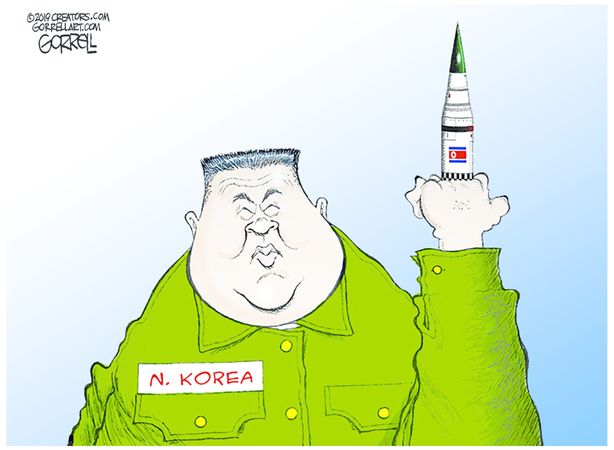 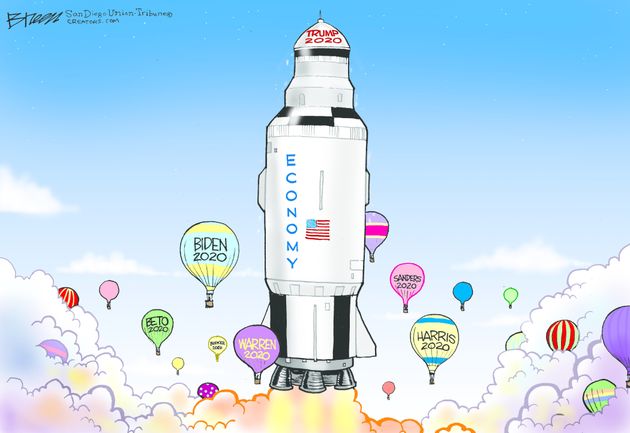 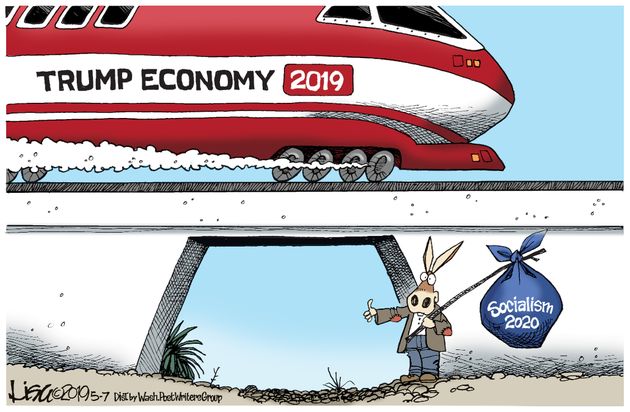 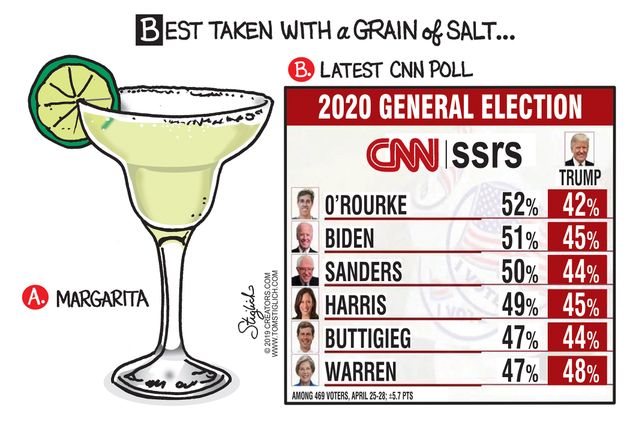 The last one “nails it”!

Speaking of Princess Diana,  Harry  and  Meghan just had a son.

The Editor:  Can you answer a question from thousands of our loyal readers, LL ?

Answer Cat:  I sure can, but first here is loyal reader MST at the Derby.

TE:  The last time we had this many responses was 11-09-16.   Why did the Stewards at the Kentucky Derby disqualify  Maximum Security ?

Listen Closely Cat:  The Jockey allowed Maximum Security to block the lane next to him.  War of Will was blocked.  If you look closely WOW legs were bumping Maximum Securities legs.  These horses weigh a thousand pounds and are running over 45 miles per hour.  Everyone is lucky that there wasn’t a big crash of 6-8 horses.

Unlike NASCAR you can’t  ” swap paint “.

This is a little unpleasant, but similar crashes are what they try to prevent.

Here is a brief explanation.  When you get away from politicians HONESTY and  INTEGRITY  are important.  Most  Americas live by rules/laws, if they don’t follow them, unlike politicians they are punished.

You could say that Maximum Security won the popular vote, and Country House won the Electoral College.

The Executive Director, Dodi Fayed, listed at the end of this intro was killed along with Princess Diana. 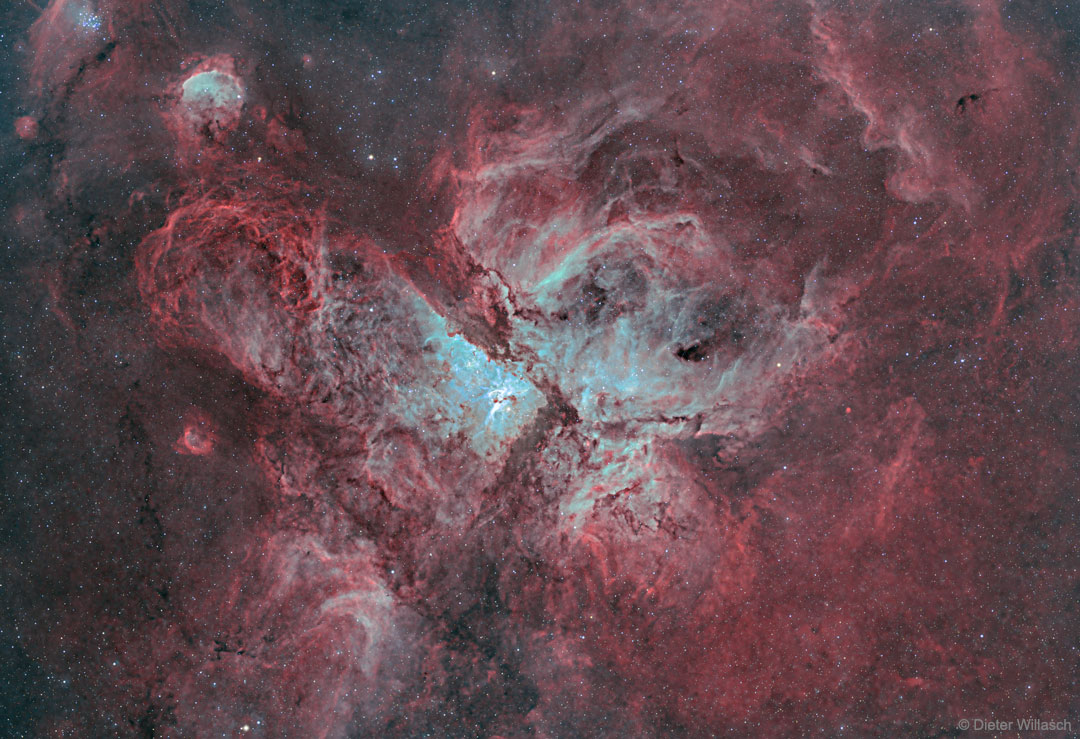 Explanation: What’s happening in the center of the Carina Nebula? Stars are forming, dying, and leaving an impressive tapestry of dark dusty filaments. The entire Carina Nebula, cataloged as NGC 3372, spans over 300 light years and lies about 8,500 light-years away in the constellation of Carina. The nebula is composed predominantly of hydrogen gas, which emits the pervasive red glow seen in this highly detailed featured image. The blue glow in the center is created by a trace amount of glowing oxygen. Young and massive stars located in the nebula’s center expel dust when they explode in supernovae. Eta Carinae, the most energetic star in the nebula’s center, was one of the brightest stars in the sky in the 1830s, but then faded dramatically.