“In our young nation, the Bible was used as a text book for the purpose of teaching children moral principles to live by. As time went on, the Bible was gradually replaced by other text books such as Noah Webster’s Primer. Webster’s Primer taught children to spell but was also filled with moral Bible verses. In the front of his Primer was his picture with the inscription, “who taught millions to read but not one to sin.”

This is the exact opposite of the school curriculum today. The courts in this country have revised the First Amendment, thus erecting a wall of atheism around every public school in America, where God is not allowed to be mentioned. This is not the same wall that Jefferson envisioned.”

“The Roman Republic fell, not because of the ambition of Caesar or Augustus, but because it already long ceased to be in any real sense a republic at all. When the sturdy Roman plebeian, who lived by his own labor, who voted without reward according to his own convictions, and who with his fellows formed in war the terrible Roman legion, had been changed into an idle creature who craved nothing in life save the gratification of a thirst for vapid excitement, who was fed by the state, and who directly or indirectly sold his vote to the highest bidder, then the end of the Republic was at hand, and nothing could save it. The laws were the same as they had been, but the people behind the laws had changed, and so the laws counted for nothing.”

“Find out just what the people will submit to and you will have found out the exact amount of injustice and wrong which will be imposed upon them; and these will continue until they are resisted with either words or blows, or both. The limits of tyrants are prescribed by the endurance of those whom they oppress.”

To the citizens of New York City: Can you remember when Mayor Rudy Giuliani left office? Your city was safe and clean. NYC had  no massive debt, the subways were safe and clean, and there were no homeless people sleeping on the streets. But then you elected and re-elected Comrade de Blasio. Crime is sky rocketing, trash is all over the streets and in the subways, inter-structure has  gone to Hell in a hand basket, homeless everywhere, and the city has a $199 billion debt and things are not getting any better. Don’t feel too bad, all major American cities with Progressive city governments, for example: Detroit, Baltimore, Chicago, Portland, Seattle, San Francisco, and Los Angles, are in the same mess as New York City. But look on the bright side when Comrade de Blasio becomes president, you will be rid of him. But on the other hand America will eventually be in the same fix as New York City because Progressives destroy anything they come in contact with, especially the lives of the American people. 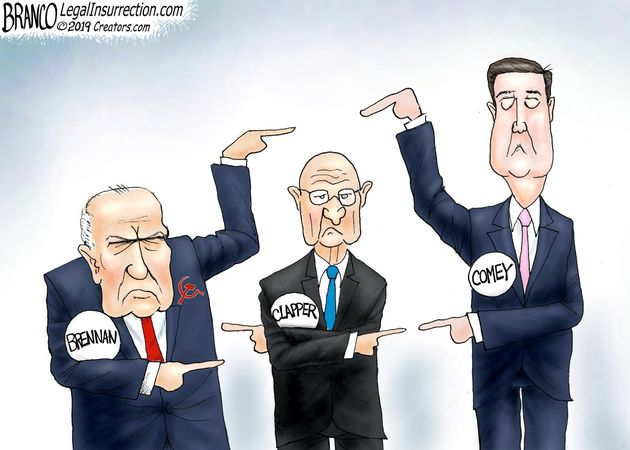 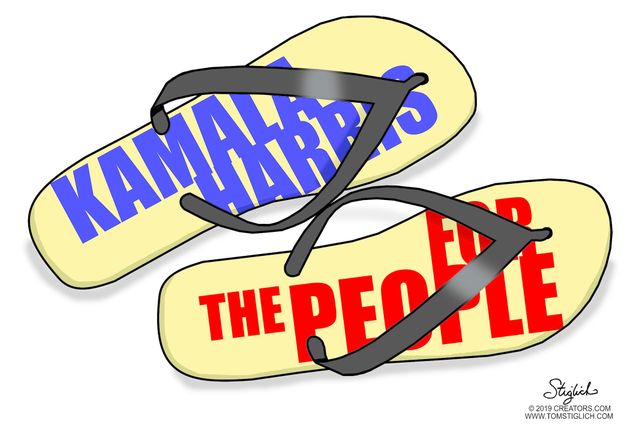 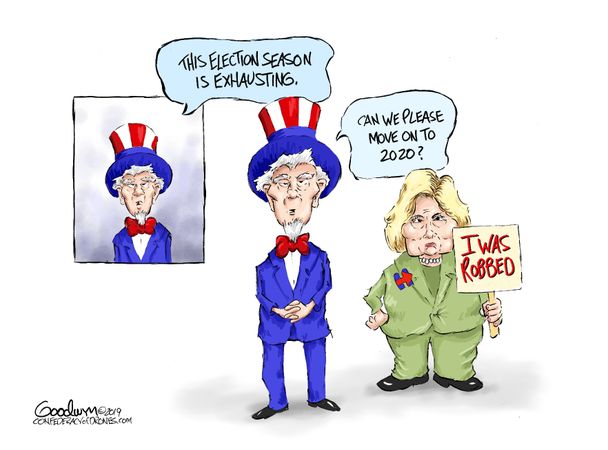 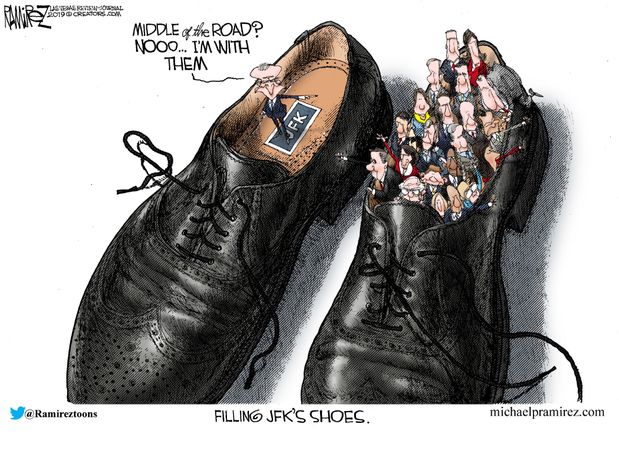 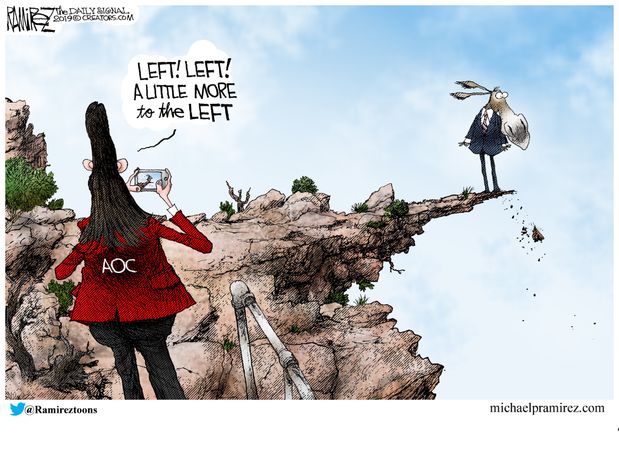 The Editor:  Do we have another shook, LL ?

Preakness Cat:  We definitely have a shooker at the Preakness.  After the winner of the Kentucky Derby got sick and couldn’t race,  and the owner of the disqualified horse got in a snit and refused to race in the big races it was thought the Preakness would be boring.  It was anything buttigeig.

Here is the race, and a second link to the valiant jockey that fell off his horse.

To an animal this looks like a combination fable, parable, and analogy.  Bodexpress is Hillary’s campaign, Hillary is the jockey.  I can hear the announcer calling the race.  Hillary looks unbeatable, oops she just lost Florida and ten ( 10 ) other states. Bodexpress is still in there trying.  At seven ( 7 ) furlongs  it looks like Bodexpress can’t win by himself.  Wisconsin, Ohio, Pennsylvania, and Michigan are too far ahead.   Maybe Hill-gal should have visited those states more.

She needs some chicken like the Cohen creep.    Shook &  Cook. 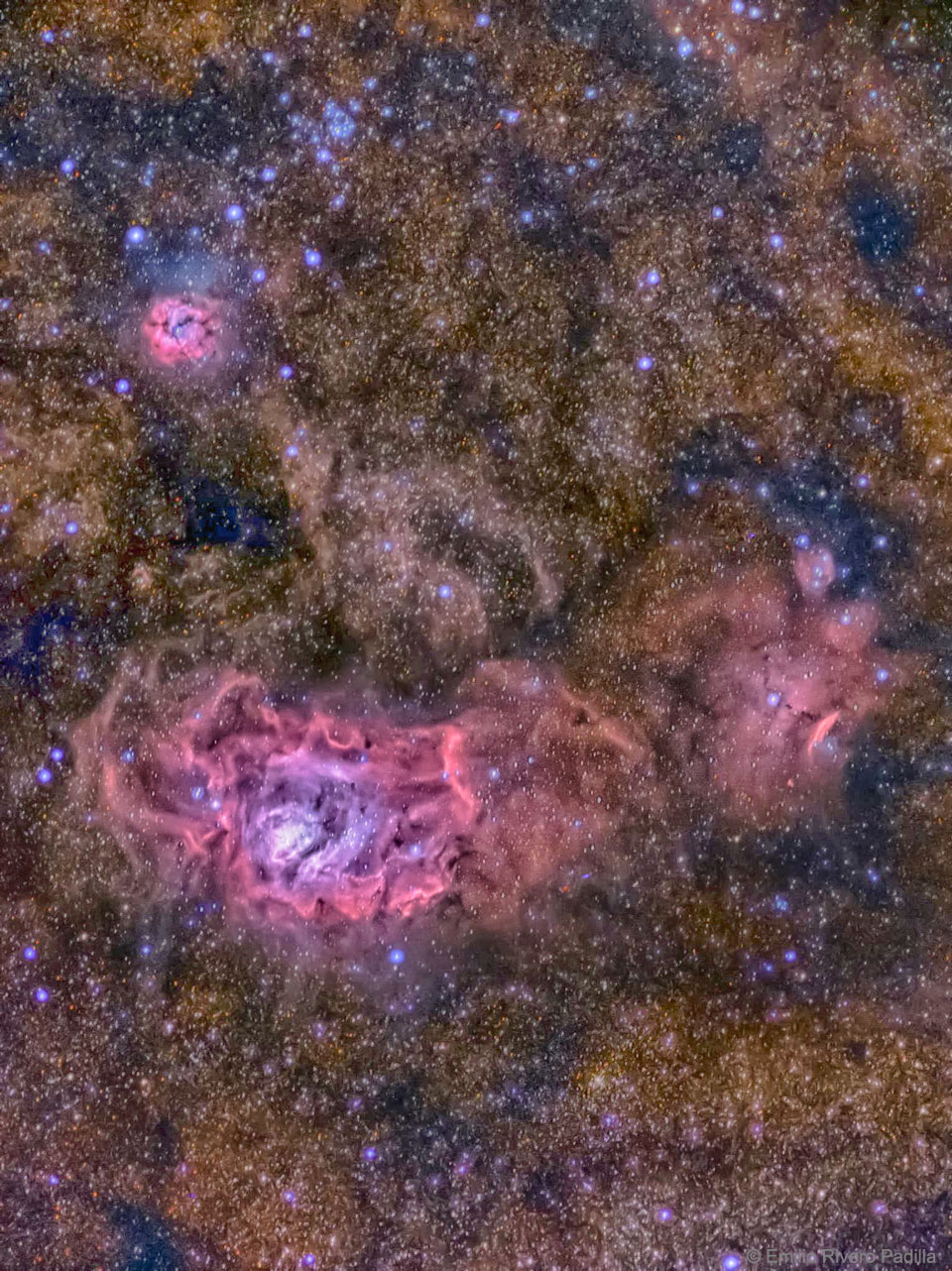 Explanation: These three bright nebulae are often featured on telescopic tours of the constellation Sagittarius and the crowded starfields of the central Milky Way. In fact, 18th century cosmic tourist Charles Messier cataloged two of them; M8, the large nebula just left of center, and colorful M20 on the top left. The third emission region includes NGC 6559 and can be found to the right of M8. All three are stellar nurseries about five thousand light-years or so distant. Over a hundred light-years across, the expansive M8 is also known as the Lagoon Nebula. M20’s popular moniker is the Trifid. Glowing hydrogen gas creates the dominant red color of the emission nebulae. In striking contrast, blue hues in the Trifid are due to dust reflected starlight. Recently formed bright blue stars are visible nearby. The colorful composite skyscape was recorded in 2018 in Teide National Park in the Canary Islands, Spain.