“The Founding Fathers established a system which meant a radical break from that which preceded it. A written constitution would provide a permanent form of government, limited in scope, but effective in providing both liberty and order. Government was not to be a matter of self-appointed rulers, governing by whim or harsh ideology. It was not to be government by the strongest or for the few. Our principles were revolutionary. We began as a small, weak republic. But we survived. Our example inspired others, imperfectly at times, but it inspired them nevertheless. This constitutional republic conceived in liberty and dedicated to the proposition that all men are created equal, prospered and grew strong. To this day, America is still the abiding alternative to tyranny. That is our purpose in the world – nothing more and nothing less.”

“To live under the American Constitution is the greatest political privilege that was ever accorded to the human race.”

House Democrats are angling to unfreeze the cap on congressional salaries, which would result in a $4,500 cost-of-living raise next year. Since these morons took over the House of Representatives they have done nothing but investigate President Trump. The country is going to hell in a hand basket and they don’t give a damn. Now they want a raise. Bruce Ohr was given a $28,000 bonus before he was run off from the FBI, for his work on the Russian collusion fiasco.

Since a politician never believes what he says, he is surprised when others believe him.

The thieves want the automatic raise reinstated.  That way there is no bad publicity every year.

The Editor:  What don’t you believe, LL ?

Missouri Cat:  I don’t believe there ever has been a large scale organized terror threat.  War criminal, Bush 43, said go shopping after the 9-11 attack.  The border is still open.  Neither party wants it closed.  Terrorism is a pretext to give the eighteen  ( 18 ) spy/intelligence agencies more control over American Citizens, along with joining what ever political party they prefer.  See the Hillgal group of monkeys.

Taxpayers subsidize the illegals for the government and business. 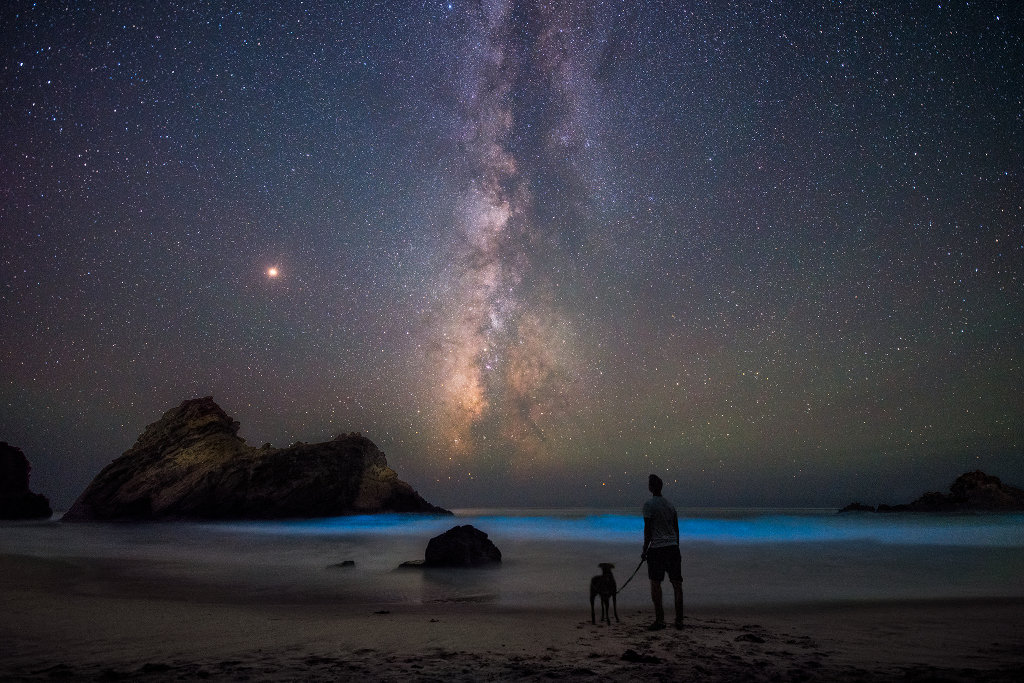 On the Beach with Mars
Image Credit & Copyright: Jack Fusco

Explanation: At the end of last year’s northern summer, after its dazzling opposition, Mars still shone brightly in the night. The celestial beacon easily attracted the attention of these two night skygazers who stood still for just a while, but long enough to be captured in the sea and night skyscape from Big Sur, planet Earth. Its central bulge near the southwestern horizon, the Milky Way runs through the scene too, while the long exposure also reveals a faint blue bioluminescence blooming in the waves along Pfeiffer Beach. Now much fainter, Mars can be spotted near the western horizon after sunset, but this month Jupiter is near its closest and brightest, reaching its own opposition on June 10. Night skygazers can spot brilliant Jupiter over southern horizons, glaring next to the stars toward the central Milky Way.