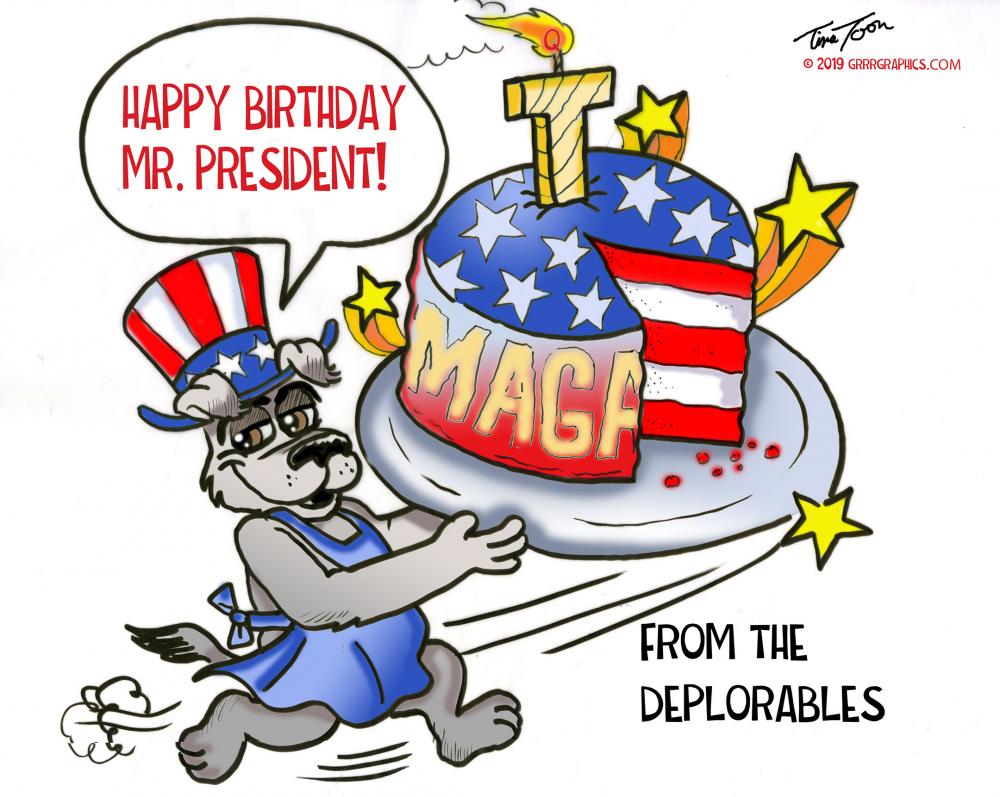 The globalists continue to push for war.

Had Hillary been elected, we probably would be mired in several of them by now. Fortunately she lost but the globalist Deep State still promotes war and they will continue to commit false flags to lure America into them. The propaganda will continue to fly about Iran and there will be much confusion. Some will urge war with that theocratic state while others will recommend restraint. 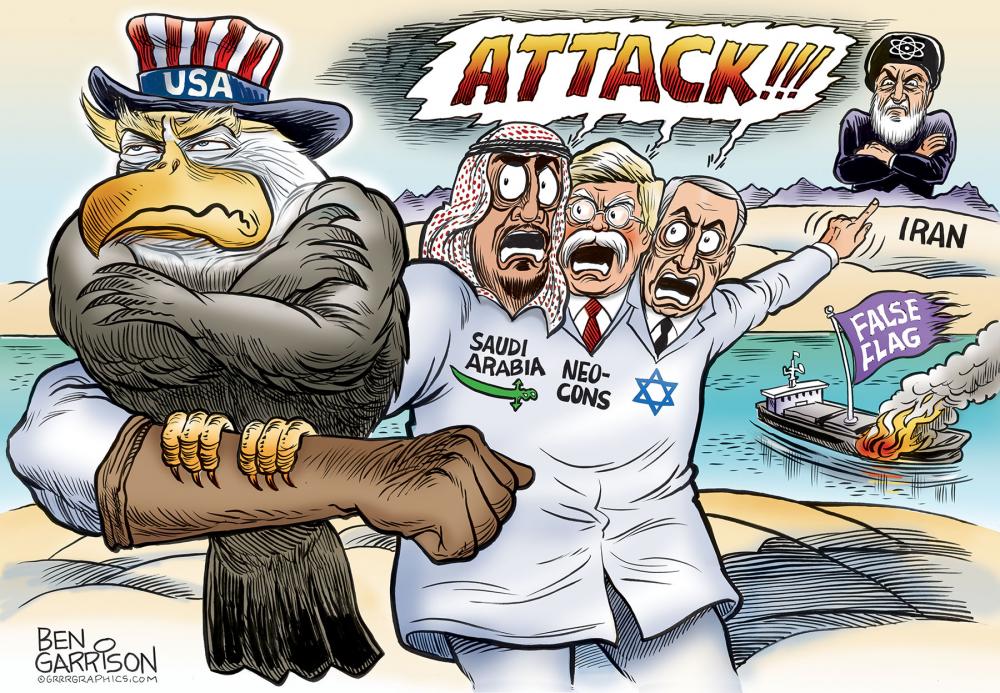 “The citizens of the United States are responsible for the greatest trust ever confided to a political society. If justice, good faith, gratitude and all the other qualities which ennoble the character of a nation and fulfill the ends of government be the fruits of our establishments, the cause of liberty will acquire a dignity and luster, which it has never yet enjoyed, and an example will be set, which cannot but have the most favorable influence on Mankind. If on the other side, our government should be unfortunately blotted with the reverse of these cardinal and essential virtues, the great cause which we have engaged to vindicate, will be dishonored and betrayed; the last and fairest experiment in favor of the rights of human nature will be turned against them; and their patrons and friends exposed to be insulted and silenced by the votaries of tyranny and usurpation.”

“The accumulation of all powers, legislative, executive, and judiciary, in the same hands, whether of one, a few, or many, and whether hereditary, self-appointed, or elective, may justly be pronounced the very definition of tyranny.”

“As the Legislative, Executive, and Judicial departments of the United States are co-ordinate, and each equally bound to support the Constitution , it follows that each must in the exercise of its functions be guided by the text of the Constitution according to its own interpretation of it.”

Patriotism means loving our country, not the government.

When you subsidize poverty and failure, you get more of both.

The Editor:  Why do you write some articles a day early, LL ?

The Early Cat Gets the Chipmunk:  Some days require a gift, and some people might not have remembered.  It gives them a day to get liquor or drugs.

Here are some fathers, mothers, and children using the people’s money for their special day.

California questions the security of their original secret-club.

The liberal rat-hole Oberlin College pleads poverty after losing their abusive case to real people.  Shut their doors.  Turn the buildings into homes for veterans. 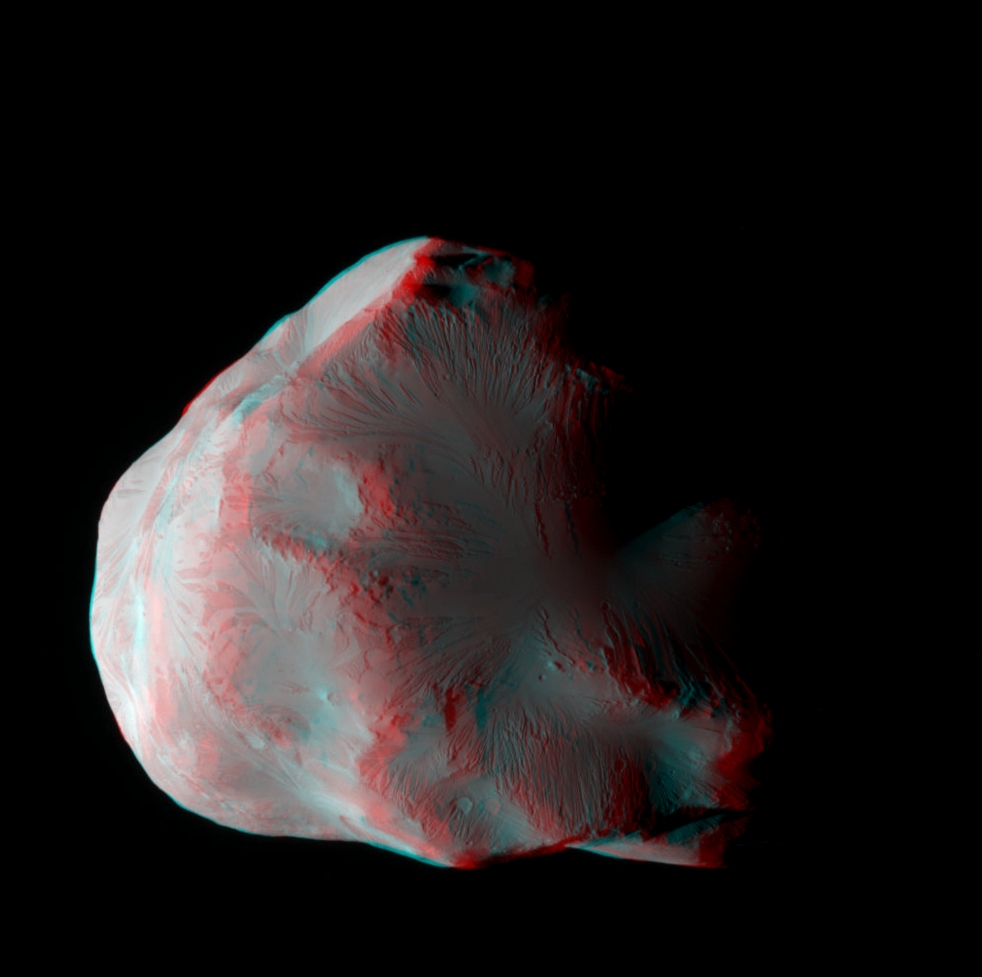 Explanation: Get out your red/blue glasses and float next to Helene, small, icy moon of Saturn. Appropriately named, Helene is one of four known Trojan moons, so called because it orbits at a Lagrange point. A Lagrange point is a gravitationally stable position near two massive bodies, in this case Saturn and larger moon Dione. In fact, irregularly shaped ( about 36 by 32 by 30 kilometers) Helene orbits at Dione’s leading Lagrange point while brotherly ice moon Polydeuces follows at Dione’s trailing Lagrange point. The sharp stereo anaglyph was constructed from two Cassini images captured during a close flyby in 2011. It shows part of the Saturn-facing hemisphere of Helene mottled with craters and gully-like features.