The Editor:  Is this about the band, LL ?

Who Dat Cat:   No, it’s about the pronoun who.  Who is paying to rebuild Notre Dame Cathedral, and who owns it ?

Who is writing the International Edition Political Cartoons for The New York Times ?  Nobody, they cancelled them because they couldn’t find an editor who doesn’t hate Jews.  Americans will be next.

Who are the DemocRATS running for President ?  Here is a picture of twenty of those who make the cut.  It looks like a FBI most wanted list of sex perverts, dope smugglers, and illegal children slave traders.

Who is making computer chips for our TOP SECRET F-35 FIGHTER JET ?   THE  CHINESE, THE AMERICAN GOVERNMENT DOESN’T KNOW WTF THE CHIP CAN ACTUALLY DO. 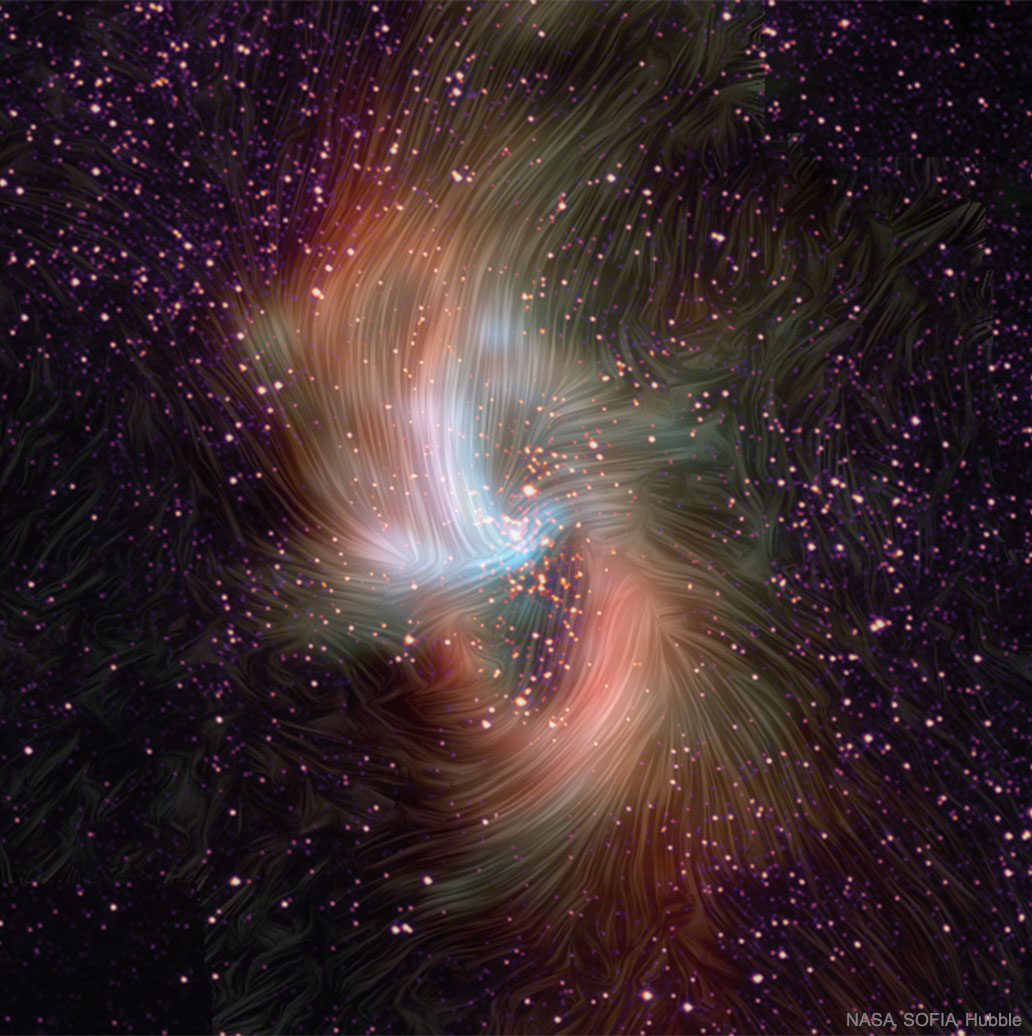 Explanation: What’s the magnetic field like in the center of our Milky Way Galaxy? To help find out, NASA’s SOFIA — an observatory flying in a modified 747 — imaged the central region with an instrument known as HAWC+. HAWC+ maps magnetism by observing polarized infrared light emitted by elongated dust grains rotating in alignment with the local magnetic field. Now at our Milky Way’s center is a supermassive black hole with a hobby of absorbing gas from stars it has recently destroyed. Our galaxy’s black hole, though, is relatively quiet compared to the absorption rate of the central black holes in active galaxies. The featured image gives a clue as to why — a surrounding magnetic field may either channel gas into the black hole — which lights up its exterior, or forces gas into an accretion-disk holding pattern, causing it to be less active — at least temporarily. Inspection of the featured image — appearing perhaps like a surreal mashup of impasto art and gravitational astrophysics — brings out this telling clue by detailing the magnetic field in and around a dusty ring surrounding Sagittarius A*, the black hole in our Milky Way’s center.