From Elton John’s 1997 album “The Big Picture.” Because of its combination with “Candle in the Wind 1997,” as a single it became the fastest and highest selling single of all time. It was the first song written for the album.

The Editor:  What is names about, LL ?    Here are losers from last night.

Unusual Cat:  Goofy names.  Here is a woman named Marijuana Pepsi Vandyck.  She got her PhD, so now she is Doctor.   She should change her name to Doctor Marijuana Chocolate Chip Cookie Pizza Pepper.

She also has a Heaven and Egypt in her new family.  This reminds me of when Horizontal Kamala was compared to Jan Brady.

This woman needs to change her name to Macadamia Nut White Chocolate Chip Cookie.  Pete isn’t minority enough, he should have married a black guy.

Here is a good idea—— charge a dollar a barrel for safe transportation.

Send this grandma to Florida to kill the wild monkeys, Iguanas, and Boa Constrictors  ( all imported animals with no natural enemies ). 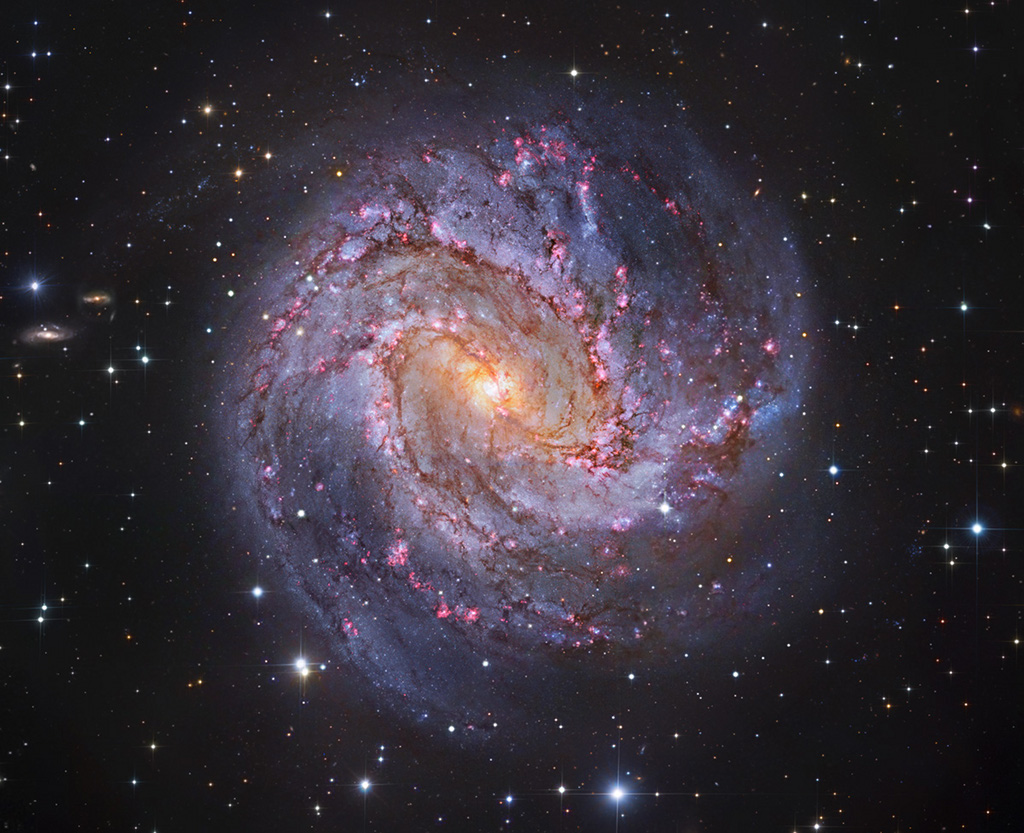 Explanation: Big, bright, and beautiful, spiral galaxy M83 lies a mere twelve million light-years away, near the southeastern tip of the very long constellation Hydra. Prominent spiral arms traced by dark dust lanes and blue star clusters lend this galaxy its popular name, The Southern Pinwheel. But reddish star forming regions that dot the sweeping arms highlighted in this sparkling color composite also suggest another nickname, The Thousand-Ruby Galaxy. About 40,000 light-years across, M83 is a member of a group of galaxies that includes active galaxy Centaurus A. In fact, the core of M83 itself is bright at x-ray energies, showing a high concentration of neutron stars and black holes left from an intense burst of star formation. This sharp composite color image also features spiky foreground Milky Way stars and distant background galaxies. The image data was taken from the Subaru Telescope, the European Southern Observatory’s Wide Field Imager camera, and the Hubble Legacy Archive.