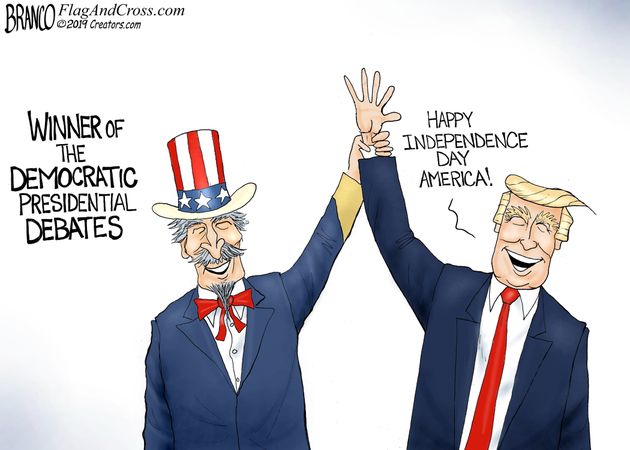 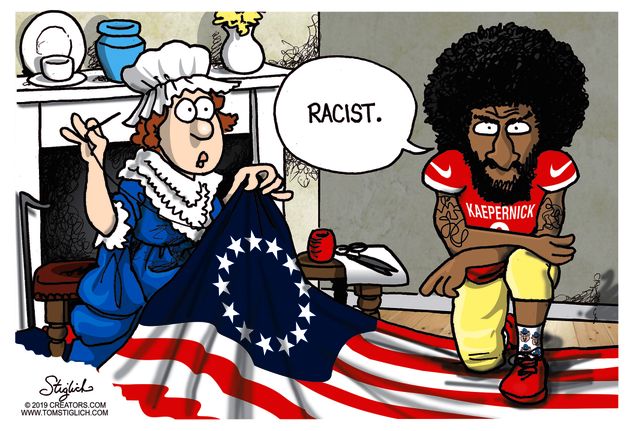 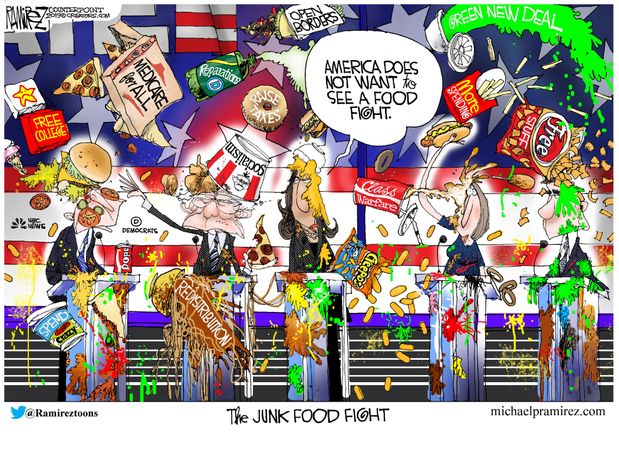 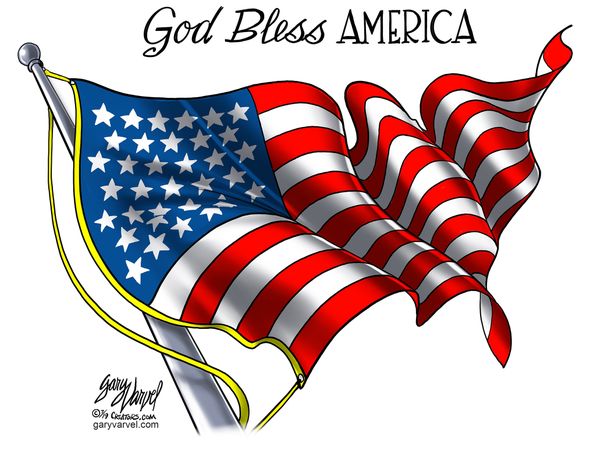 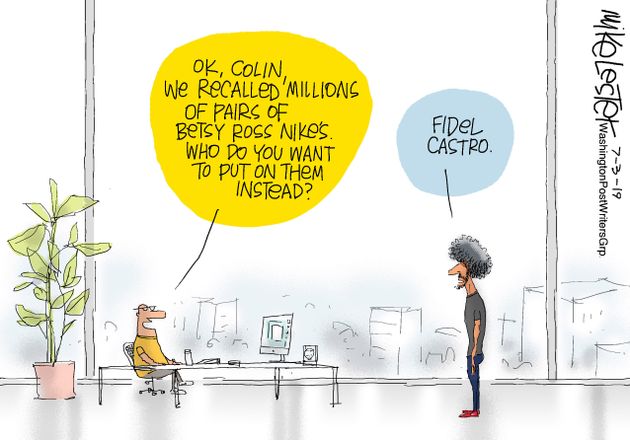 CALLER:   Is this Gordon’s Pizza

CALLER:
I must have dialed a wrong number.  Sorry.

CALLER:
OK.  I would like to order a pizza.

GOOGLE:
Do you want your usual, sir?

CALLER:
My usual? You know me?

GOOGLE:
According to our caller ID data sheet, the last 12 times you called you ordered an extra-large pizza with three cheeses, sausage, pepperoni, mushrooms and meatballs on a thick crust.

GOOGLE:
May I suggest that this time you order a pizza with ricotta, arugula, sun-dried tomatoes and olives on a whole wheat gluten-free thin crust?

CALLER:
What? I detest vegetable!.

GOOGLE:
Your cholesterol is not good, sir.

CALLER:
How the hell do you know!

GOOGLE:
Well, we cross-referenced your home phone number with your medical records.  We have the result of your blood tests for the last 7 years.

CALLER:
Okay, but I do not want your rotten vegetable pizza!  I already take medication for my cholesterol.

GOOGLE:    Excuse me sir, but you have not taken your medication regularly.  According to our database, you only purchased a box of 30 cholesterol tablets once, at Drug RX Network, 4 months ago.

CALLER:
I bought more from another drugstore.

GOOGLE:
That doesn’t show on your credit card statement.

CALLER:
I paid in cash.

GOOGLE:
But you did not withdraw enough cash according to your bank statement.

CALLER:
I have other sources of cash.

GOOGLE:   That doesn’t show on your last tax return unless you bought them using an undeclared income source, which is against the law.

CALLER:
WHAT THE HELL!!!

GOOGLE:
I’m sorry, sir, we use such information only with the sole intention of helping you.

CALLER:
Enough already!  I’m sick to death of Google, Facebook, Twitter, WhatsApp and all the others.  I’m going to an island without internet, cable TV, where there is no cell phone service and no one to watch me or spy on me.

GOOGLE:
I understand sir, but you need to renew your passport first.  It expired 6 weeks ago…

A man named Tom Nicholson posted on his Facebook account the sports car that he had just bought and how a man approached and told him that the money used to buy this car could’ve fed thousands of less fortunate people. His response to this man made him famous on the internet.

A guy looked at my Corvette the other day and said, “I wonder how many people could have been fed for the money that sports car cost.”

I replied I am not sure;

it fed a lot of families in Bowling Green, Kentucky who built it,

it fed the people who make the tires,

it fed the people who made the components that went into it,

it fed the people in the copper mine who mined the copper for the wires,

it fed people in Decatur IL. at Caterpillar who make the trucks that haul the copper ore.

and fed the people working at the dealership and their families.

BUT,… I have to admit, I guess I really don’t know how many people it fed.

That is the difference between capitalism and welfare mentality.

When you buy something, you put money in people’s pockets and give them dignity for their skills.

When you give someone something for nothing, you rob them of their dignity and self-worth.

Capitalism is freely giving your money in exchange for something of value.

Socialism is taking your money against your will and shoving something down your throat that you never asked for.

ALSO, PLEASE NOTE THAT MICK JAGGER DID NOT

CHOOSE TO GET HIS  HEART VALVE REPAIRED BY THE

A thoughtful article from a Spanish writer.

What really died at Auschwitz? Here’s an interesting viewpoint.

The following is a copy of an article written by Spanish writer
Sebastian Vilar Rodriguez and published in a Spanish newspaper.
It doesn’t take much imagination to extrapolate the message to the
rest of Europe – and possibly to the rest of the world.

I walked down the streets in Barcelona and suddenly discovered
a terrible truth – Europe died in Auschwitz . . .
We killed six million Jews and replaced them with 20 million Muslims.
In Auschwitz we burned a group of people who represented culture,
thought, creativity, talent. We destroyed the chosen people, truly chosen,
because they produced great and wonderful people who made great
contributions to the world, and thus changed the world.

The contribution of today’s Jewish people is felt in all areas of life:
science, art, international trade, and above all, as the conscience
of the world. Look at any donors’ board at any symphony, art museum,
theater, art gallery, science center, etc. You will see many many
Jewish surnames. These are the people who were burned.
Of the 6,000,000 who died, how many would have grown up to be
gifted musicians, doctors, artists, philanthropists?

And under the pretense of tolerance, and because we wanted to
prove to ourselves that we were cured of the diseases of racism and
bigotry, Europe opened our gates to 20 million Muslims,
who brought us stupidity and ignorance, religious extremism and
lack of tolerance, crime and poverty, due to an unwillingness to
work and support their families with pride.

They have blown up our trains and turned our beautiful Spanish cities
into the third world, drowning in filth and crime.
Shut up in the apartments they receive free from the government,
they plan the murder and destruction of their naive hosts.

And thus, in our misery, we have exchanged culture for
fanatical hatred, creative skill for destructive skill,
intelligence for backwardness and superstition.
We have exchanged the pursuit of peace of the Jews of Europe and
their talent for a better future for their children, their determined
clinging to life because life is holy, for those who pursue death,
for people consumed by the desire for death for themselves and
others, for our children and theirs.

What a terrible mistake was made by miserable Europe.

Recently, the UK debated whether to remove The Holocaust
from its school curriculum because it ‘offends’ the Muslim population
which claims it never occurred. It is not removed as yet.
However, this is a frightening portent of the fear that is gripping
the world and how easily each country is giving in to it.

It is now approximately seventy years after the Second World War
in Europe ended. This e-mail is being sent as a memorial chain,
in memory of the six million Jews, twenty million Russians,
ten million Christians, and nineteen-hundred Catholic priests who
were murdered, raped, burned, starved, beaten, experimented on and
humiliated. Now, more than ever, with Iran, among others,
claiming the Holocaust to be ‘a myth,’ it is imperative to make sure
the world “never forgets.”

How many years will it be before the attack on the World Trade Center
‘NEVER HAPPENED’ because it offends some Muslim in the United States?

If our Judeo-Christian heritage is offensive to Muslims,
they should pack up and move to Iran, Iraq or some other Muslim country.

We must wake up the world before it’s too late.

“If you do not take an interest in the affairs of your government,
then you are doomed to live under the rule of fools.”
– Plato

I can answer the question above that I highlighted in purple. The answer is No Years…you will remember this event. I hope you will open the link and click on Tucker Carlson’s monologue below to refresh your memory. Watch it and save it for your Grandchildren to show how insignificant American lives are to this muslim congressbitch.

The BeanBlossom bridge, World Guide Number 14-07-01, was built by Joseph Basley across Beanblossom Creek southwest of Beanblossom, Brown County, Indiana in 1880 at a cost of $1,175. It is a 69 foot long Howe truss variation. It is still in service. Until it was bypassed in 1936 by IN-135 it was on the main road to Nashville, IN from the north.

The Editor:  Are you worried about America, LL ?

Patriot Cat:   She might have passed from critical to grave.  Here are some various degrees of incompetent or corrupt government.

This SKANK should be expelled from Congress.

These creeps should be banned from any show with news in the title.

Explanation: If you could fly across Titan, what would you see? To find out and to better explore this exotic moon of Saturn, NASA recently green-lighted Dragonfly, a mission to Titan with plans to deploy a helicopter-like drone. Saturn’s moon Titan is one of the largest moons in the Solar System and the only moon known to have a thick atmosphere and changing hydrocarbon lakes. After development, building, testing, and launch, Dragonfly is currently scheduled to reach Titan in 2034. The featured animated video envisions Dragonfly arriving at Titan, beginning its airborne exploration, landing to establishing a radio link back to Earth, and then continuing on to another trans-Titanian flight. It is hoped that Dragonfly will not only help humanity better understanding Titan’s weather, chemistry, and changing landscape, but also bolster humanity’s understanding of how life first developed on our young Earth.