During my shift in the Emergency Room last night, I had the pleasure of evaluating a patient whose smile revealed an expensive shiny gold tooth, whose body was adorned with a wide assortment of elaborate and costly tattoos, who wore a very expensive brand of tennis shoes and who chatted on a new cellular telephone equipped with a popular R&B ring tone. While glancing over her patient chart, I happened to notice that her payer status was listed as “Medicaid”!( A Completely Free Healthcare Program provided by our Government) During my examination of her, the patient informed me that she smokes more than one costly pack of cigarettes every day and somehow still has money to buy pretzels and beer.

And, you and our Congress expect me to pay for this woman’s health care? I contend that our nation’s “health care crisis” is not the result of a shortage of quality hospitals, doctors or nurses. Rather, it is the result of a “crisis of culture”, a culture in which it is perfectly acceptable to spend money on luxuries and vices while refusing to take care of one’s self or, heaven forbid, purchase health insurance. It is a culture based on the irresponsible credo that “I can do whatever I want to because someone else will always take care of me.”

Once you fix this “culture crisis” that rewards irresponsibility and dependency, you’ll be amazed at how quickly our nation’s health care difficulties will disappear.

HAVE THE DEMOCRATS DISCOVERED THE CONSTITUTION?

For many years, the democrats have found the Constitution to be an impediment to their goals. To get around that document, they have invented the concept of a flexible Constitution, one that must be interpreted not as written, and not in accord with the intent of those who wrote it, but instead as one that changes according to the moment – the moment always being the current Democratic Party Agenda. Their motto is, the Constitution be damned. One federal judge has gone so far as openly aver that the Constitution is completely irrelevant, implying that it should be ignored or scrapped entirely. (Thank God this SOB retired from the bench in 2017.)

However, now that President Trump has vowed to build a border wall without explicit legislative approval, those Democrats who are opposed are hypocritically arguing that the Constitution forbids him doing that. Yes, the Constitution suddenly must be followed to the letter. Even some Republicans who strongly favor the wall are worried that a future president might use Trump’s precedent to unilaterally enforce policies that the left has vowed to enact, such as banning fossil fuels or confiscating privately owned guns.

But that is already the case. The constitution has been being violated for decades now, or, at the least, flagrantly misinterpreted. One example is the birthright citizenship, which has enticed thousands of illegal aliens to enter the United States explicitly for the purpose of giving birth to a child on U.S. soil, thereby imparting natural citizenship, with the subsequent chain migration of his relatives. No reasonable case can be made that this was the intent of the Framers. Another example is the Tenth Amendment, which explicitly forbids the federal government from using powers it does not have., those not enumerated in the Constitution. Rarely is this amendment invoked to prevent government overreach. Had it been enforced over the years, the abuse of federal powers would have been significantly reduced.

The nation desperately needs a broad framework of laws and policies that will protect the taxpayer from being overburdened by a flood of poorly skilled low-wage workers who do not share our values or even our language. Those need laws and policies are not enacted, nor enforced when enacted, because Democratic politicians seek the votes of those who depend on welfare, while wealthy corporations seek their cheap labor, passing the costs on to society.

The process has been used against us. President Trump rightly understands that immediate action is needed to reverse the neglect and malfeasance by those who demand that the process be followed, at least when it serves their purposes. He is taking that action.

“If this country is to survive and prosper, we must summon the courage to condemn and reject the liberal agenda, and we had better do it soon.” – Walter Williams

It is easier for a camel to go through the eye of a needle than to find one American hating moron Democrat in Washington D.C. with any common sense. 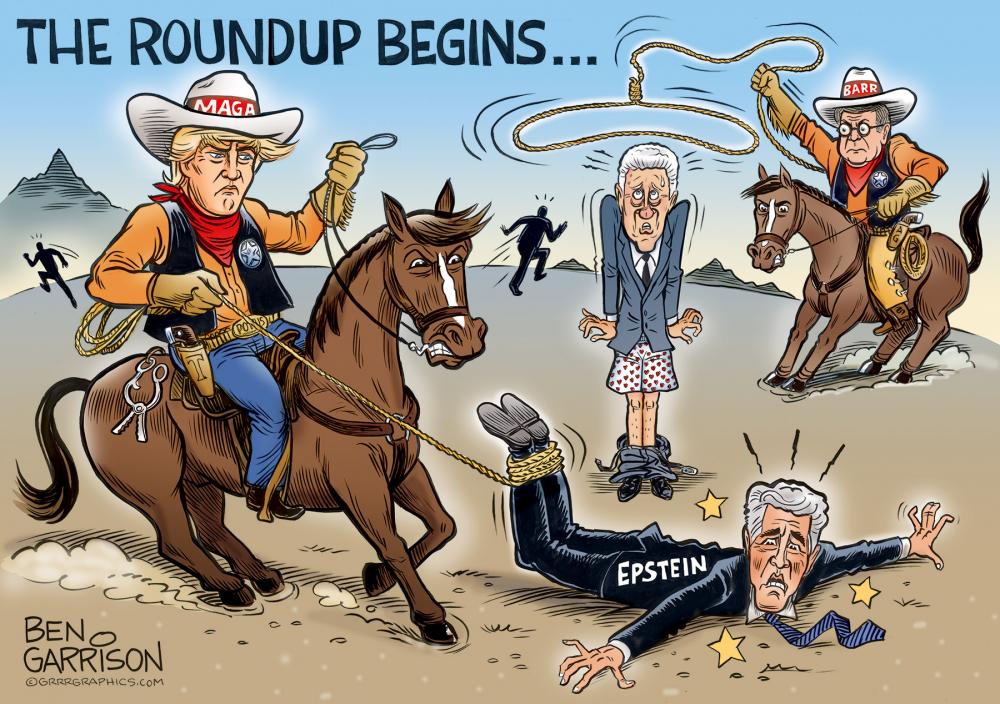 Jefferey Epstein, the billionaire pedophile, looks like he will finally face justice.

A lot of his friends and associates are most likely very nervous right now, but anyone who abused children with him need to be exposed and prosecuted. This will be much bigger than the NXIVM sex scandal.

The biggest name has to be Bill Clinton, who made over two dozen trips to Little St. James Island aboard Epsteins’s private jet known as the ‘Lolita Express.’ Hillary is also involved and one can only hope that this latest scandal will finally end another possible run for the presidency.

Kudos to Mike Cernovich for his lawsuit that forced the release of information related to Epstein’s case. It shows that citizen activists and journalists can effect change.

If Trump can get this past the doctors, lawyers, pharmacist,  insurance companies, drug companies,  hospitals,  and Congress he deserves more Secret Service protection.

Felinus Reporter:   That is from the ancient Romans, it means let the buyer beware.  What it really means is don’t believe anything the seller says or advertises.  Here is a good example.

Where it really becomes important is in politics.  Don’t believe anything politicians say, they make the laws that govern their actions.  The media is even worse, always check several sources.  Both are unregulated and no experience is required.   This is what is needed.

Here is a good example of why I don’t believe 90 % of the media.   BUYER BEWARE.

It was a sad day in Kentucky.

Watch out for giant Yellow Jacket nests in the South.