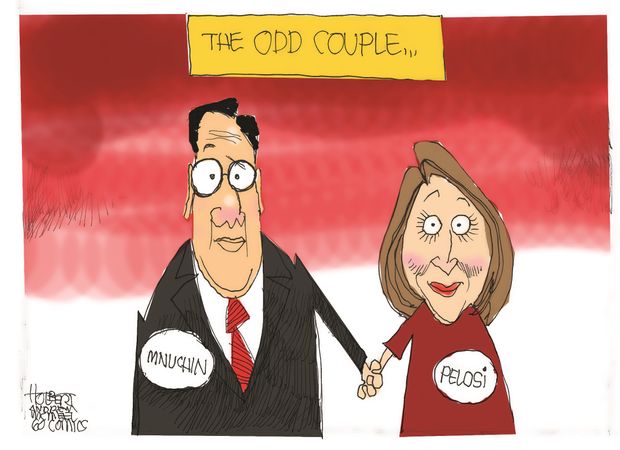 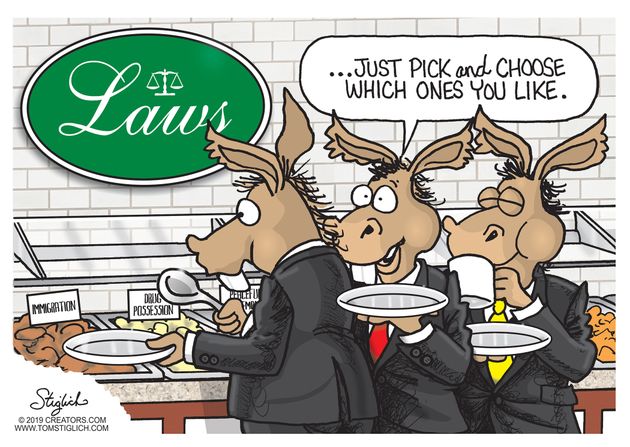 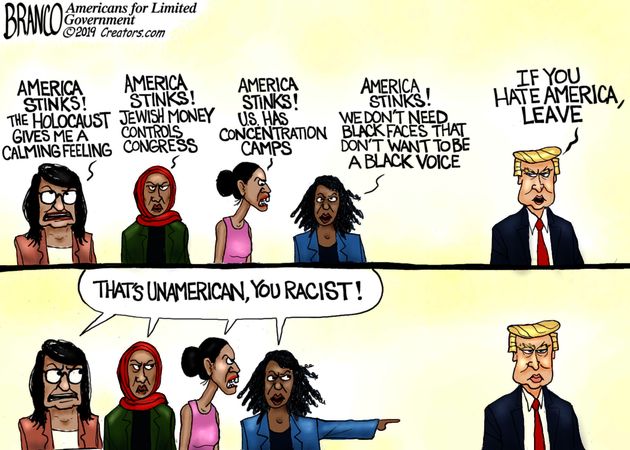 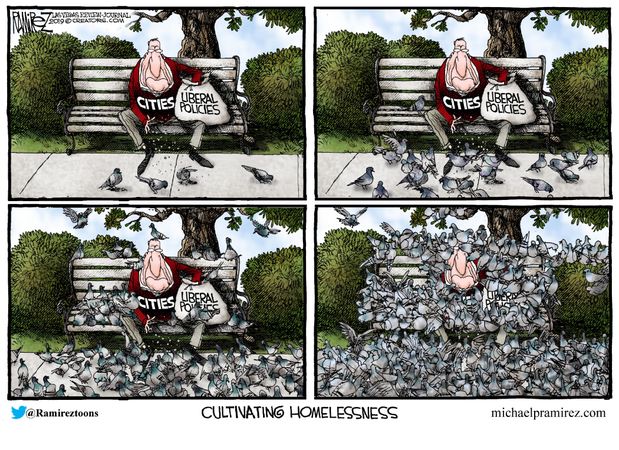 I HOPE THIS MURDERER IS STILL ALIVE TODAY AND HAS WHIPLASH FROM LOOKING OVER HIS SHOULDER FOR THE LAST THIRTY-FIVE YEARS. BUT MOST OF ALL……I HOPE MY FRIEND, BECKY, HAS THE PLEASURE OF WATCHING HIM GO ON TRIAL AND THAT JUSTICE IS SERVED WITH THE FULL FORCE OF THE LAW PLUS THIRTY-FIVE YEARS OF VENGEANCE.

On July 16, 1984, Donna Ogletree Johnson, a 28 year old white female, left her home in rural Lamar County, Georgia, en route to a nearby dumpster to empty trash. She never returned to the residence. Her automobile and two small dogs were found parked at the dumpster a few hours later by a passerby, but Ms. Johnson was not found. According to friends and relatives of Ms. Johnson, this was both unusual and suspicious.

Law enforcement officers from the Lamar County Sheriff’s Department in Barnesville, Georgia were dispatched to the abandoned car immediately. Rene M. Hood, a deputy sheriff for Lamar County, was the first law enforcement officer on the scene. She was notified at 4:40 p.m., July 16, 1984. Upon responding to the scene and being familiar with Ms. Johnson, Deputy Sheriff Hood immediately knew that something was terribly wrong.

A search party was organized shortly thereafter, consisting of Lamar County and surrounding area law enforcement authorities. The Georgia Bureau of Investigation, Region Six Office in Milledgeville was also called by then Lamar County Sheriff Frank Monaghan to assist in the investigation. Shortly after the discovery of the vehicle, a heavy downpour of rain began which hampered investigative and search efforts.

At 8:52 p.m., the body of Donna Ogletree Johnson was found bound and gagged in the rain filled ruts of an abandoned logging road. By the time her body was found, the heavy downpour had washed away much of the potential evidence that may have helped in the investigation.

Witnesses including neighbors, acquaintances, relatives and passersby have been interviewed over the years since Ms. Johnson’s murder. However, no strong suspect has ever been developed.

IF, FOR SOME REASON, HE IS NOT BROUGHT TO EARTHLY JUSTICE….I HAVE THE BIBLICAL KNOWLEDGE THAT…HELL BURNS HOT AND FOREVER IS A MIGHTY LONG TIME.

Does it get worse for a presidential candidate when his own hometown populist newspaper calls for his booting, in the main for being a shiftless, lazy bum? That’s effectively New York Mayor Bill de Blasio’s story, based on his non-service to New York City during a big blackout, according to an editorial in the New York Post. It begins this way: “The lights went out on Broadway Saturday night, and Bill de Blasio was a thousand miles away in Iowa. It was the moment that perfectly captured his distracted, ego-driven failure of a mayoralty. Bill de Blasio does not care about New York City. He does not care about its people. He does not care about how it’s run. He does not care about you or your taxes, creating jobs or improving lives. All Bill de BLasio cares about is Bill de Blascio. And so, for the good of the city, Gov. Andrew Cuomo needs to remove the mayor from office.” It’s bad because the argument against the avowed socialist is made not because of de Blasio’s favored socialism’s failures (which are abundant enough in New York) but for the New Yorkiest of reasons – that the guy is lazy and doesn’t do his job.

The city over the weekend endured one of its famous blackouts – the kind of which legends are made. When these things happen – and they happen about once a decade or two, a global spotlight is cast on the city, wondering if the city will descend into mayhem – or some kind of love-in. Both have happened in the past, and with nobody entirely sure why, we know the reason why the world watches.  Was de Blasio there? Nope, at a time when the city needed him, he was someplace else, campaigning for president in Iowa, where apparently nobody wants him anyway. He had his priorities and New York was not one of them. In Iowa, he sports something like 1% voting-for rate. One can only imagine what it might be over in New York, because instead of tending to business in New York, he was out vanity-campaigning, to no one’s interest but his own.

The Post cites his lousy performance as mayor of New York overall, questioning if he really wants to be there at all. There’s his failure to improve New York’s schools, his alienation of New York City cops – the Post actually could have focused a bit more on that because it was such a doozy with officers driven to turn their backs to him. But it’s just that Blasio has so many incompetences, and so many that  have happened ever since, that the editorial probably didn’t have enough room. Not only is de Blasio incompetent, he’s corrupt and mired in a lot of money and crony scandals, and the Post delivered its haymakers. In short de Blasio’s a miserable failure, brazently seeking to fail upward as president, fooling only himself his prospects for that one.

It’s a most satisfying editorial. De Blasio comes off as a stale can of socialism that’s long-ago reached his sell-by date, an ego-driven maniac who can bring himself to show up for work, one of many clowns in the Democrat’s car who’s got to go.

“If  our country is to survive and prosper, we must summon the courage to condemn and reject the liberal agenda, and we had better do it soon.”

My father always had a saying that describes Bill de Blasio to a tee. It went like this: “He is about as worthless as a hind tit on a boar hog.” But to come to think about it, that describes just about all of the American hating moron Democrats.

“What is history but the story of how politicians have squandered the blood and treasure of the human race.”

Another Failed Government Cat:  This is a sad disturbing video about Seattle, Washington.  Los Angles and many other cities with corrupt/incompetent/sanctuary governments are just as sad.   Reelect the Mayor and entire City Council.

This article appeared in Tolley’s Topics a few days ago.  This is already here in some cities and on the way nation wide.  We need to let about a million people from Hong Kong immigrate to Washington, D.C.

Michelle and Barry live in a better neighborhood, at the moment.  Those government contracts and favors are paying off big-time for the O’s.

Maybe Trump can appoint enough judges to save America.  Janis might have been right.

This guy wrote the song.

Explanation: Everybody saw the Moon. Nobody had ever been there. Humans across planet Earth watched in awe 50 years ago today as a powerful Saturn V rocket attempted to launch humans — to the Moon. Some in space flight guessed that the machinery was so complex, that so many things had to go right for it to work, that Apollo 11 would end up being another useful dress rehearsal for a later successful Moon-landing mission. But to the Moon they went. The featured video starts by showing astronauts Aldrin, Armstrong, and Collins making their way to the waiting rocket. As the large and mighty Saturn V launched, crowds watched from Cape Canaveral in Florida, USA and on television around the world. The events that unfolded over the next few days, including a dramatic moon walk 50 years ago this Saturday, will forever be remembered as a milestone in human history and an unrivaled demonstration of human ingenuity. This week, many places around the world are planning celebrations of the 50th anniversary of the first humans landing on the Moon.