On his deathbed they asked him where he wanted to be buried. Bob Hope replied: “Surprise me.”

I had forgotten that he lived to be 100, and also didn’t realize it has been over 15 years since he died.

For those of you too young to remember Bob Hope, ask your grandparents and thanks for the memories.

I HOPE THIS WILL PUT A SMILE ON YOUR FACE AND IN YOUR HEART.

ON TURNING 70 – “I still chase women, but only downhill.”

ON TURNING 80 – “That’s the time of your life when even your birthday suit needs pressing.”

ON TURNING 90 – “You know you are getting old when the candles cost more than the cake.”

ON GIVING UP HIS EARLY CAREER (BOXING) – “I ruined my hands in the ring. The referee kept stepping on them.”

ON GOLF – “Golf is my profession. Show business is just to pay the green fees.”

ON PRESIDENTS – “I have performed for 12 presidents but entertained only six.”

ON WHY HE CHOOSE SHOWBIZ FOR HIS CAREER – “When I was born, the doctor said to my mother, congratulations, you have an eight-pound ham.”

ON RECEIVING THE CONGRESSIONAL GOLD MEDAL – “I feel very humble, but I think I have the strength of character to fight it.”

ON HIS FAMILY’S EARLY POVERTY – “Four of us slept in the one bed. When it got cold, mother threw on another brother.”

ON HIS SIX BROTHERS – “That’s how I learned to dance. Waiting for the bathroom.”

ON HIS EARLY FAILURES – “I would not have had anything to eat if it wasn’t for the stuff the audience threw at me.”

ON GOING TO HEAVEN – “I have done benefits for ALL religions. I would hate to blow the hereafter on a technicality.”

Dear Lord –
Please give me a sense of humor,
give me the grace to see the jokes,
to get some humor out of life,
and pass it on to other folks.

To the person receiving this, please have the grace to pass it on to others.

Learn from yesterday, live for today, keep one hand on your wallet and don’t worry about tomorrow.

MUSLIM RELIGION IS NOT A RELIGION AT ALL BUT RATHER A PHILOSOPHY OF HATE!

In the USA, most of us were raised to say grace, schooled to say the Pledge of Allegiance every day in school, repeat “The Lord’s Prayer”. And to do no harm to persons or property and to respect our elders, neighbors and everyone. Learn to obey “The Ten Commandments”!! And the laws of our land…

Nowhere in the Koran does it teach these principles! Nowhere are acts of kindness taught! In depth it is a chronicle of hatred, given rights of torture, and death! Death to everyone that disbelieves in Islam! “Death to all Infidels” !!! So that sweet little lady in Walmart all wrapped up, with head coverings, is bound to their teachings… Does this mean she will slit your throat given the opportunity? In order for her to remain true to her faith… Yes! One day, the more than 11 million Muslims living in the USA will unite, whether by infiltration of our government or a civil war, it will happen! Muslims have already taken over large portions of several European cities. BTW go to Google to find in the USA where the Muslim population have taken over parts of large cities.

You decide how you want your grandchildren to live!!!

Have you ever seen a Muslim hospital?

Have you heard a Muslim orchestra?

Have you ever seen a Muslim band march in a parade?

Have you witnessed a Muslim charity?

Have you ever shaken hands with a Muslim Girl Scout?

Have you seen a Muslim Candy Striper?

The answer is no, you have not. Have you asked yourself WHY?

Barack Obama, during his Cairo speech, said: “I know, too, that Islam has always been a part of America’s history.”

Were those Muslims that were in America when the Pilgrims (were any Muslims on the ships?) first landed? Funny, I thought they were Native American Indians.

AN OPINION FROM THE DEPLORABLE INDIFEL

NBC News contributor Frank Figliuzzi said Tuesday that President Trump’s decision to fly American flags at half-staff until August 8, in response to the El Paso and Dayton shootings, could be seen by white supremacists as a nod to Adolf Hitler. Folks, you just can’t make this s**t up.

“Laws that forbid the carrying of arms disarm only those who are neither inclined nor determined to commit crimes.” 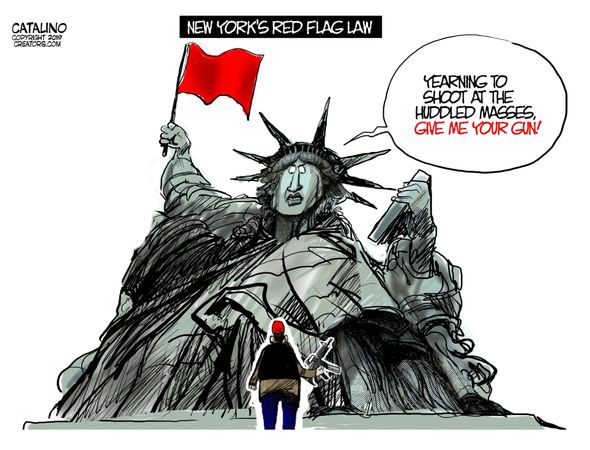 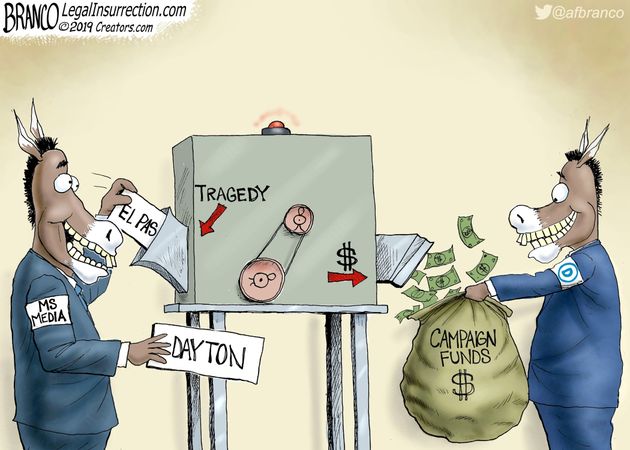 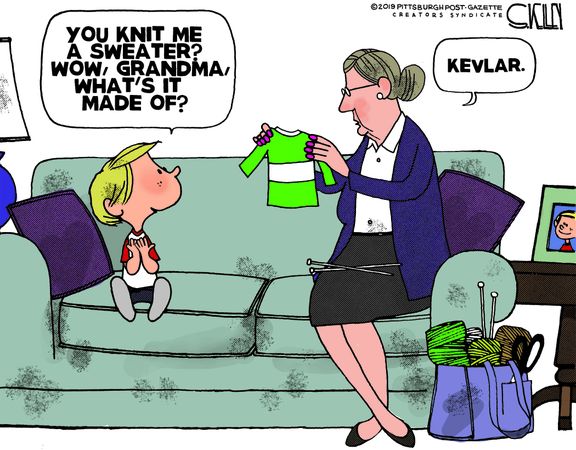 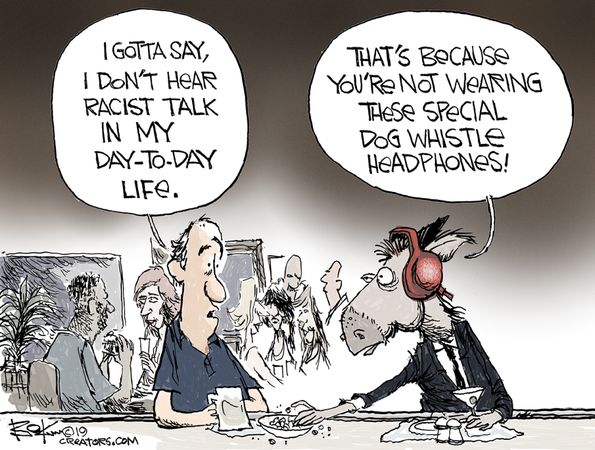 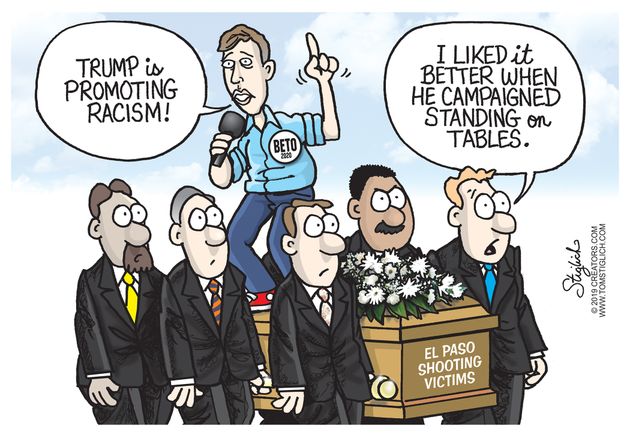 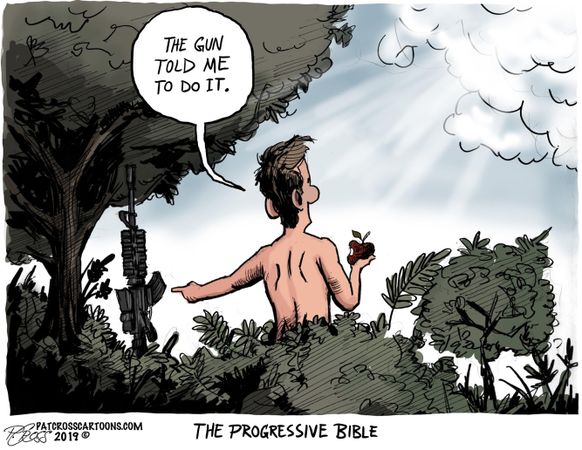 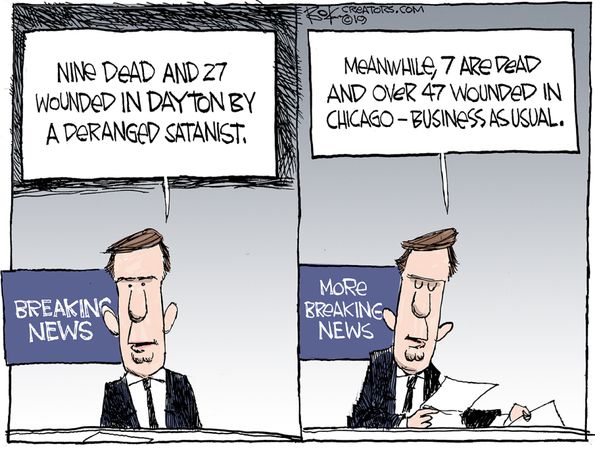 I know you have probably read Dan Brown’s best selling book or watched the movie titled, The Da Vinci Code.

To summarize, a murder in Paris’ Louvre Museum and cryptic clues in some of Leonardo da Vinci’s most famous paintings lead to the discovery of a religious mystery. For 2,000 years a secret society closely guards information that — should it come to light — could rock the very foundations of Christianity.

Well, hold on to your suspenders, cause YOU AIN’T SEEN NOTHING YET!

Frank Figliuzzi is a former FBI assistant director for counterintelligence. As if that is not insult enough after the Comey revelations, he is now an MSNBC Analyst. What a resume, huh? He demonstrated the media’s unhinged nature in the Trump era by claiming that Trump lowering the flags until August 8th, or “8/8,” was an appeal to neo-Nazis and Adolf Hitler supporters.

Here is the rationale Figliuzzi gave:

“The President said that we will fly our flags at half-mast until August 8th. That’s 8/8. Now, I’m not going to imply that he did this deliberately but I am using it as an example of the ignorance of the adversary that’s being demonstrated by the White House. The numbers “88” are very significant in neo-Nazi and white supremacy movement. Why? Because the letter ‘H’ is the eighth letter of the alphabet and, to them, the numbers “88” together stand for “Heil Hitler.”

You know I do not take the comments from Cranium Damaged Idiots lightly. I immediately contacted the most famous Voo Doo Witch Doctor in New Orleans. You have heard of her,  Marie Laveaux. She is that lovely witch that Doctor Hook sang about.

Well, Ms. Laveaux told me that she drug out all her witch paraphernalia and broke the code on the name, Figliuzzi. She totaled the number equivalents of his name it equals 125. Then she divided by 9, the number of letters in his name and OMG…..the answer is 13.8.

That don’t sound so good for Old Frank! But it will be no big deal for MSNBC to replace him.

They will just check another NUTT CASE out of the MSM ASYLUM.

END_OF_DOCUMENT_TOKEN_TO_BE_REPLACED

The Editor:  Is this about the novel and movie, LL ?

When California Was Fun Cat:  It sure is, the Steinbeck family has some sour grapes.  This is more confusing that the Demo’s debate.

Aretha was too busy to make a will.  The attorneys love it.

The Cleveland Native Americans have a mix-up.

The Bizarre Squad makes the news.

This is why I don’t trust my government.   Now they want to take your guns away if you have a sleepless night  (  Red Flag ).