There is snow out West.

The Editor:   Do you ever wonder why you went into reporting the news, LL ?

Answer Cat;  I sure do. Sometimes I want to climb a tall tree and jump out.  I tried it once and Amigo washed me down with a water hose.  This always cheers me up.  I wonder if the jokers in the second link are flying on  AIR FORCE ONE.

Here are some interesting items.

The Demowarthogs are just giving Republicans more reason to get out the vote.

What fools the dems are, goodness gracious.

(The Irish Rovers have dedicated a song to Cindy. It is “ready for play” below her birthday greeting …Because, “The Loveliest Of All Is The Unicorn”…..enjoy.) 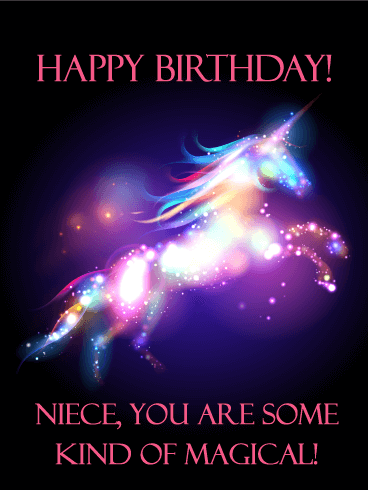 In the 1980s, San Francisco ophthalmologist was testing out new treatments for crossed eyes—and though he found it, what he also discovered was that his treatment had miraculous face-lifting side effects, leading to the creation of Botox.

There were a thousand pitfalls in prescribing the manner in which the national legislature should be organized. After the Declaration of Independence in 1776, the boisterous and sometimes tempestuous experience which the Founders observed in their own state legislatures taught them some pungent lessons by 1787 which they wrote into the Constitution to provide for the efficient operation of Congress.

If a person watches carefully for them, many of the “ancient principles” as well as the Founder’s more recent lessons in political experience will be observed in the intricate machinery provided for in Congress. Of course, there have always been those who have rated legislative bodies in terms of their “efficiency” which in the fascist states and the communist assemblies always means the rapid and enthusiastic endorsement of executive pronouncements. However, in the United States the Founders placed in the hands of Congress twenty enumerated powers, all of which have to be skillfully administered within the strict limitations, guidelines, or “chains” which the Constitution prescribes. This means that legislation, of necessity, must move solely through a screening process more refined than that of any other legislature in the world.

To the Founders, the goal was not more laws, but the preservation of freedom. The entire American success formula is based on this premise. With the Founders the maxim that “he who governs least, governs best” was not an idle adage.

“I consider the foundation of the Constitution as laid on this ground that all powers not delegated to the United States, by the Constitution, nor prohibited by it to the states, are reserved to states or to the people. To take a single step beyond the boundaries thus specially drawn around the powers of Congress, is to take possession of a boundless field of power, not longer susceptible of any definition.”

“In questions of power, then let no more be heard of confidence in man, but bind him down from mischief by the chains of the Constitution.”

“Liberty must at all hazards be supported. We have a right to it, derived from our maker. But if we had not, our fathers have earned and bought it for us, at the expense of their ease, their estates, their pleasure, and their blood.”

If “hate” were only defined in dictionary terms that would be welcome. However, “hate” is not defined by the dictionary but by the cultural far-left and their definition is “anything we can get away with”. They use the word “hate” as a cudgel to quash debate and to obtain power.

Ask not what you can do for your country, ask what your government is doing to you.

“All these are good, but I have made my favorites quite obvious by enlarging them… I guess you could say in my case, Size Does Matter!

I added the last one from a previous post to this collection, although it does not fit the subject matter, because I cannot quit laughing at the added comment from a faithful reader of Tolley’s Topics. If you do not appreciate this humor, you are on the wrong site.”

“Save your pity for Moochelle until the Climate Change Rising Oceans cover that 15 million dollar Ocean Front Mansion that she and BHO just purchased.

Did you, as a Taxpayer, get your Thank You note from this Very Poor community organizer turned Very Rich ex-president? Me either!”

The Editor:  Is the Golden State still turning to copper, LL ?

Si Senor Cat:  It might be turned into tin by now.  If disease doesn’t kill them all the giant rodents are undermining the dams and they will drown in flash floods.

The state of Georgia, USA loses enough tax money in foreigners replacing citizens in tech jobs to pay for the entire Legislature’s prostitutes, drug, liquor, and hotel rooms for their  entire session,  It meets for only forty ( 40 ) days a year.  As mentioned previously the ladies of the night even fly in from Las Vegas.

Look who is back.

Here is a partial repeat.

Today, ice cream fanatics have a choice between enjoying their treat in a cup or a cone, but that wasn’t always the case. According to the stories, it wasn’t until the 1904 St. Louis World’s Fair that someone came up with the idea to spin a wafer-like waffle into the shape of a cone, and this idea was birthed simply out of necessity. When an ice cream vendor at the fair ran out of dishes to serve his ice cream in, the vendor next to him—named Ernest A. Hamwi—came up with the idea to shape his waffles into cones as vessels for the frozen treat.