This is why you can’t give an inch on gun rights.  The New York law has already been expanded to school personnel.  I hope citizens have court cases protesting  red-flag laws.

“You can trust me on this….when the Democrats eventually end up in office…AND THEY WILL…the next thing that becomes open records will be your medical information. If you are on anti-depressants, nerve medicine or sleeping medication…THEY WILL COME FOR YOUR GUNS!

Our wonderful Veterans will not stand a chance. Once they are diagnosed with PTSD…..their guns will be taken away.”

Pulitzer Cat:  The New York Slime is king of sleaze, lies, distortions, and half-truths.  If Ted Kennedy were alive he would say “their stories are murky”.   Here are some political items.

Here are some assaults on the Second Amendment.

This is why you can’t give an inch on gun rights.  The New York law has already been expanded to school personnel.  I hope citizens have court cases protesting  red-flag laws.

California continues to be goofy ( it must be Disneyland ).

AT&T is still a crooked enterprise.

If you make believe.  everything can be coo, coo, ca choo.  San Francisco hasn’t been clean since. 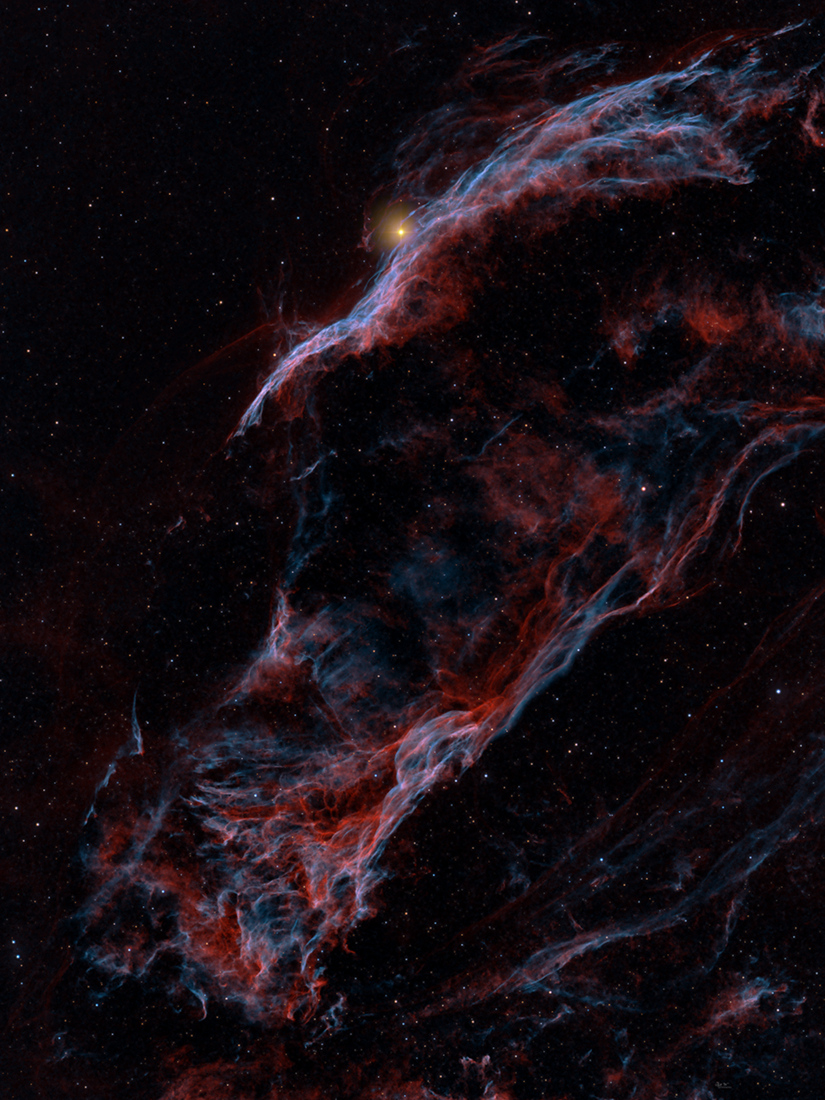 Explanation: Delicate in appearance, these filaments of shocked, glowing gas, are draped across planet Earth’s sky toward the constellation of Cygnus. They form the western part of the Veil Nebula. The Veil Nebula itself is a large supernova remnant, an expanding cloud born of the death explosion of a massive star. Light from the original supernova explosion likely reached Earth over 5,000 years ago. Blasted out in the cataclysmic event, the interstellar shock wave plows through space sweeping up and exciting interstellar material. The glowing filaments are really more like long ripples in a sheet seen almost edge on, remarkably well separated into atomic hydrogen (red) and oxygen (blue-green) gas. Also known as the Cygnus Loop, the Veil Nebula now spans nearly 3 degrees or about 6 times the diameter of the full Moon. While that translates to over 70 light-years at its estimated distance of 1,500 light-years, this telescopic image of the western portion spans about half that distance. Brighter parts of the western Veil are recognized as separate nebulae, including The Witch’s Broom (NGC 6960) along the top of this view and Pickering’s Triangle (NGC 6979) below and left.

In 1826, chemist John Walker discovered what are now matchsticks when he accidentally scraped a stick coated in chemicals across his hearth and found that it caught fire. Walker’s “Friction Lights,” as he called them, were originally made out of cardboard, but eventually he switched over to using wooden splints and sandpaper.