Many people have enjoyed their FIFTIETH High School reunion this year. Here are a few highlights from that year.

The number one song (although opinions differ) was Get Back, by The Beatles.

The number one movie was Butch Cassidy and The Sundance Kid.

April 23 | Sirhan Sirhan sentenced
Sirhan Sirhan, convicted of murdering New York Sen. Robert F. Kennedy during the 1968 presidential campaign, is sentenced to death a week after being found guilty. Three years later, his sentence is commuted to life in prison after California abolishes the death penalty.

May 18 | Apollo 10
The Apollo 10 mission is a dress rehearsal for the lunar landing module. This mission tested “all aspects of the lunar landing mission exactly as it would be performed, except for the actual landing,” according to NASA. It also transmitted the first color pictures of Earth from space.

May 23 | The Who releases “Tommy”
The Who, a key band of the 1960s British Invasion, releases the rock opera “Tommy.” The double album features songs like “Pinball Wizard” and “Tommy, Can You Hear Me?”

May 24 | Beatles’ “Get Back” is No. 1
“Get Back” by the Beatles becomes the top song on Billboard’s list and stays there for five weeks. Released as a single, the song later appeared on the “Let it be” album. “Aquarius/Let the Sunshine in” by the Fifth Dimension was the second song on the list for that week.

May 25 | “Midnight Cowboy” released
John Schlesinger’s “Midnight Cowboy,” starring Jon Voight and Dustin Hoffman, is released with an X rating, the first ever in wide release. The film received seven Academy Award nominations and won three, including best picture. Other notable movies released during that year include “Butch Cassidy and the Sundance Kid,” “Easy Rider” and “True Grit.”

June 3 | Last episode of ‘Star Trek’ airs
The last episode of the original “Star Trek” airs on NBC. During the episode, titled “Turnabout Intruder,” one of Captain Kirk’s former lovers steals his body.

June 8 | Nixon and Vietnam
President Nixon, after being elected on a campaign pledge to pull troops out of Southeast Asia, announces the withdrawal of 25,000 U.S. troops from Vietnam.

June 9 / June 23 | Burger becomes chief justice
Appointed by President Nixon, Warren Burger is confirmed as the chief justice of the Supreme Court on June 9, succeeding Earl Warren. Two weeks later, he is sworn in. In 1973, Burger votes with the majority in the landmark Roe v. Wade case, establishing a woman’s right to an abortion.

June 28 | Stonewall riots
A confrontation between gay rights activists and police outside the Stonewall Inn — a gay bar in Greenwich Village, New York City — escalates into a riot. Over the next four decades, the riots act as a symbolic force for the burgeoning gay rights movement.

July 24 | Muhammad Ali convicted
Boxing champion Muhammad Ali is convicted of evading the draft after he refused to be inducted into the U.S. Army. Two years earlier, Ali applied for an exemption as a conscientious objector but was denied. He was stripped of his fighting license and title. He returned to the ring in 1970, and his conviction was overturned by the U.S. Supreme Court in 1971.

August 9-10 | The Manson murders
During a two-night rampage, pregnant actress Sharon Tate and seven others are killed by Charles Manson and his “Family.” Manson and four others — Susan Atkins, Patricia Krenwinkel, Charles “Tex” Watson and Leslie Van Houten — were later convicted of murder and other charges. Their death sentences were commuted to life imprisonment in 1972.

August 14 | The Miracle Mets
The New York Mets fall nine games behind the Chicago Cubs in the National League race but, led by future Hall of Fame pitchers Nolan Ryan and Tom Seaver, stage a comeback in the months that followed to capture the pennant. They went on to defeat the Baltimore Orioles for the Word Series title.

August 15-18 | Woodstock
Nearly 400,000 people show up at a farm in Bethel, New York, for a music festival that features legendary acts Jimi Hendrix, the Who, the Grateful Dead, Janis Joplin and Sly and the Family Stone. The event would help define an era.

August 17 | Hurricane Camille
More than 250 people are killed in Mississippi and Louisiana when Hurricane Camille strikes the United States mainland. At its peak, Camille was a Category 5 storm, packing winds stronger than 200 mph and leaving tides measuring higher than 20 feet in its wake.

September 24 | The “Chicago 8” trial begins
A trial gets under way for eight people — known as the “Chicago 8” — who were indicted on charges connected with protests at the Democratic National Convention in Chicago. After a long, raucous trial, two were acquitted, and the others were convicted on various charges. Eight police officers were also indicted in connection with the disorder in Chicago.

The 1969 graduates with whom I have communicated, from several states, thoroughly enjoyed reuniting with their classmates from a half century ago.

At that point in time, the minimum wage was only $1.40 per hour but a gallon of gasoline only cost thirty-five cents.

I graduated from Pike County High School in Zebulon, Georgia in 1969. 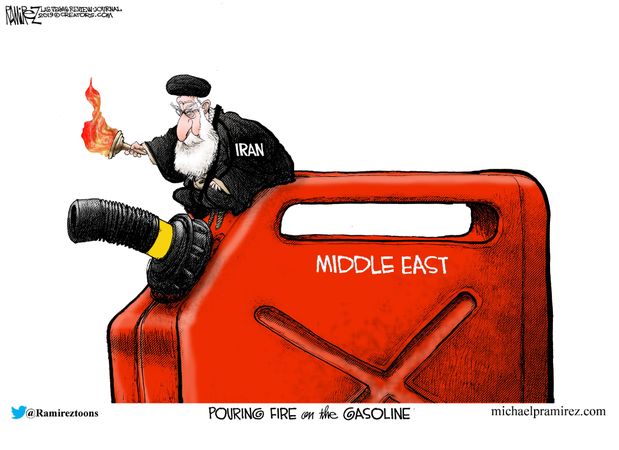 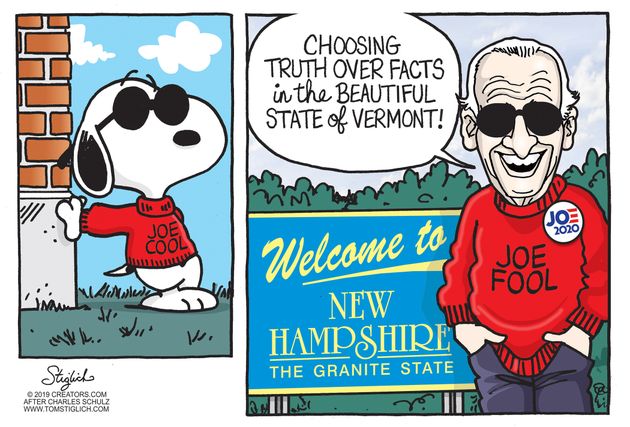 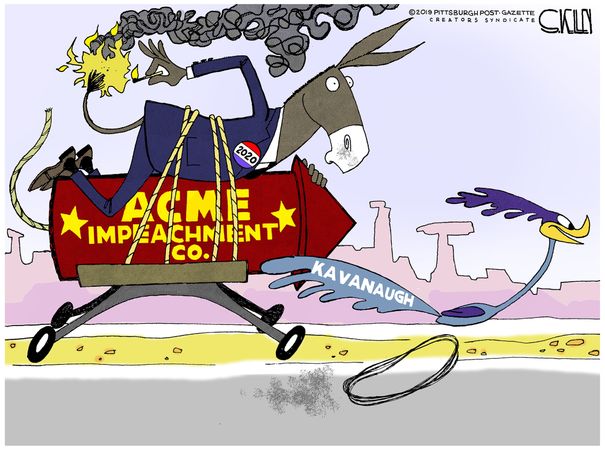 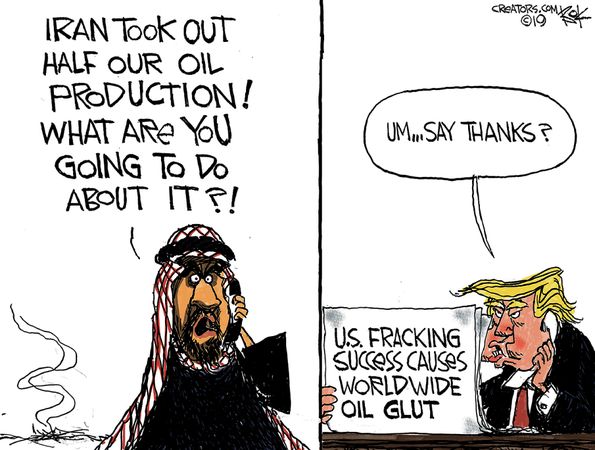 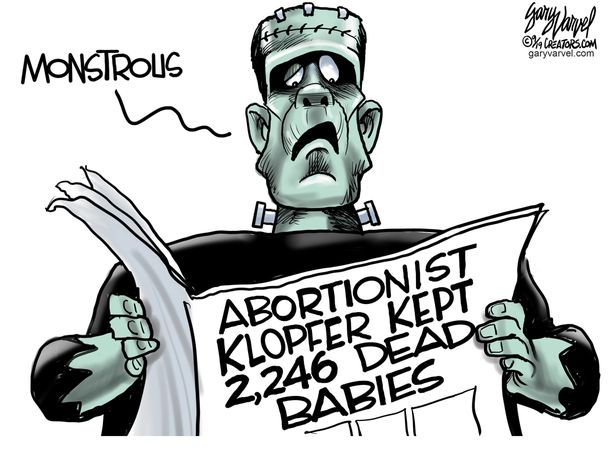 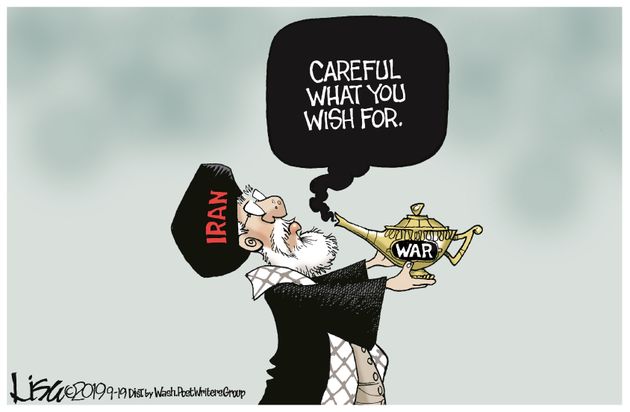 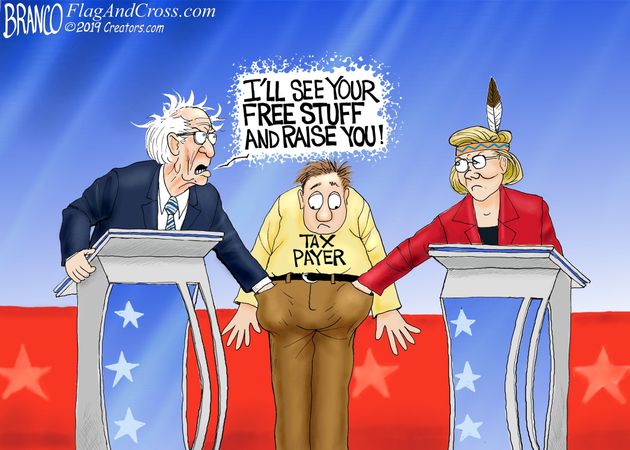 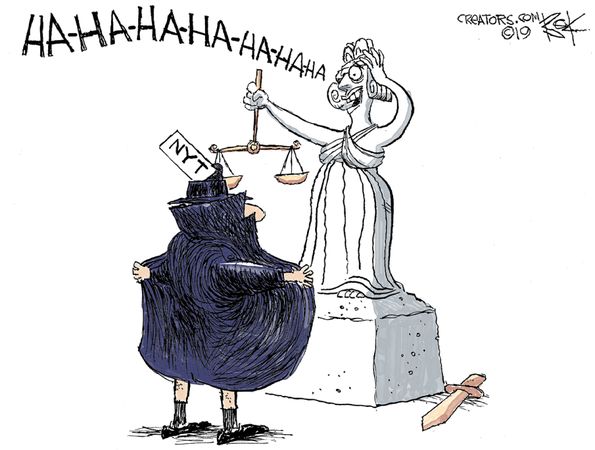 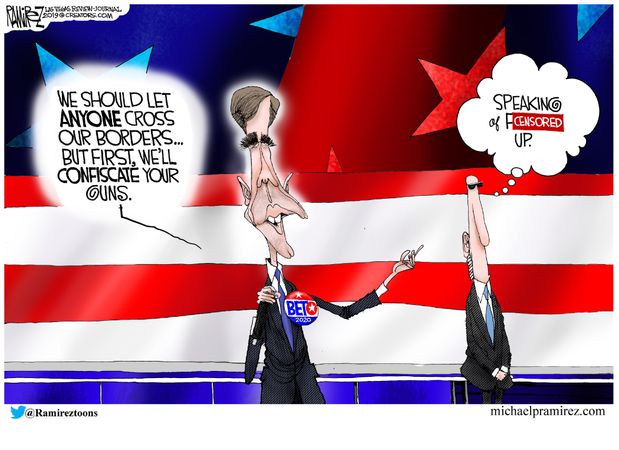 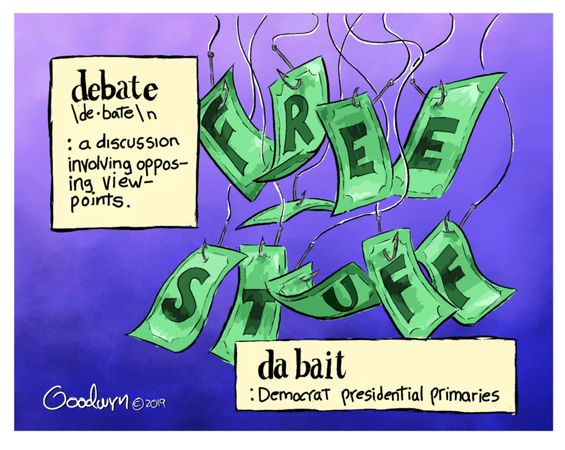 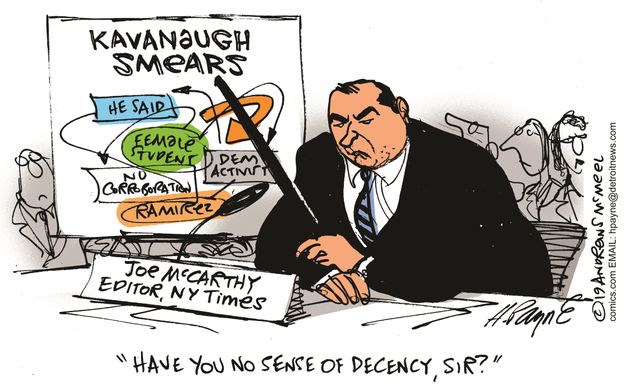 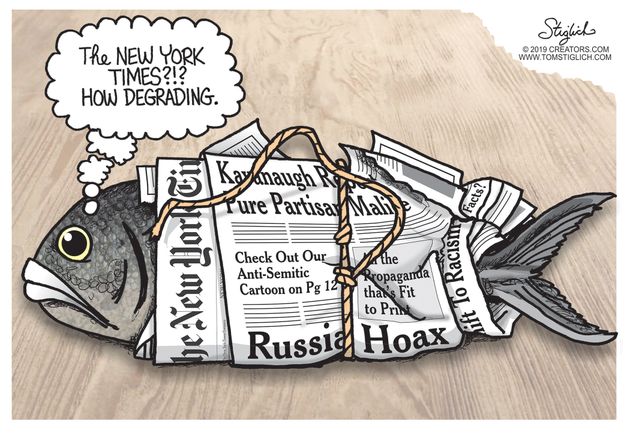 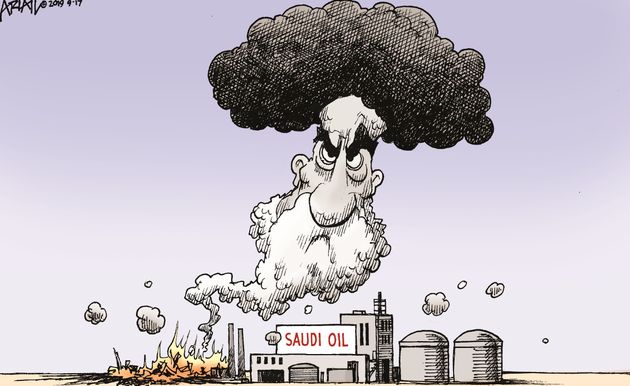 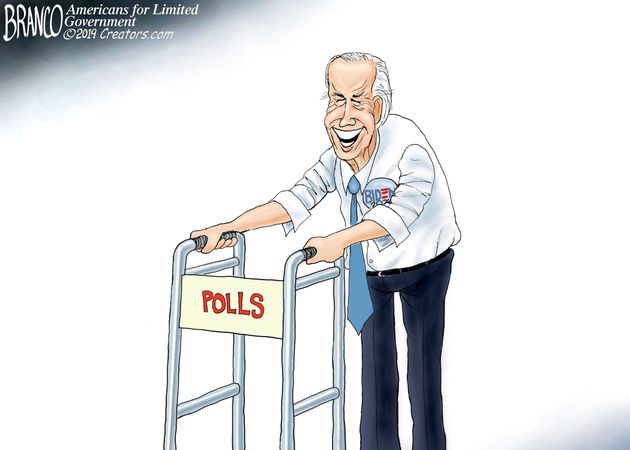 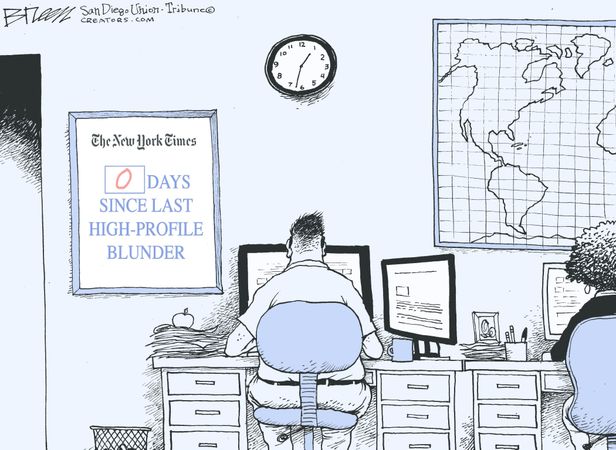 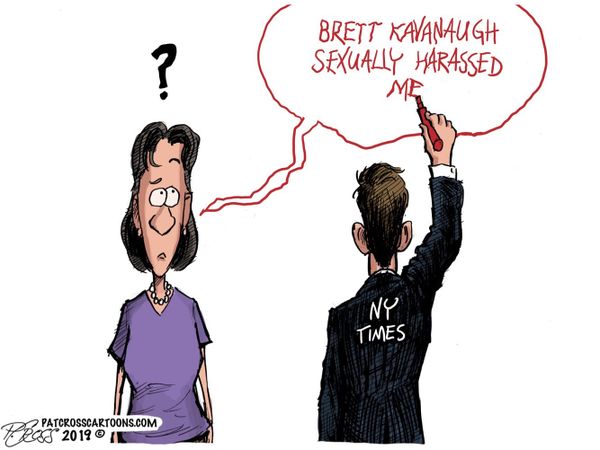 The Editor:  What is happening in the food industry, LL ?

Narcolepsy Cat:  The FDA and EPA  have been asleep longer than Epstein’s guards.  The agencies approve any poison that companies like Monsanto and Bayer spray on food crops or land they are grown on.  Peanut allergies are a good example.   The companies cause health problems then you spend a fortune treating the symptoms, not the cause.

Here is some seed information.  They might not lie dormant for three-thousand  (3,000 ) years, but many years is common.

America can’t even produce its own seed.  All It takes is a little water and time.  We are dependent on China for thousands of items, including fighter jet electronics.

The Army can’t get enough volunteers.  Let’s renew the draft.

Jimmy Caaarter thinks some candidates are too old and slow.  Only Obama and War Criminal Bush 43 were worse presidents in my first five ( 5 ) lives than Jimmy.

Though Viagra is one of the fastest selling drugs of all time, its current use is a far cry from what it was originally made for. Evidently, when Viagra was in its trial phase, it was actually marketed as a treatment for angina, a heart condition that causes pressure in the chest. And though the drug proved to be ineffective at helping angina patients, study participants did find that the little blue pill was able to increase the frequency and potency of erections.

At 5, began studying under his cousin’s tutor.

At 9, studied Latin, Greek and French.

At 16, entered the College of William and Mary. He could write in Greek with one hand while writing the same in Latin with the other.

At 19, studied Law for 5 years starting under George Wythe.

At 23, started his own law practice.

At 25, was elected to the Virginia House of Burgesses.

At 31, wrote the widely circulated “Summary View of the Rights of British America ”and retired from his law practice.

At 32, was a Delegate to the Second Continental Congress.

At 33, wrote the Declaration of Independence.

At 33, took three years to revise Virginia’s legal code and wrote a Public Education bill and a statute for Religious Freedom.

At 36, was elected the second Governor of Virginia succeeding Patrick Henry.

At 40, served in Congress for two years.

At 41, was the American minister to France and negotiated commercial treaties with European nation along with Ben Franklin and John Adams..

At 46, served as the first Secretary of State under George Washington.

At 53, served as Vice President and was elected president of the American Philosophical Society.

At 55, drafted the Kentucky Resolutions and became the active head of Republican Party.

At 57, was elected the third president of the United States.

At 60, obtained the Louisiana Purchase doubling the nation’s size.

At 61, was elected to a second term as President.

At 65, retired to Monticello.

At 81, almost single-handedly created the University of Virginia and served as its first president.

At 83, died on the 50th anniversary of the Signing of the Declaration of Independence. His last words were “Is it the fourth yet?” John Adams also died on the same day.

“This is perhaps the assembly of the most intelligence ever to gather at one time in the White House with the exception of when Thomas Jefferson dined alone.”

John Kennedy (speaking to a gathering of Nobel Prize winners)

“If you can cut the people off from their history, then they can be easily persuaded.”

Wake up America before it’s too late!

“Light travels faster than sound. That’s why Democrats appear bright until you hear them speak.” 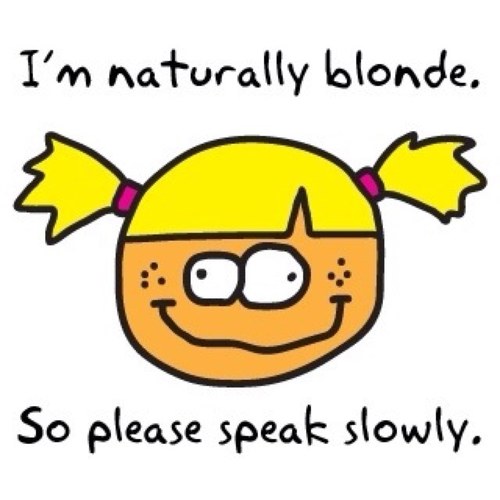 One  hot summer day, a blonde came to town with her dog, tied it under the shade of a tree, and headed into a restaurant for something cold to drink.

Twenty minutes later, a policeman entered the restaurant and asked, ‘Who owns the dog tied under that tree outside?’

The blonde said it was hers. ‘Your dog seems to be in heat’, the officer said.

The blonde replied, ‘No way. She’s cool ’cause she’s tied up under that shade tree.’

The policeman said, ‘No! You don’t understand. Your dog needs to be bred.’

‘No way,’ said the blonde. ‘My dog doesn’t need bread. She isn’t hungry  cause I fed her this morning.’

The exasperated policeman said, ‘NO! You don’t understand. Your dog wants to have sex!’

The blonde looked at the cop and said, ‘Well, go ahead. I always wanted a police dog.‘

Just for the record. I think blonde jokes are funny BUT I think Police Dogs are the coolest dogs ever…..Especially those trained for Military Combat! They are unbelievable.