I am almost 100% certain that everyone reading this post has, at some point in their life, worked for a total Idiot. My Idiot was, Warren Tyson.  Warren became my boss when I was still rather young and I still recognized his Idiot Traits.

We worked for Lanier Electronics in Thomaston, Georgia. On this particular day, Mr. Tyson was attending an important meeting in Atlanta. Our main headquarters were located on Chantilly Drive. All our really BIG WHEELS had offices at that facility. Our CEO, CFO, and other people with important acronyms printed on their little business cards.

When Chief Idiot Tyson returned from the meeting that evening, he came to my office and asked: “Do you have the answers ready for my meeting?”

I replied: “What answers and what meeting?”

He said: “The answers to the fax that I sent to you this morning.”

To make a long story short….this Genius had faxed me a document that contained highly confidential information to a fax machine that was located downstairs in the new building of our Thomaston facility. We were the proud owners of only ONE fax machine at that time.

It turns out that Warren Einstein Tyson had faxed me a document that contained the confidential list of employees who would soon be: Reassigned, offered jobs at other locations, offered downgrades, and terminated.

We were both called into the office of our plant manager a short time later. It seems that a vicious rumor was going around that “some people may be laid off.” When Mr. Jim Hall asked him about his Darwin Moment….as to why he had faxed the document…..his reply was….are you ready for this?

He replied….”I had CONFIDENTIAL written on the cover page.”

Mr. Hall excused me from the meeting and excused Mr. Tyson from his job with Lanier a short time later.

I have been tossing around a few names in my head for a new post on Tolley’s Topics. When I thought of this story from the past…it all fell into place. Like Jesus dropped it into my lap. My new post will contain facts that are just as true as those from The New York Times, The Washington Post and The Los Angeles Times. In fact, I have hired some of their own employees to “LEAK” news highlights to me. I learned that trick from James Comey.

The name of my new post will be….”CONFIDENTIAL FAX”…ain’t that catchy?

See, even Warren Tyson made a positive contribution to solving my “Name The Post” problem.

When life gives you lemons….…grab the tequila and salt. 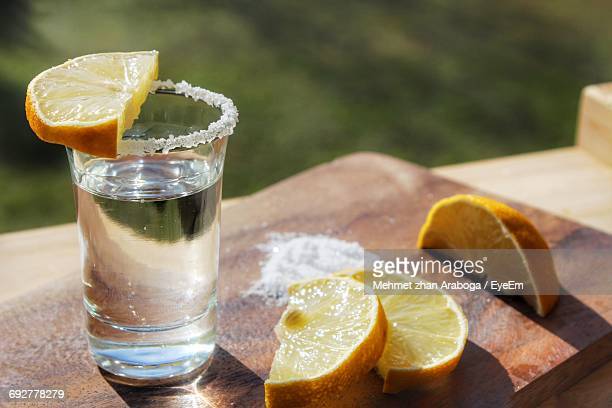 If the President can’t have a confidential phone call, how do you feel about your privacy ?  The spy agencies, FBI, and CIA are all Democratic political operatives.

The Editor:  Can you give our new loyal readers a feel for the coming election, LL ?

Pants On Fire Cat:  I sure can.  Just remember that someone said ” politics is the last refuge for scoundrels “.  Prison should be the last stop.  Here are some random things that have happened in presidential races.  These are just some that come to our Artificial Intelligence Computer’s Mind.

These are some political ads.  The first two ( 2 ) are fairly recent pro Trump ads. The other is from Lyndon B. Johnson in the 1964 election.  Johnson painted Goldwater as a person likely to use a nuclear bomb.  War Criminal  LBJ went on to kill millions in Vietnam, Cambodia, and Laos.

This is the Democratic LBJ  War Criminal Ad.  His body should be dug up, cremated, and buried with Osama bin Laden.

The coming campaign will make this look like an award winner.

Trifecta Cat:  I’m through being nice to these skanks.  Roaches have become tolerant/immune to everything but a good squashing.  When the future Democrat Short People Wanna Be President losers see that doping horses and not reporting it is OK they will drop out and start training to be jockeys.  George Stephanopoulos  and Chuck Todd  will also join the Jockey Guild.

They could have bought some of Rubio’s Booties.

The new jockey trainees will start here.  You can see the kids parents are stupid, the kids will probably be successes in life for experiencing the difficulties.  See if you can find the mutton-buster named Nadler trying to hang on to a sheep named Russian Collusion.

These guys are funny.

Education is not indoctrination, our history is not a blank page on which we can write our own version of what it should have been according to our contemporary views and prejudice.

It is proper to take alarm at the first experiment on our liberties.

Antonio Brown of the New England Patriots has been accused by his trainer of sexual assault and rape.

“You Just Can’t Make This S**t Up” category

AOC says because of climate change Miami will not exist in a few years.

The present struggle seems less about abolishing big government than about who gets to use it.

One fateful day in 1903, scientist Edward Benedictus was working in his lab when he accidentally knocked over a flask. However, when Benedictus looked down, he noticed that rather than breaking into a million little pieces, the glassware had actually just cracked slightly while maintaining its shape. After looking into it a bit further, the scientist learned that what had kept the glass together was cellulose nitrate coating the inside of the glass—and thusly, safety glass was created.

This bridge originally crossed Coldwater Creek west of Oxford. On August 17, 1990, it was relocated 8 miles east to the Oxford Community Park. At its original location it also had 3 uncovered spans of 19′, 14′, and 11′.