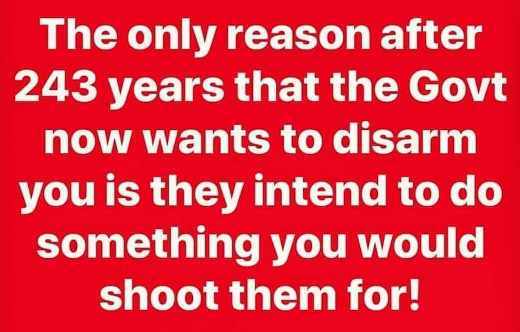 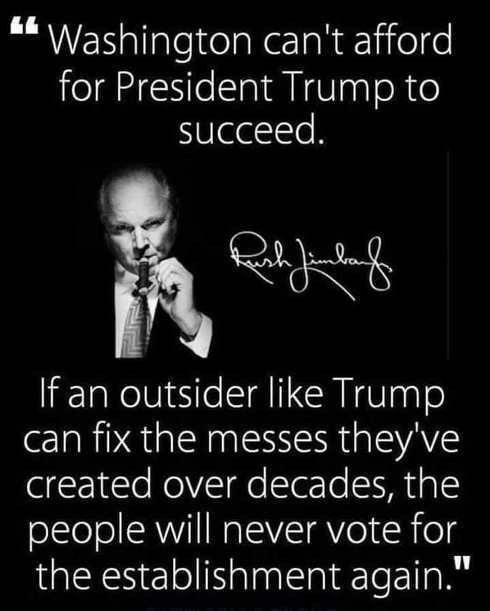 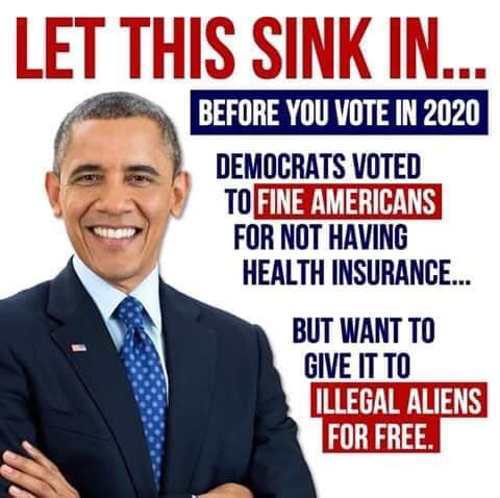 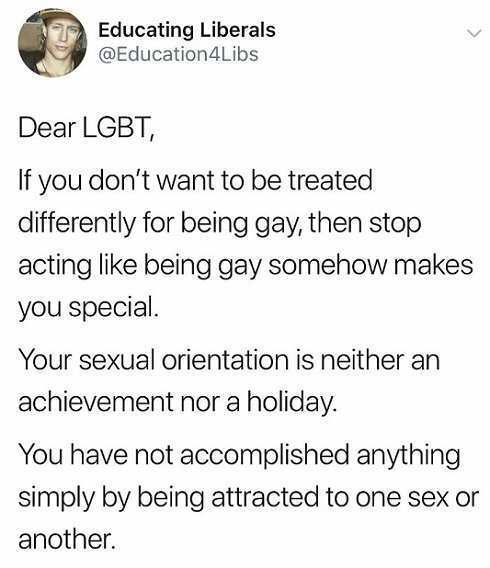 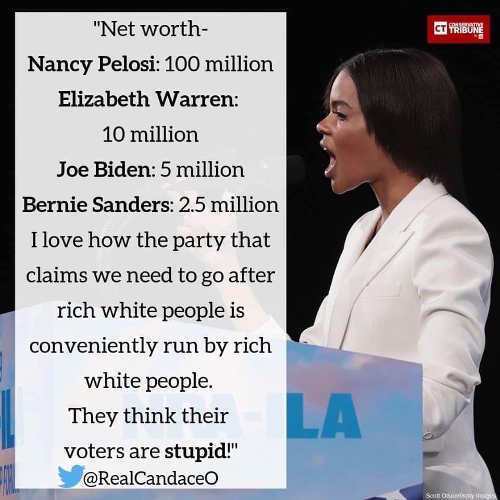 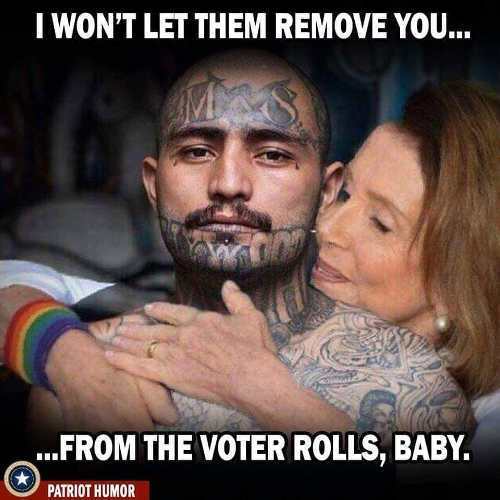 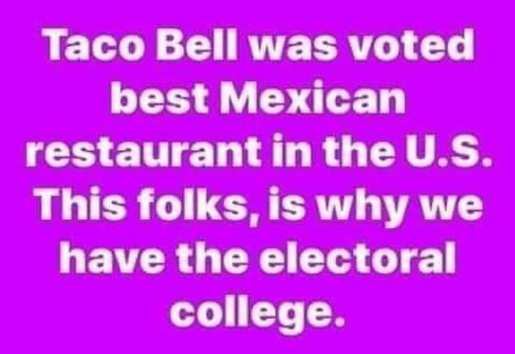 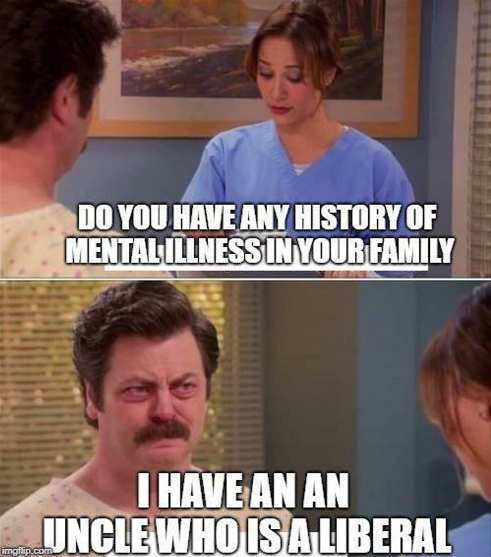 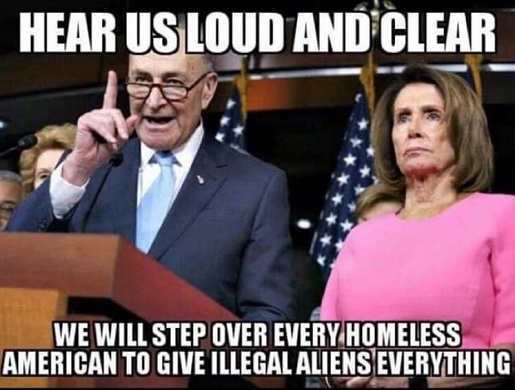 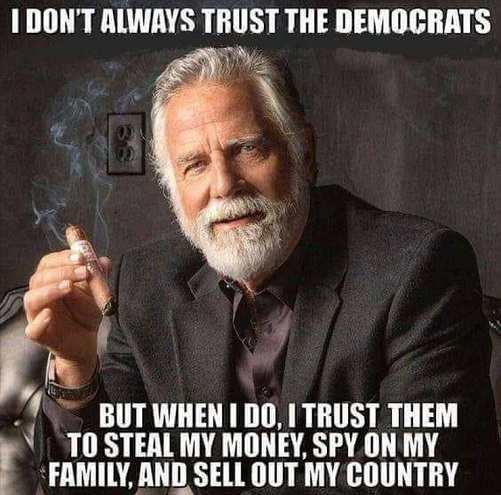 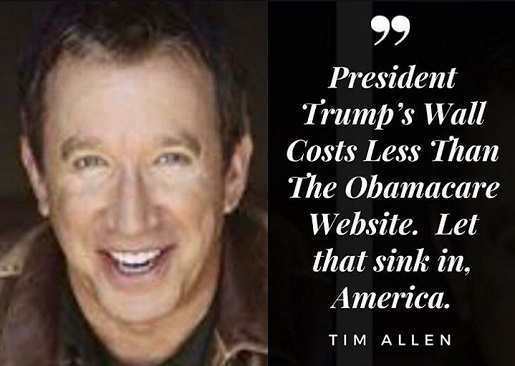 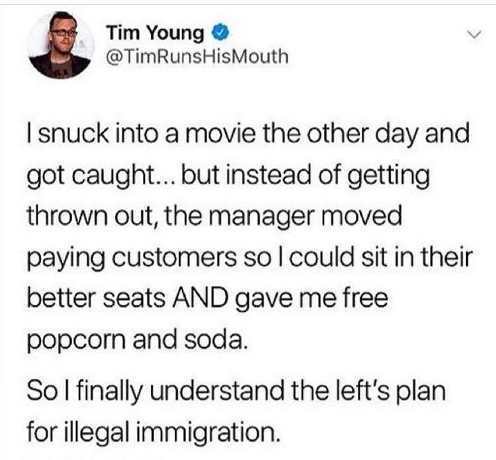 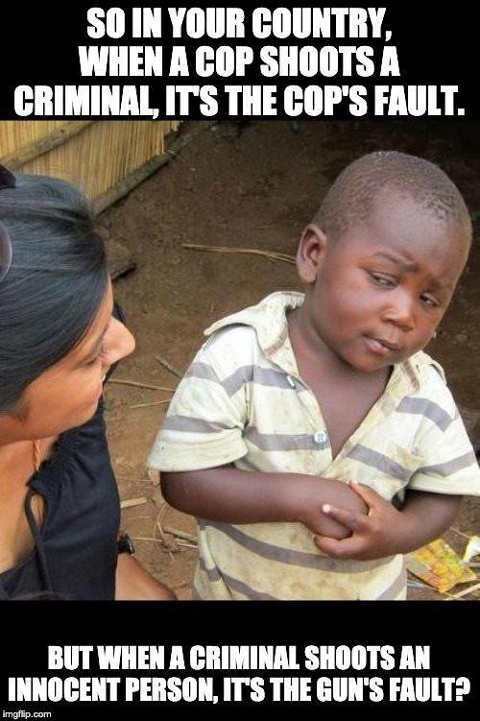 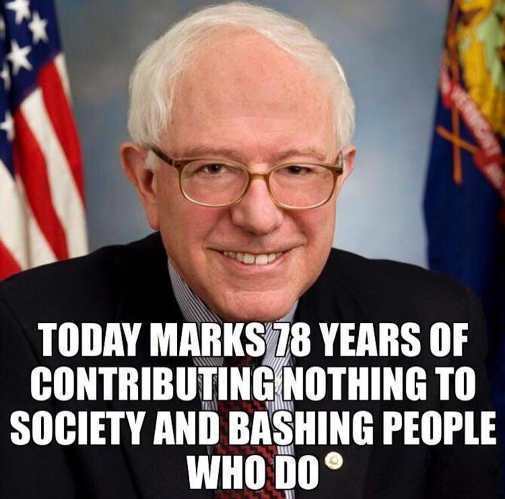 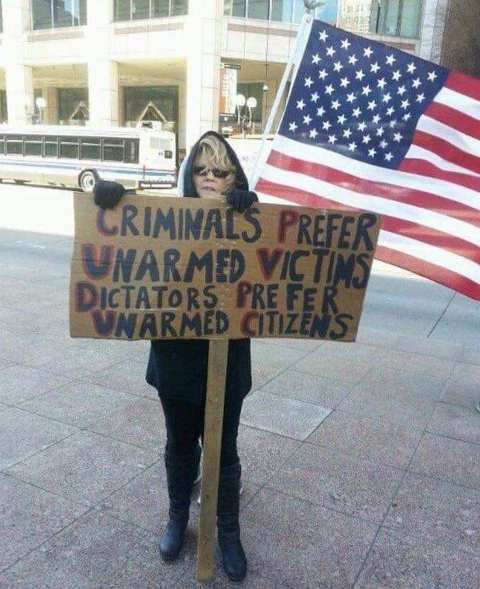 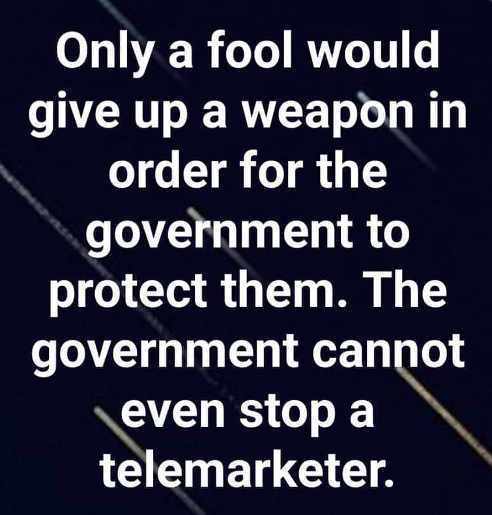 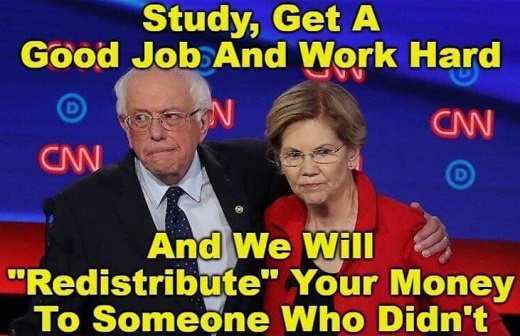 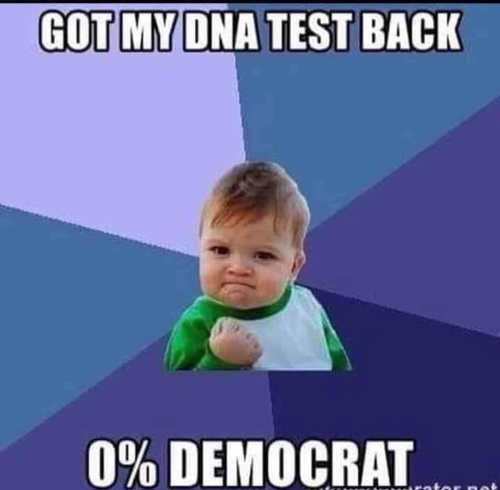 Look what Nike, America and the rest of the free world has built for China!

Now that the Barr/Durham inquiry has turned into a criminal investigation, the heat has really been turned on for Clapper, Brennan, Comey, and the lesser FBI people who participated in the illegal activities. There is a strong rumor floating around that Baker (the FBI lawyer involved with the FISA warrants) has been turned by Durham with the promise of a lighter sentence for his crimes. If that is true, I would be very worried if I were anyone in the FBI, DOJ, CIA, or other intelligence agencies that took part in the coup attempt on Trump. I guess Durham and Barr were able to gather a lot of critical information when they went to Italy. I suspect that they now have a fairly clear picture on how all of this went down and they have determined that laws were broken in a number of areas. I also think Durham is waiting for the release of the DOJ IG report because that document will be used as the foundation for his work. I saw Clapper on CNN a couple of days ago and he was nearly incoherent when speaking. He knows they are coming for him with everything they have and he is going to be hit very hard. I also think it is interesting that James Cardinal Comey has dropped out of sight in recent days.

This entire impeachment attempt by the Dems is going to blow up on them before the end of the year. Shifty Schiff says they don’t need to hear from the CIA informant who stated the ball rolling for the Dems. But if they vote to impeach in the House, you can bet your last dollar that the informant will be a prime witness in the Senate. It looks like the timetable for this entire process is moving out and the Senate likely would not take action until after the first of next year. It is all political so what are some of the things to consider. First, Trey Gowdy will be on the President’s team beginning in 2020. I sure would not want to be cross-examined by him. When he was practicing law, he never lost a case. This timetable also puts a real hurt on all the Dems running for President. I understand that the Senate will be in session 6 days a week and for long hours. Think of all the campaign stops Harris, Booker, Sanders, and Warren will miss while sitting in on the trial of the century. Then there will be the much anticipated calling of Adam Shifty Schiff as a fact witness. He will be under intense pressure because of his long record of lying. They will try to get him on lying under oath and then file charges. He has a lot to lose if this thing gets to the Senate. And finally, we will hear from witnesses that support Trump unlike what is happening in the House witch hunt. Let us not forget that Trump will be able to call Hunter Biden and Joe Biden as hostile witnesses to see what they have to say about their actions.

The Dems are going to try to change the game if they vote to impeach in the House. This is now all out war with the 2020 elections and the future of the Democrat Party on the line.

One of the religious liberty cases the Supreme Court Justices won’t be hearing this term is the issue of Maryland High School student Caleigh Wood, who refused to take part in a school assignment to write the Islamic conversion prayer that states “… there is no god but Allah,” because she believed it directly contradicted her Christian faith. The High Court denied a petition filed on behalf of the 11th grader, angering one conservative commentator who saw it as a caving in to the indoctrination in schools and on college campuses. “This is not just a violation of the First Amendment but an ongoing, albeit subtle, diffusion of Islam in our Western society,” the Rev. Mario Alex Protello wrote.

Richard Thompson, president and chief counsel of Thomas More Law Center, which filed the petition on Wood’s behalf said, “The schools are promoting Islam over Christianity or any other religion, and you have a double standard, which we think is a violation of the establishment clause.” Thompson also said in the firm’s press release, “Under the pretext of teaching history or social studies, public schools across America are promoting the religion of Islam in ways that would never be tolerated for Christianity or any other religion.”

Thompson said that on top of getting an F in the class, Wood was also made to watch a pro-Islam “PowerPoint presentation that denigrated her religion and basically said that Christians are not as faithful as Muslims. So we strongly believed that this was a violation.” The Fourth Circuit Court of Appeals ruled in February that the assignment to write the Islamic conversion prayer … did not violate the Establishment Clause of the First Amendment. Charles County Public Schools released a statement after the Supreme Court’s denial saying, “the decision reaffirms a factorable U.S. Court of Appeals for the Fourth Circuit ruling earlier this year that the school did not “impermissibly endorse any religion and did not compel Wood to profess any belief.”

One Muslim scholar strongly disagrees. Zuhdi Jasser, president of the American Islamic Forum for Democracy, said: “They made this the student recite the Islamic call to call of witness a prayer, which makes her a Muslim. That’s absurd.” Jasser said the High Court should have taken the case. He said it would have been an opportunity to challenge the ideologies of a brand of Islam that has produced ISIS and other terror groups. “The theocratic interpretations of Islam are really what we need to defeat, which is the establishment of the Islamic leadership,” Jasser added, “and the Establishment Clause in America is really the … nuclear way to defeat political Islam.”

“Public schools are the nurseries of all vice and immorality.”

“God who gave us life gave us liberty. And can the liberties of a nation be thought secure when we have removed their only firm basis, a conviction in the minds of the people that these liberties are the gift of God? That they are not to be violated but with His wrath? I tremble for my country when I reflect that God is just; that His justice cannot sleep forever?”

“If our country is to survive and prosper, we must summon the courage to condemn and reject the liberal agenda and we had better do it soon.’

Can you imagine the uproar it would have caused if Caliegh Wood would have recited the Lord’s Prayer instead of an Islamic prayer. That school system probably would have suspended her for an indefinite period of time.

Islamic law relegates non-Muslims to “dhimmi” status, where they are not to propagate their customs amongst Muslims and cannot display a Cross or a Star of David.

Here is what sanctuary Democrats give you.  Vote Democrat.

With Kamala Harris and Dianne Feinstein as senators what more could one ask ?  Oh, Nancy Pelosi’s nephew is governor.

The Editor:  What is going on with stoning, LL ?

Sharia Cat:  I’m glad they haven’t approved Sharia Law ( Muslim Religious Law ) in Minnesota, yet.  Omar might get  by without being stoned.

Here is old news revisited.  Authorities were called thirty-nine ( 39 ) times on this killer.  Part of Obama’s plan was to have fewer problems reported in schools.

It’s not the years in your life that count. It’s the life in your years. –Abraham Lincoln

Change your thoughts and you change your world. –Norman Vincent Peale

Nothing is impossible, the word itself says, “I’m possible!” –Audrey Hepburn

If you can dream it, you can achieve it. –Zig Ziglar 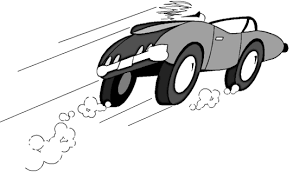 A married couple are driving down the interstate doing 55mph .

The wife is behind the wheel. Her husband looks over at her and says, ”Honey, I know we’ve been married for 15 years, but, I want a divorce.” The wife says nothing but slowly increases speed to 60mph. He then says, “I don’t want you to try to talk me out of it because I’ve been having an affair with your best friend.”

Again, the wife stays quiet and just speeds up as her anger increases. ”I want the house” he says. Again the wife speeds up ,and is now doing 70mph. ”I want the kids too,” he says. The wife just keeps driving faster and faster- now she’s up to 90mph.“

The wife slowly starts to veer toward a bridge overpass piling as he asks, ”Is there anything you want ?” “No, I’ve got everything I need,” says the wife.  “Whats that?” he asks.

The wife replies, just before they hit the wall at 90mph, 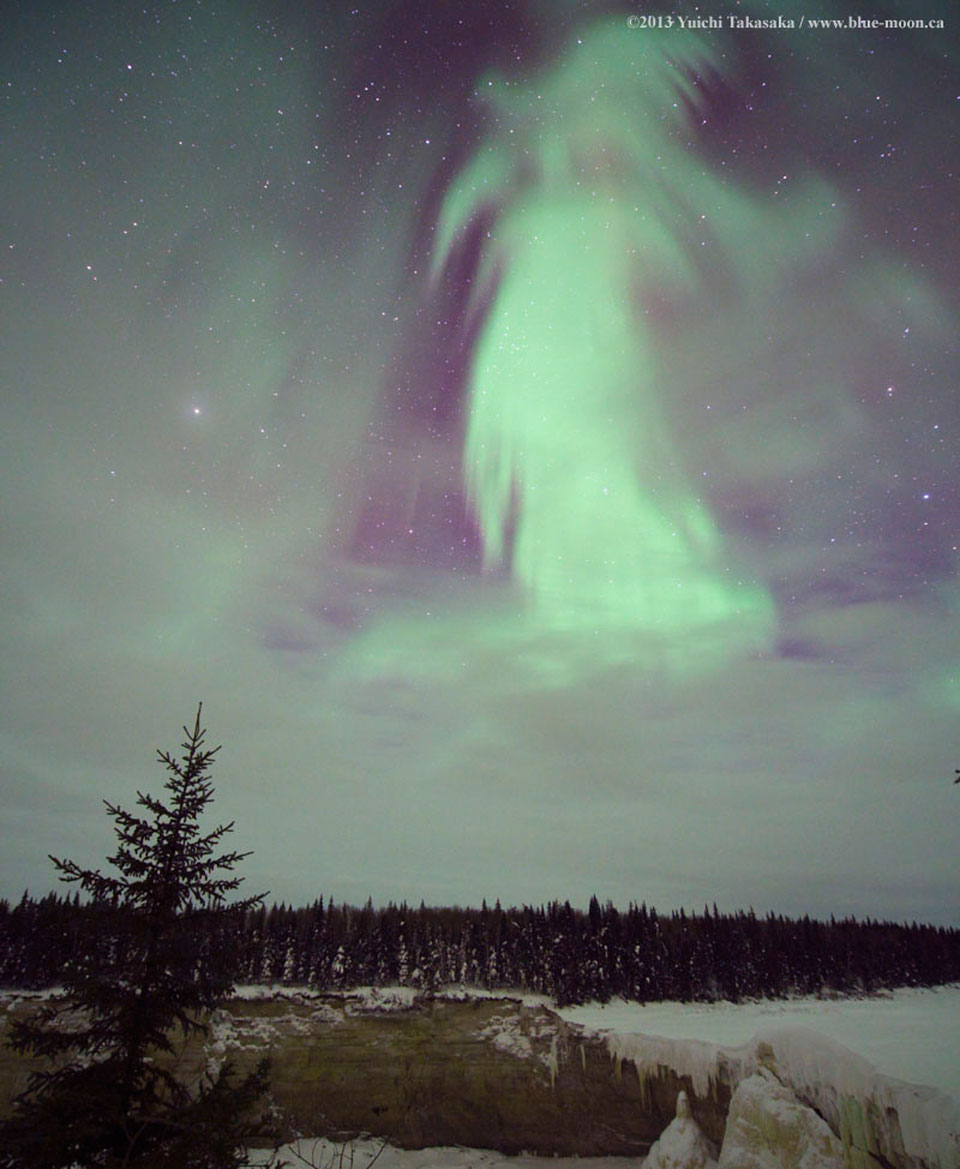 Explanation: What does this aurora look like to you? While braving the cold to watch the skies above northern Canada early one morning in 2013, a most unusual aurora appeared. The aurora definitely appeared to be shaped like something , but what? Two ghostly possibilities recorded by the astrophotographer were “witch” and “goddess of dawn”, but please feel free to suggest your own Halloween-enhanced impressions. Regardless of fantastical pareidolic interpretations, the pictured aurora had a typical green color and was surely caused by the scientifically commonplace action of high energy particles from space interacting with oxygen in Earth’s upper atmosphere. In the image foreground, at the bottom, is a frozen Alexandra Falls, while evergreen trees cross the middle.