Noah Webster (1758-1843) was an American lexicographer, textbook pioneer, English-language spelling reformer, political writer, editor, and prolific author. He has been called the “Father of American Scholarship and Education”. His “Blue-backed Speller” books taught five generations of American children how to spell and read. Webster’s name has become synonymous with “dictionary” in the United States, especially the modern Merriam-Webster dictionary that was first published in 1828 as An American Dictionary of the English Language.

Every civil government is based upon some religion or philosophy of life. Education in a nation will propagate the religion of that nation. In America, the foundational religion was Christianity. And it was sown in the hearts of Americans through the home and private and public schools for centuries. Our liberty, growth, and prosperity was a result of a Biblical philosophy of life. Our continued freedom and success is dependent on our educating the youth of America in the principles of Christianity.

Every child in America should be acquainted with his own country. He should read books that furnish him with ideas that will be useful to him in life and practice. As soon as he opens his lips, he should rehearse the history of his own country.

In selecting men for office, let principle be your guide. Regard not the particular sect or denomination of the candidate – look to his character.

The freedom of the press is a valuable privilege, but the abuse of it in this country is a frightful evil. The licentiousness of the press is a deep strain upon the character of the country; and in addition to the evil calumniating good men and giving a wrong direction to public measures, it corrupts the people by rendering them insensible to the value of truth and of reputation.

It is alleged by men of loose principles, or defective views of the subject, that religion and morality are not necessary or important qualifications for political station. When a citizen gives his vote to a man of immorality, he abuses his civic responsibility. He sacrifices not only his own interest but that of his neighbor, and he betrays the interest of his country.

It is an object of vast magnitude that systems of education should be adopted and pursued, which may not only diffuse a knowledge of the sciences but may implant in the minds of the American youth the principles of virtue and of the liberty and inspire them with just and liberal ideas of government and with an inviolable attachment to their own country.

“If our country is to survive and prosper, we summon the courage to condemn and reject the liberal agenda, and we had better do it soon.”

The moron American hating Democrats are raising all kinds of hell because President Trump didn’t inform members of Congress about the raid to get Abu Bakr al-Baghdadi. Like President Trump said, he could not release any details of the raid because of all the leaks in Washington. If Ilhan Omar had known about the raid before hand, she would have warned al-Baghdadi and allowed him to escape. As I recall, Barack Obama did not inform Congress about the raid to get Osama bin Laden. Funny, you did not hear a peep from the moron American hating Democrats then. All this hoopla now is just because it was President Trump that authorized the raid.

Socialist Bernie and Lieawatha have no clue the standard of living of the common man is higher in those countries which have the greatest number of wealthy entrepreneurs.

This is true.  The MSM should be included.

The Editor:  Is this about Coco Puffs, LL ?

Love Birds Cat:  No, it’s about the Love Birds, Peter Strzok and Lisa Page among others.  Hopefully the entire Obama/Hillgal Secret FBI Cell will be exposed.  I hope they spend their last Chinese Yuan on attorney fees.   Coo coo, I love you.

All of the squeakers, peepers, and leakers are searching for attorneys, I hope.

I hope  they all have to go on ” GoFundMe ” to pay their legal fees.

I hope John Durham indicts all of them.   Coo, coo, coo.

I hope Comey spends a few days in Epstein’s cell.

For Peter and Lisa.

Fun fact: This line makes it into each Godfather film in some way or another.

“You don’t understand! I coulda had class. I coulda been a contender. I could’ve been somebody, instead of a bum, which is what I am.” On the Waterfront, 1954

“Toto, I’ve got a feeling we’re not in Kansas anymore.” The Wizard of Oz, 1939
Fun fact: As one of the most famous movie quotes in film history, this line has been parodied by many different movies and television shows. 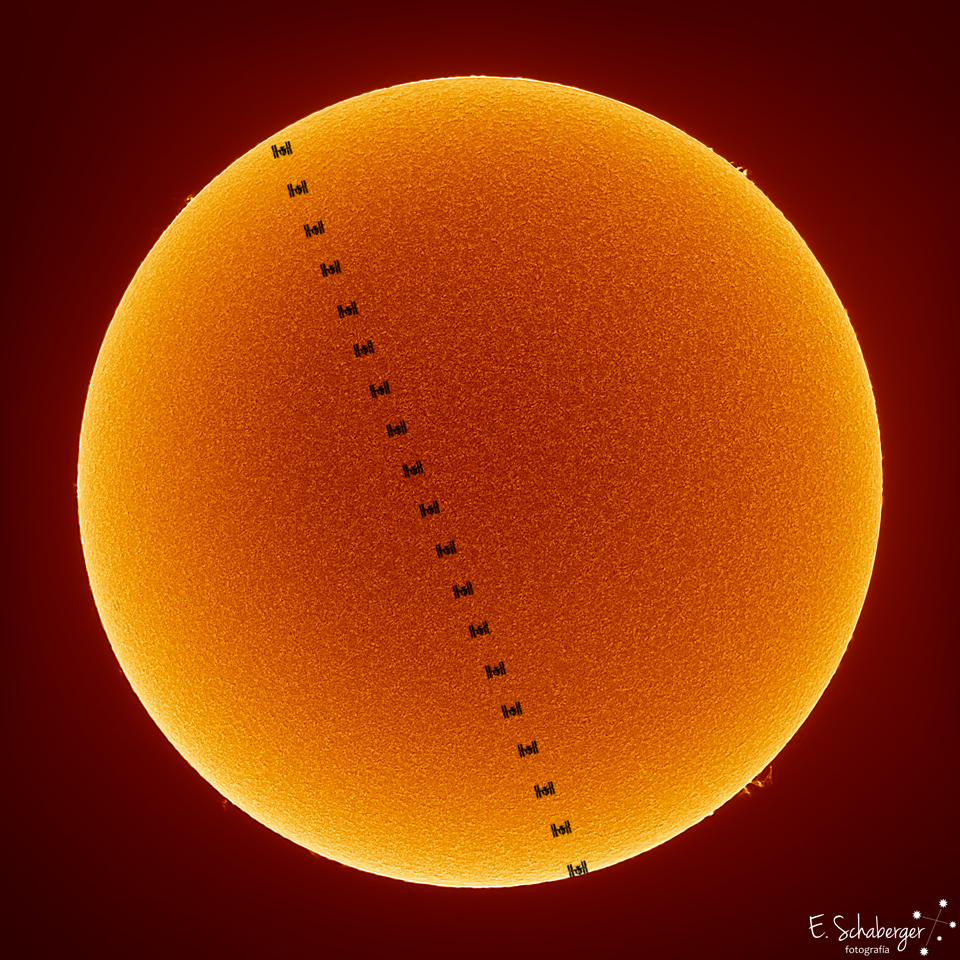 Explanation: Typically, the International Space Station is visible only at night. Slowly drifting across the night sky as it orbits the Earth, the International Space Station (ISS) can be seen as a bright spot about once a month from many locations. The ISS is then visible only just after sunset or just before sunrise because it shines by reflected sunlight — once the ISS enters the Earth’s shadow, it will drop out of sight. The only occasion when the ISS is visible during the day is when it passes right in front of the Sun. Then, it passes so quickly that only cameras taking short exposures can visually freeze the ISS’s silhouette onto the background Sun. The featured picture did exactly that — it is actually a series of images taken a month ago from Santa Fe, Argentina with perfect timing. This image series was later combined with a separate image highlighting the texture of the spotless Sun, and an image bringing up the Sun’s prominences around the edge. At an unusually low Solar Minimum, the Sun has gone without sunspots now for most of 2019.