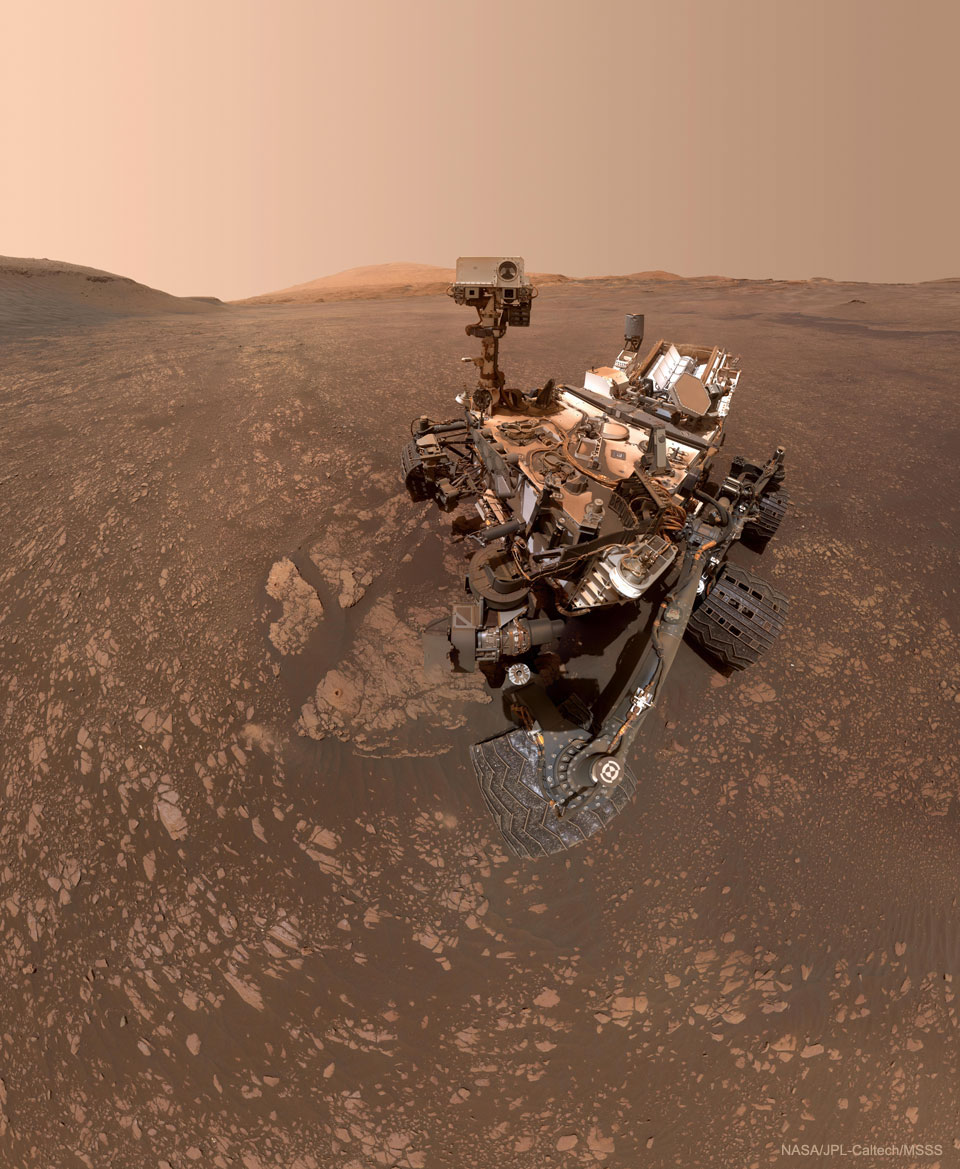 Explanation: Why is there clay on Mars? On Earth, clay can form at the bottom of a peaceful lake when specific minerals trap water. At the pictured site on Mars, the robotic rover Curiosity drilled into two rocks and found the highest concentration of clay yet. The clay cache is considered addition evidence that Gale Crater once held water in the distant past. Pictured, 57 images taken by Curiosity have been combined into a selfie. The images were taken by a camera at the end of its robotic arm. Many details of the car-sized rover are visible, including its rugged wheels, numerous scientific instruments, and a high mast that contains camera “eyes”, one of which can shoot out an infrared laser beam. Curiosity continues to roll around and up Mount Sharp — in the center of Gale Crater — in a search for new clues about the ancient history of Mars and whether or not the red planet once had conditions that could support life.