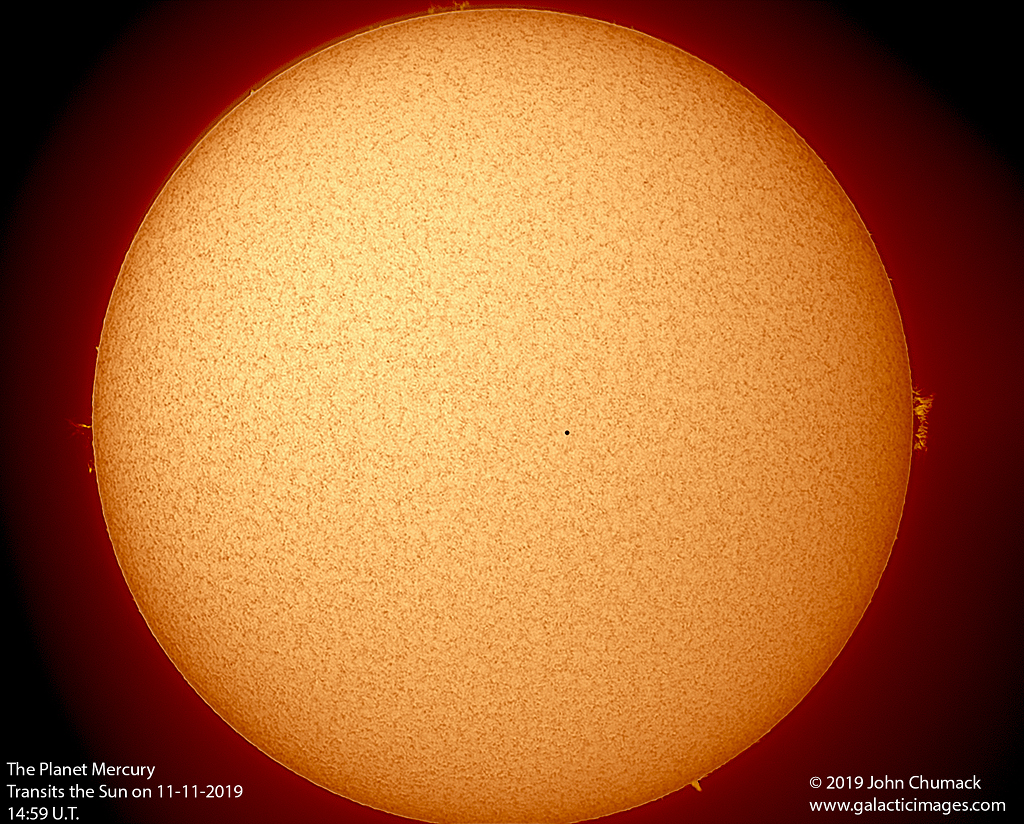 Explanation: On November 11, 2019 the Sun was mostly quiet, experiencing a minimum in its 11 year cycle of activity. In fact, the only spot visible was actually planet Mercury, making a leisurely 5 1/2 hour transit in front of the calm solar disk. About 1/200th the apparent diameter of the Sun, the silhouette of the solar system’s inner most planet is near center in this sharp, full Sun snapshot. Taken with a hydrogen alpha filter and safe solar telescope, the image also captures prominences around the solar limb, the glowing plasma trapped in arcing magnetic fields. Of course, only inner planets Mercury and Venus can transit the Sun to appear in silhouette when viewed from planet Earth. Following its transit in 2016, this was Mercury’s 4th of 14 transits across the solar disk in the 21st century. The next transit of Mercury will be on November 13, 2032.