“I do hope you will share this with others…you can bet Main Stream Media will sweep it under their big rug!”
-Sheila Tolley-

The IMF (International Monetary Fund) is warning that “global economies” will contract by $455 billion next year due to the ongoing trade conflict between the U.S., China, the EU and to a lesser extent, Japan.

President Trump will cost the “Global Economy” $455 billion…. because that money will be transferring back to the America First economy. That’s what happens as MAGAnomics reverses the IMF trade (wealth distribution) model.

China and the EU have devalued their currency in an effort to block the impacts from President Trump and the ‘America First’ trade policy. Because those currencies are pegged against the dollar, the resulting effect is a rising dollar value. In essence, the globalist IMF is now blaming President Trump for having a strong economy that forces international competition to devalue their currency.

In the bigger picture is why President Trump is the most transformative economic President in the last 75 years. The post-WWII Marshall Plan was set up to allow Europe and Asia to place tariffs on exported American industrial products.

Those tariffs were used bY the EU and Japan to rebuild their infrastructure after a devastating war. However, there was never a built in mechanism to end the tariffs…. until President Trump came along and said: “it’s over”!

After about 20 years (+/-), say 1970 to be fair, the EU and Japan received enough money to rebuild. But instead of ending the one-way payment system, Asia and the EU sought to keep going and build their economies larger than the U.S. Additionally, the U.S. was carrying the cost of protecting the EU (via NATO) and Japan with our military. The EU and Japan didn’t need to spend a dime on defense because the U.S. essentially took over that role. But that military role, just like the tariffs, never ended. Again, until Trump.

The U.S. economy was the host for around 50 years of parasitic wealth exfiltration, or as most would say “distribution”. The term *exfiltration* better highlights that American citizens paid higher prices for stuff, and paid higher taxes within the overall economic scheme, than was needed.

President Trump is the first and only president who said: “enough”, and prior politicians who didn’t stop the process were “stupid” etc. etc. Obviously, he is 100% correct.

For the past 30 years the U.S. was a sucker to keep letting the process remain in place while we lost our manufacturing base to overseas incentives. The investment process from Wall Street (removal of Glass-Stegal) only made the process much more severe and faster. Wall Street was now investing in companies whose best bet (higher profit return) was to pour money overseas. This process created the “Rust Belt”, and damn near destroyed the aggregate manufacturing industry.

Unfortunately, putting ‘America First’ is now also against the interests of the multinationals on Wall Street; so President Trump has to fight adverse economic opponents on multiple fronts…. and their purchased mercenary army we know as DC politicians.

No-one, ever, could take on all these interests. Think about it… The EU, Asia, World Bank, International Monetary Fund, China, Russia, U.S. Chamber of Commerce, Iran, U.S. Congress, Democrats, U.S. Senate, Wall Street, the Big Club, Lobbyists, Hollywood, Corporate Media (foreign and domestic), and the ankle-biters in Never Trump…. All of these financial interests are aligned against Main Street USA and against President Trump.

Name one individual who could take them on simultaneously and still be winning, bigly.

They say he’s one man. They say they have him outnumbered. Yet somehow, as unreal as it seems, he’s the one who appears to have them surrounded.

“God bless President Trump and our USA…finally, with his help, we win again.”
-Sheila Tolley- 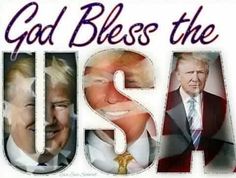 The Editor:  Are there many royals around today, LL ?

Duchess Cat:  There aren’t many around anymore.  Most of the ones still around are just for show.  They don’t have much power, but have enough money remaining to be wealthy.

Here are some facts about ” what is what ” concerning English Monarchs.

This is Queen Elizabeth’s official title.

The Royals have nice jewelry.

TE:  Do you have an article to fill up our allotment of  pixels, DC ?