Studies have demonstrated that rednecks have the lowest stress rate because they do not understand the seriousness of most medical terminology.

The Editor:  Are the Ruskies and Chicoms coming, LL ?

Better Safe Than Sorry Cat:  They are, but economically.  Our loyal readers should remember that if you have it someone wants it.  These tips might help save your Merry Christmas.

We need to save our 5G technology from foreign ownership.  What a novel idea.

Vote for this guy.

No open borders with him.

Have you ever wondered why it is OK to make jokes about:

Catholics, Jews, Christians, the Pope, the Irish, the Italians, the Polish, the Hungarians, the Chinese, the French (including French Canadians), the elderly, bad golfers, men/women, blacks/whites, etc, but its insensitive to make jokes about the Muslims?

Well, it’s time to level the playing field and be politically incorrect, by including our friends, the Muslims, on this grandiose list.

You may be a Muslim if:

You grow and refine heroin for a living, but morally
object to the use of liquor.

You have more wives than teeth..

You wipe your butt with your bare hand, but consider bacon to be unclean.

You think vests come in two styles, Bullet-proof and suicide.

You can’t think of anyone who you haven’t declared jihad against.

You consider television dangerous, but routinely carry explosives in your clothing.

You were amazed to discover that cell phones have uses, other than setting off roadside bombs.

You have nothing against women and think every man should own at least four.

You find this offensive.

Freedom Is not Free!

INCOMING GUNFIRE ALWAYS HAS THE RIGHT-OF-WAY! 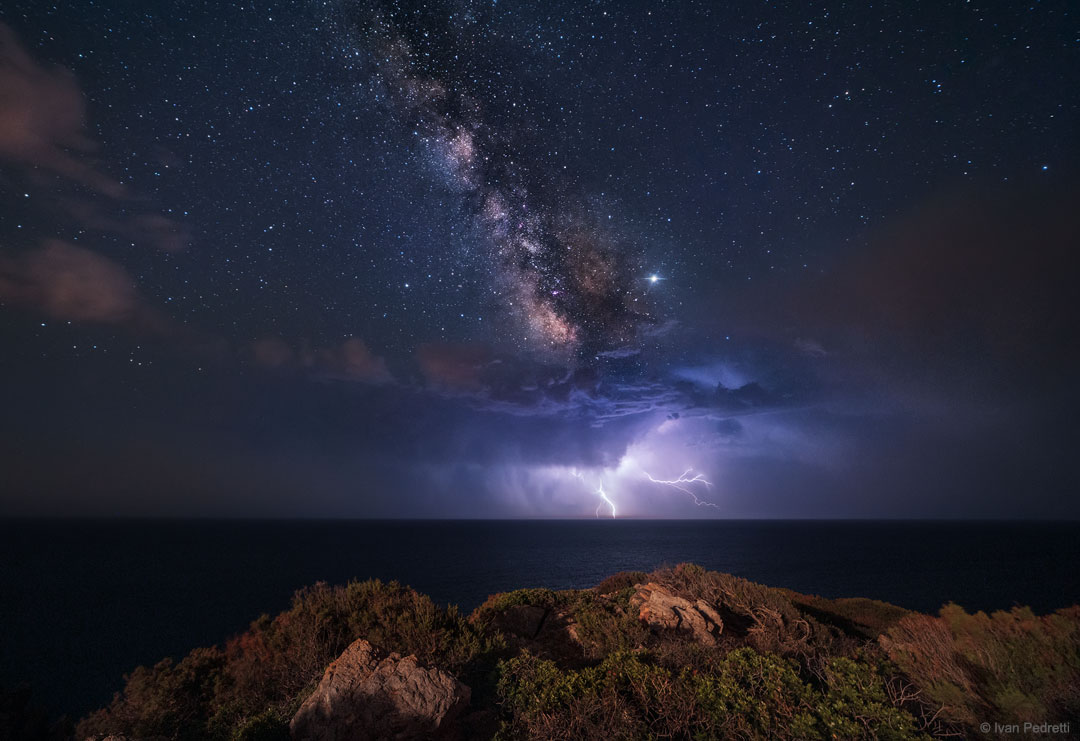 Explanation: It may appear, at first, like the Galaxy is producing the lightning, but really it’s the Earth. The featured nighttime landscape was taken from a southern tip of the Italian Island of Sardinia in early June. The foreground rocks and shrubs are near the famous Capo Spartivento Lighthouse, and the camera is pointed south toward Algeria in Africa. In the distance, across the Mediterranean Sea, a thunderstorm is threatening, with several electric lightning strokes caught together during this 25-second wide-angle exposure. Much farther in the distance, strewn about the sky, are hundreds of stars in the neighborhood of our Sun in the Milky Way Galaxy. Furthest away, and slanting down from the upper left, are billions of stars that together compose the central band of our Milky Way.