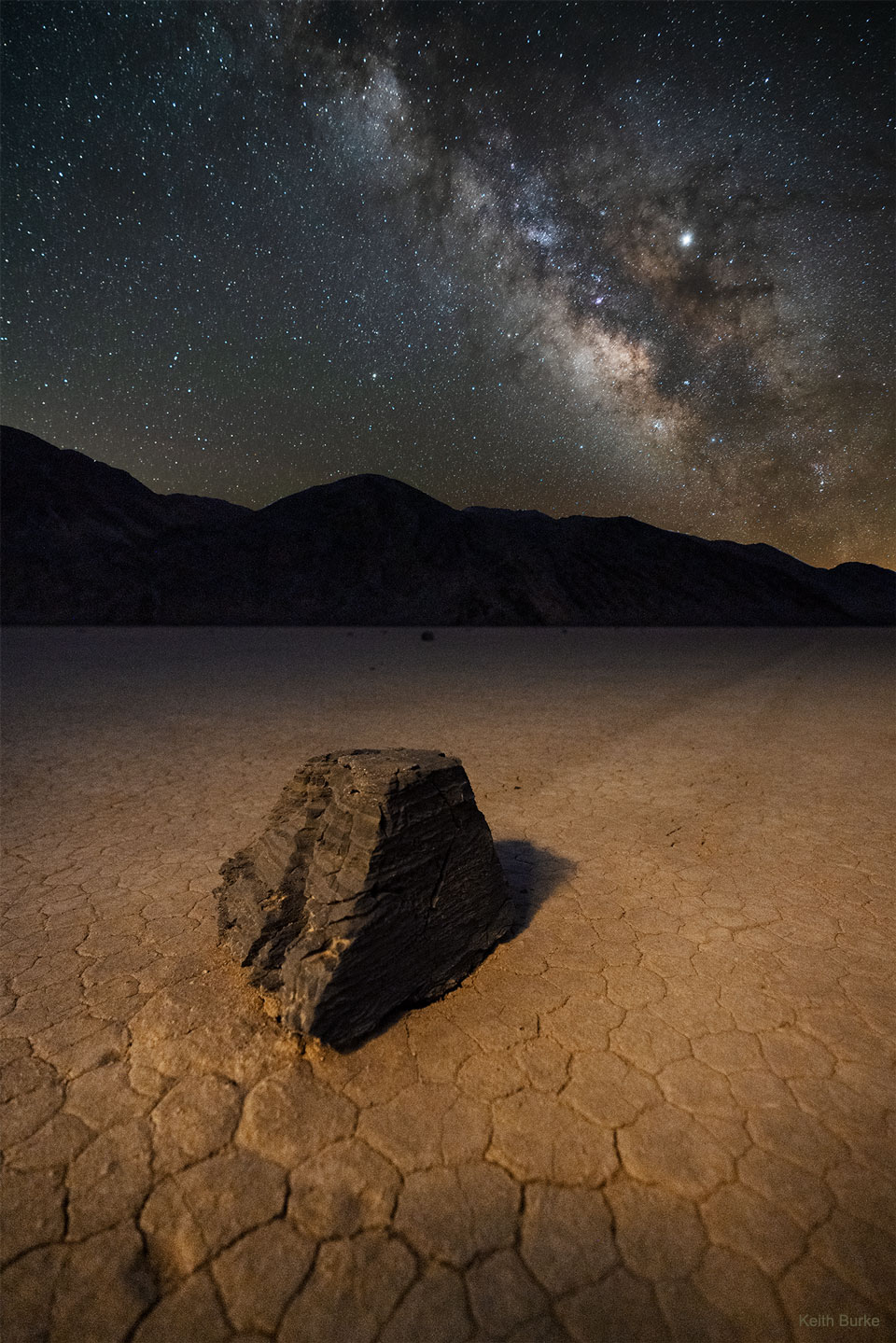 Explanation: How did this big rock end up on this strange terrain? One of the more unusual places here on Earth occurs inside Death Valley, California, USA. There a dried lakebed named Racetrack Playa exists that is almost perfectly flat, with the odd exception of some very large stones, one of which is pictured here in April of 2019 beneath a dark, Milky-Way filled sky. Now the flatness and texture of large playa like Racetrack are fascinating but not scientifically puzzling — they are caused by mud flowing, drying, and cracking after a heavy rain. Only recently, however, has a viable scientific hypothesis been given to explain how heavy sailing stones end up near the middle of such a large flat surface. Unfortunately, as frequently happens in science, a seemingly surreal problem ends up having a relatively mundane solution. It turns out that in winter thin ice sheets form, and winds push ice sections laden with even heavy rocks across the temporarily slick playa when sunlight melts the ice.