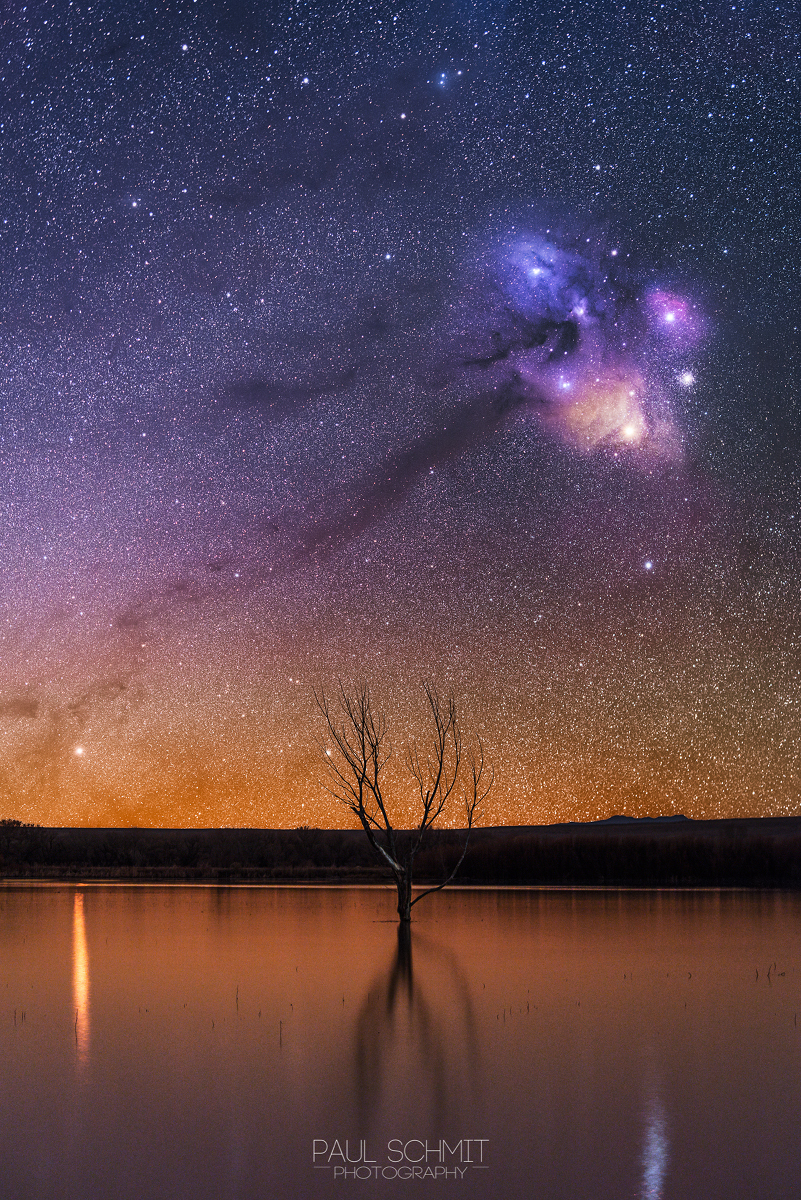 Explanation: A dark river seems to flow through this sky from the horizon toward colorful clouds near red giant star Antares. Murky looking, the dark river is a dusty nebula obscuring background starlight near the central Milky Way, although the dark dust nebula contains mostly hydrogen molecular gas. Dust scattering starlight around Antares, alpha star of Scorpius, creates the unusual yellow-hued reflection nebula. Above it, bright blue double star Rho Ophiuchi is embedded in more typical dusty bluish reflection nebulae, with red emission nebulae also scattered through the interstellar space. Globular star cluster M4 looks almost like a bright star just above and right of Antares, though it lies far behind the colorful clouds, at a distance of some 7,000 light-years. The dark river itself is about 500 light years away. To create the startling night sky view, all background and foreground exposures were made back to back with the same camera and telephoto lens on the same night from the same location. In combination they produce a stunning image that reveals a range of brightness and color that your eye can’t quite perceive. Recorded in the early hours of January 31, the composite also captures Mars still near the eastern horizon and rising to join rival Antares on the celestial stage. Bright Mars and its watery reflection are left of a lonely tree in the Bosque del Apache National Wildlife Refuge, New Mexico, planet Earth.

Tomorrow’s picture: up the spout