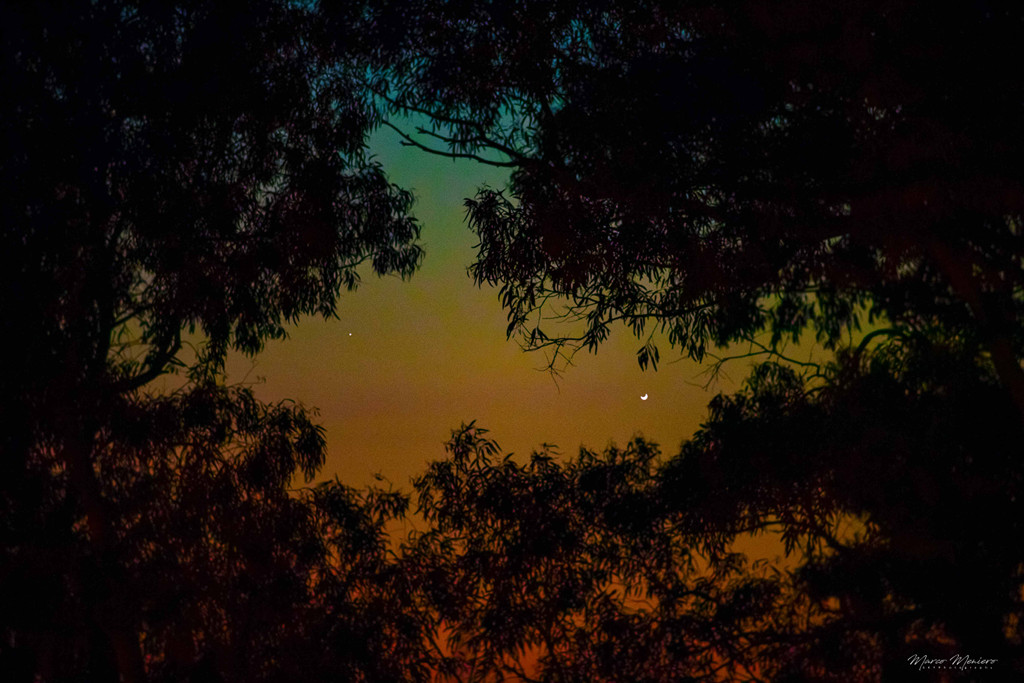 Explanation: That’s not a bright star and crescent Moon caught between branches of a eucalyptus tree. It’s Venus in a crescent phase and Mercury. Near the western horizon after sunset, the two inner planets closely shared this telescopic field of view on May 22, seen from a balcony in Civitavecchia, Italy. Venus, the very bright celestial beacon, is wandering lower into the evening twilight. It grows larger in apparent size and shows a thinner crescent as it heads toward its inferior conjunction, positioned between Earth and Sun on June 3. Mercury, in a fuller phase, is climbing in the western sky though, reaching its maximum angular distance from the Sun on June 4 Still, this remarkably close pairing with brilliant Venus made Mercury, usually lost in bright twilight skies, easier to spot from planet Earth.