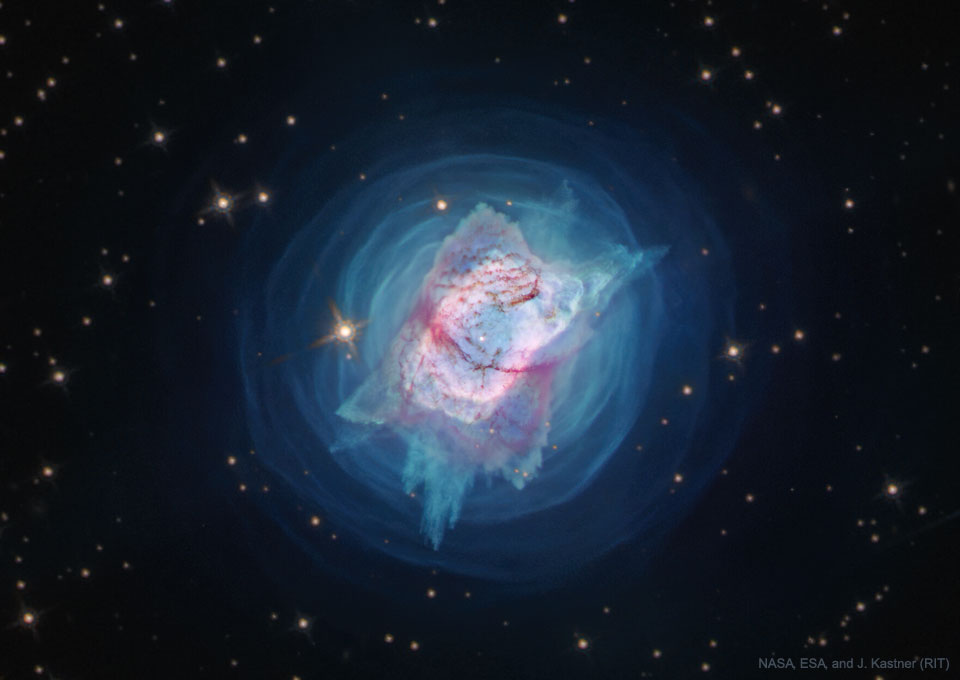 Explanation: What created this unusual planetary nebula? NGC 7027 is one of the smallest, brightest, and most unusually shaped planetary nebulas known. Given its expansion rate, NGC 7027 first started expanding, as visible from Earth, about 600 years ago. For much of its history, the planetary nebula has been expelling shells, as seen in blue in the featured image. In modern times, though, for reasons unknown, it began ejecting gas and dust (seen in red) in specific directions that created a new pattern that seems to have four corners. These shells and patterns have been mapped in impressive detail by recent images from the Wide Field Camera 3 onboard the Hubble Space Telescope. What lies at the nebula’s center is unknown, with one hypothesis holding it to be a close binary star system where one star sheds gas onto an erratic disk orbiting the other star. NGC 7027, about 3,000 light years away, was first discovered in 1878 and can be seen with a standard backyard telescope toward the constellation of the Swan (Cygnus).