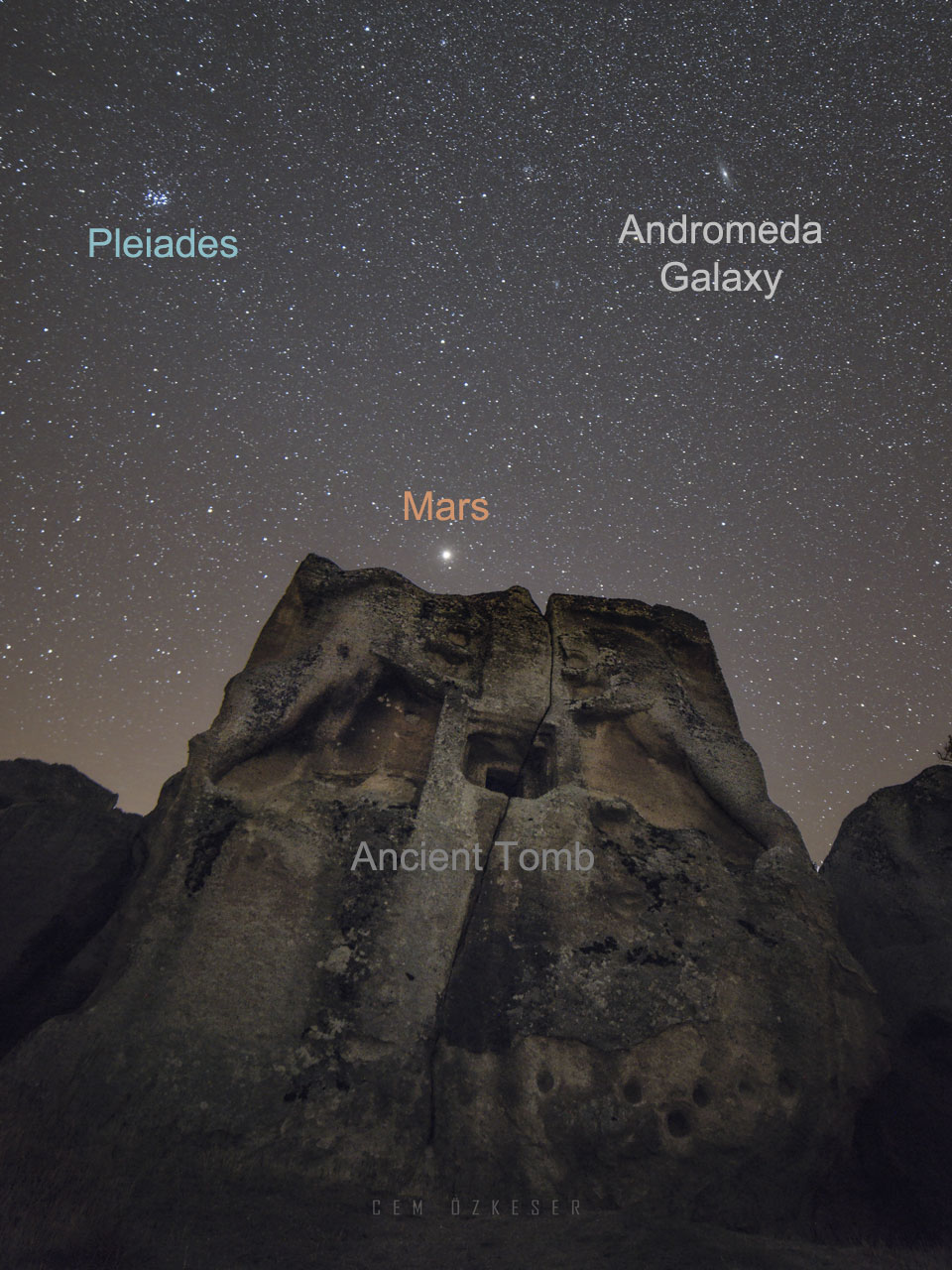 Explanation: Three very different — and very famous — objects were all captured in a single frame last month. On the upper left is the bright blue Pleiades, perhaps the most famous cluster of stars on the night sky. The Pleiades (M45) is about 450 light years away and easily found a few degrees from Orion. On the upper right is the expansive Andromeda Galaxy, perhaps the most famous galaxy — external to our own — on the night sky. Andromeda (M31) is one of few objects visible to the unaided eye where you can see light that is millions of years old. In the middle is bright red Mars, perhaps the most famous planet on the night sky. Today Mars is at opposition, meaning that it is opposite the Sun, with the result that it is visible all night long. In the foreground is an ancient tomb in the Phygrian Valley in Turkey. The tomb, featuring two stone lions, is an impressive remnant of a powerful civilization that lived thousands of years ago. Mars, currently near its brightest, can be easily found toward the east just after sunset.