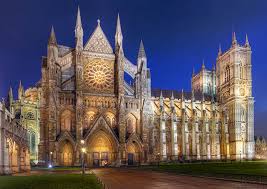 A Texan was taking a taxi tour of London and was in a hurry. As they went by the Tower of London the cab driver explained what it was and that construction of it started in 1346 and was completed in 1412.

The Texan replied, “Shoot, a little ol’ tower like that? In Houston we’d have that thing up in two weeks!”

Next they passed the House of Parliament – started in 1544 and completed in 1618.

“Well boy, we put up a bigger one than that in Dallas and it only took a year!”

As they passed Westminster Abbey the cab driver was silent.

“Whoah! What’s that over there?” asked the Texan.

The driver replied, “I don’t know, it wasn’t there yesterday.”