“This has always been one of my favorite posts. Andy Rooney died November 4, 2011, yet reading this post sounds like our evening news. Today, when a person has a gallant moment and tells the truth….they will be back shortly to WALK IT BACK. That is the new lingo for PLEASE FORGIVE ME, OH POWERFUL MSM, LIBERAL BILLIONAIRES & CHINA.

This would not be Andy Rooney’s response to these CENSORING, LYING, HYPOCRITES.

Andy Rooney would say, “You don’t like my opinion, TOUGH!”
-Sheila Tolley- 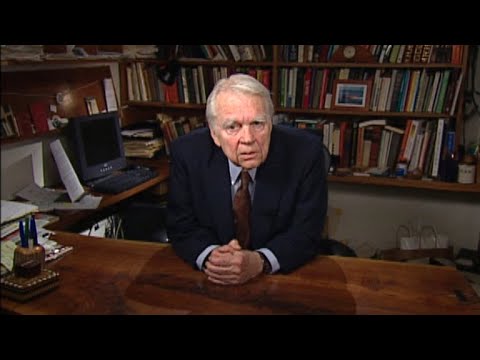 Andy Rooney was one in a million. At the end of ’60 Minutes’ he usually had his own 10-minute segment that, unbelievably, was never censored by CBS. He’s probably the only one who could have gotten away with this. May he rest in peace.

I don’t think being a minority makes you a victim of anything except numbers. The only things I can think of that are truly discriminatory are things like the United Negro College Fund, Jet Magazine, Black Entertainment Television, and Miss Black America.

Try to have things like the United Caucasian College Fund, Cloud Magazine, White Entertainment Television, or Miss White America; and see what happens….Jesse Jackson will be knocking down your door.

Guns do not make you a killer. I think killing makes you a killer. You can kill someone with a baseball bat or a car, but no one is trying to ban you from driving to the ball game.

I believe they are called the Boy Scouts for a reason, which is why there are no girls allowed. Girls belong in the Girl Scouts!  ARE YOU LISTENING MARTHA BURKE?

I think that if you feel homosexuality is wrong, it is not a phobia, it is an opinion.

I have the right ‘NOT’ to be tolerant of others because they are different, weird, or tick me off.

When 70% of the people who get arrested are black, in cities where 70% of the population is black, that is not racial profiling; it is the Law of Probability.

I believe that if you are selling me a milkshake, a pack of cigarettes, a newspaper or a hotel room, you must do it in English!  As a matter of fact, if you want to be an American citizen, you should have to speak English!

My father and grandfather didn’t die in vain so you can leave the countries you were born in to come over and disrespect ours.

I think the police should have every right to shoot you if you threaten them after they tell you to stop. If you can’t understand the word ‘freeze’ or ‘stop’ in English, see the above lines.

I don’t think just because you were not born in this country, you are qualified for any special loan programs, government sponsored bank loans or tax breaks, etc., so you can open a hotel, coffee shop, trinket store, or any other business.

We did not go to the aid of certain foreign countries and risk our lives in wars to defend their freedoms, so that decades later they could come over here and tell us our constitution is a living document; and open to their interpretations.

I don’t hate the rich; I don’t pity the poor. I know pro wrestling is fake, but so are movies and television. That doesn’t stop you from watching them.

It doesn’t take a whole village to raise a child right, but it does take a parent to stand up to the kid; and smack their little behinds when necessary, and say ‘NO!’

I think tattoos and piercing are fine if you want them, but please don’t pretend they are a political statement. And, please, stay home until that new lip ring heals. I don’t want to look at your ugly infected mouth as you serve me French fries!

I am sick of ‘Political Correctness.’ I know a lot of black people, and not a single one of them was born in Africa; so how can they be ‘African-Americans’? Besides, Africa is a continent. I don’t go around saying I am a European-American because my great, great, great, great, great, great grandfather was from Europe. I am proud to be from America and nowhere else, and if you don’t like my point of view, tough.

I PLEDGE ALLEGIANCE TO THE FLAG, OF THE UNITED STATES OF AMERICA, AND TO THE REPUBLIC, FOR WHICH IT STANDS, ONE NATION UNDER GOD, INDIVISIBLE, WITH LIBERTY AND JUSTICE FOR ALL!

One thought on “AMEN, BROTHER!”