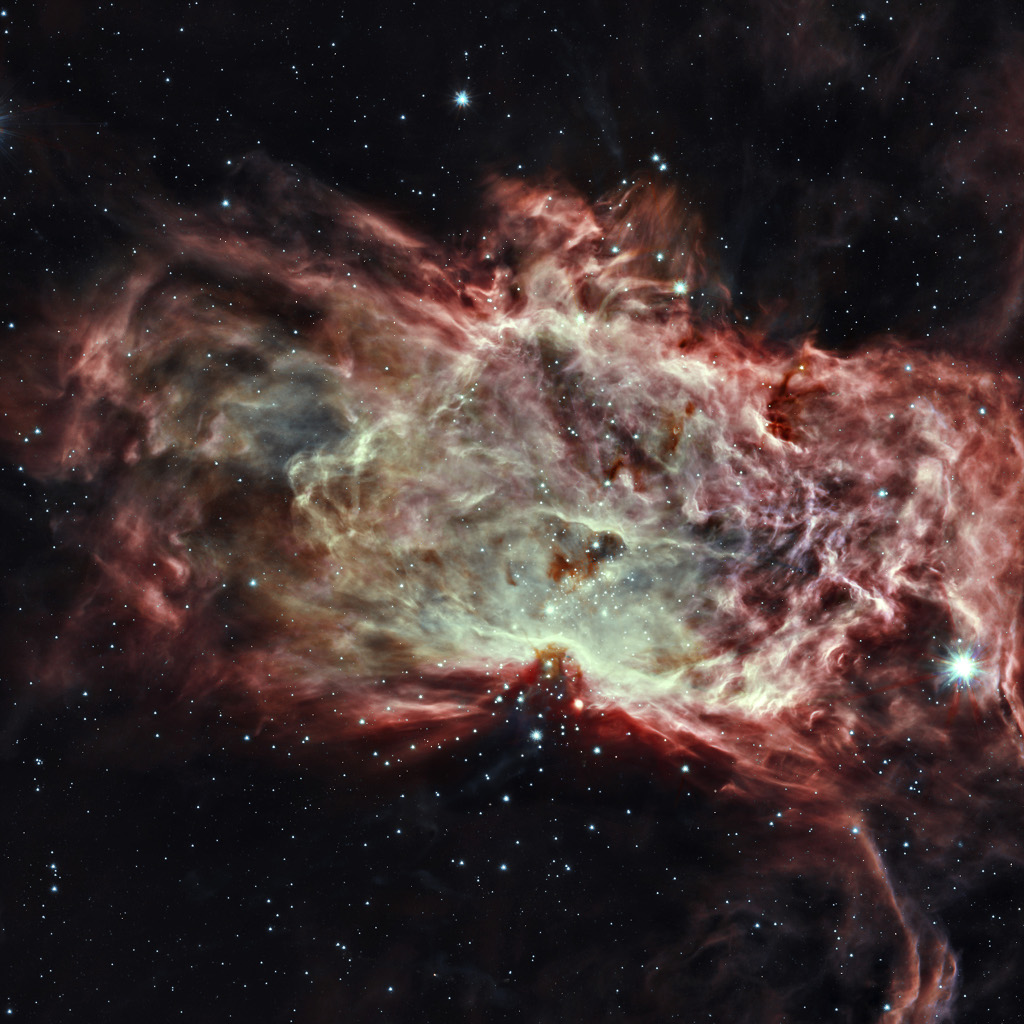 Explanation: The Flame Nebula is a stand out in optical images of the dusty, crowded star forming regions toward Orion’s belt and the easternmost belt star Alnitak, a mere 1,400 light-years away. Alnitak is the bright star at the right edge of this infrared image from the Spitzer Space Telescope. About 15 light-years across, the infrared view takes you inside the nebula’s glowing gas and obscuring dust clouds though. It reveals many stars of the recently formed, embedded cluster NGC 2024 concentrated near the center. The stars of NGC 2024 range in age from 200,000 years to 1.5 million years young. In fact, data indicate that the youngest stars are concentrated near the middle of the Flame Nebula cluster. That’s the opposite of the simplest models of star formation for a stellar nursery that predict star formation begins in the denser center of a molecular cloud core. The result requires a more complex model for star formation inside the Flame Nebula.