Oregon Bridge #01725. Clearance 14′ 7″. 8 panels @ 15′ each. Engineer – Charles Leonard. The portal openings were changed from rounded to squared by the State Highway Department prior to 1955, probably in 1954, to allow for larger vehicles. In 1963, the bridge was bypassed and turned over to Linn County and eventually to the Linn County Parks and Recreation Department. The bridge received little maintenance until 1976 when a crew involved with the filming of a TV movie called The Flood painted the span. Growing brush, trees and weeds were covering the bridge until the Covered Bridge Society of Oregon organized a work day in 1986 to clean up the area. The next year, the Community Services Consortium, a federally funded program for unemployed workers renovated the bridge. In 1996, floodwaters caused significant damage which was repaired by a grant from the Oregon Covered Bridge program. 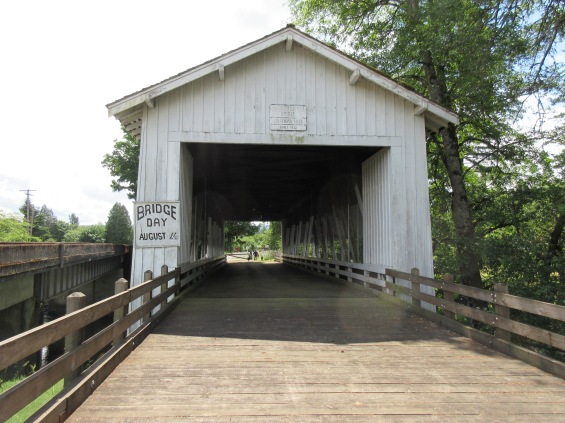 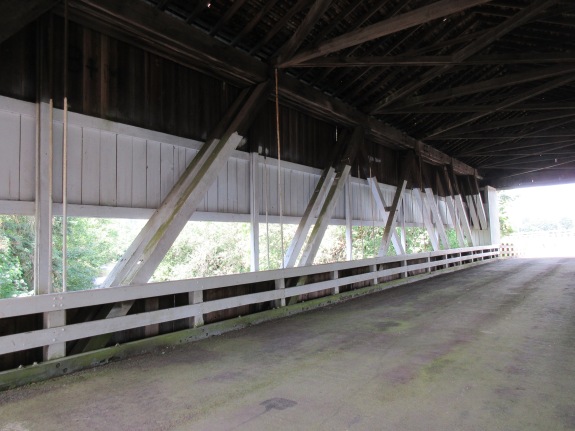