This bridge was named after Jacob Bull of Dover Plains, NY, who built the first bridge at this site in the 1770’s. The original bridge was primarily built to aid in transporting iron from the furnaces in the Kent area to the Hudson River. It cost $3000 to build and was originally a toll bridge. There have been stories over the years that the covered bridge was built in 1778 and was crossed by George Washington in 1781. Although Washington visited the area, and could have passed over Bull’s Bridge, it would have been an earlier bridge at this location since the Town truss used in this bridge was not developed until 1820. When the main dam of the Connecticut Light and Power Company was built in 1901-03, the bridge had to be raised 20′ to remain clear of the water. It was restored in 1949 to remove a noticeable sag and replace split and rotted bottom chords. 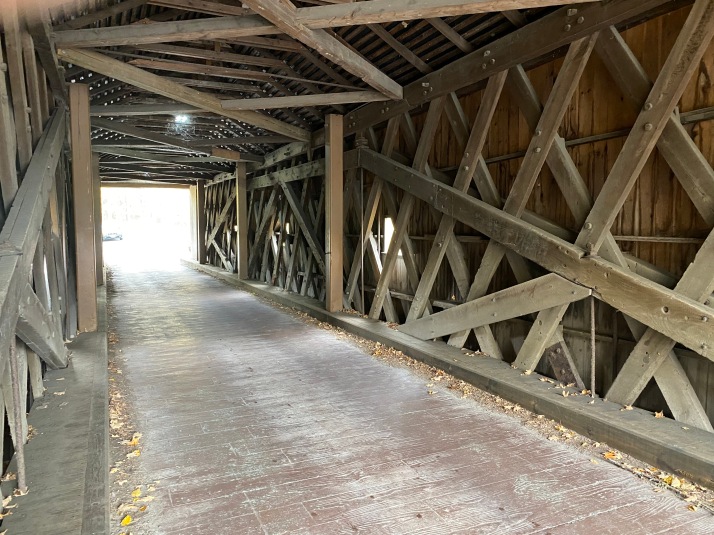