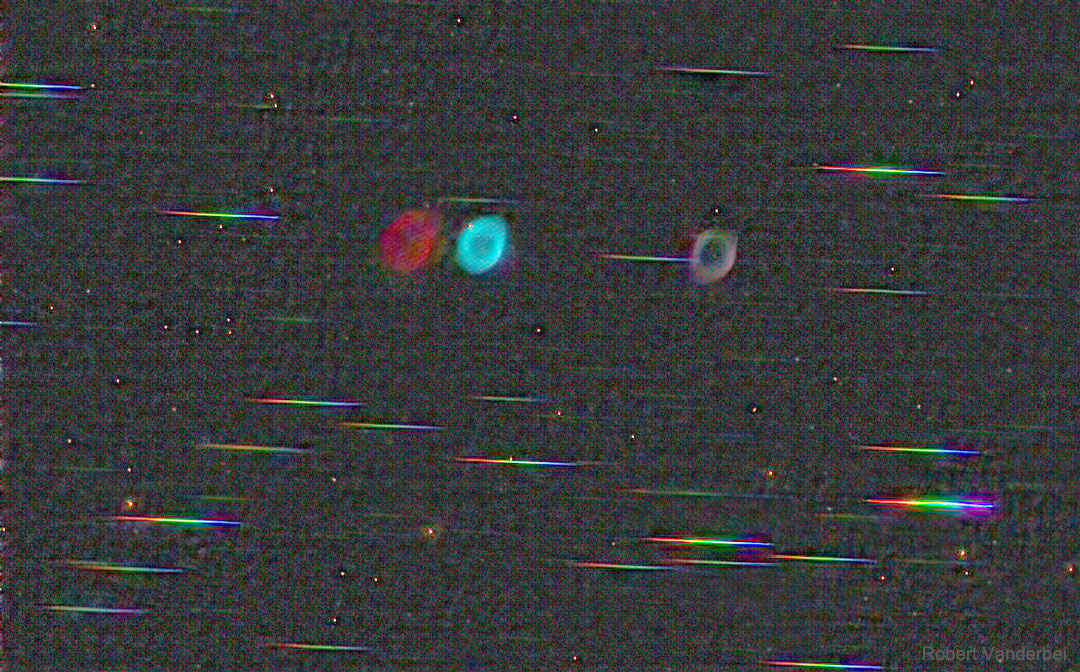 Explanation: What if you could see, separately, all the colors of the Ring? And of the surrounding stars? There’s technology for that. The featured image shows the Ring Nebula (M57) and nearby stars through such technology: in this case, a prism-like diffraction grating. The Ring Nebula is seen only a few times because it emits light, primarily, in only a few colors. The two brightest emitted colors are hydrogen (red) and oxygen (blue), appearing as nearly overlapping images to the left of the image center. The image just to the right of center is the color-combined icon normally seen. Stars, on the other hand, emit most of their light in colors all across the visible spectrum. These colors, combined, make a nearly continuous streak — which is why stars appear accompanied by multicolored bars. Breaking object light up into colors is scientifically useful because it can reveal the elements that compose that object, how fast that object is moving, and how distant that object is.