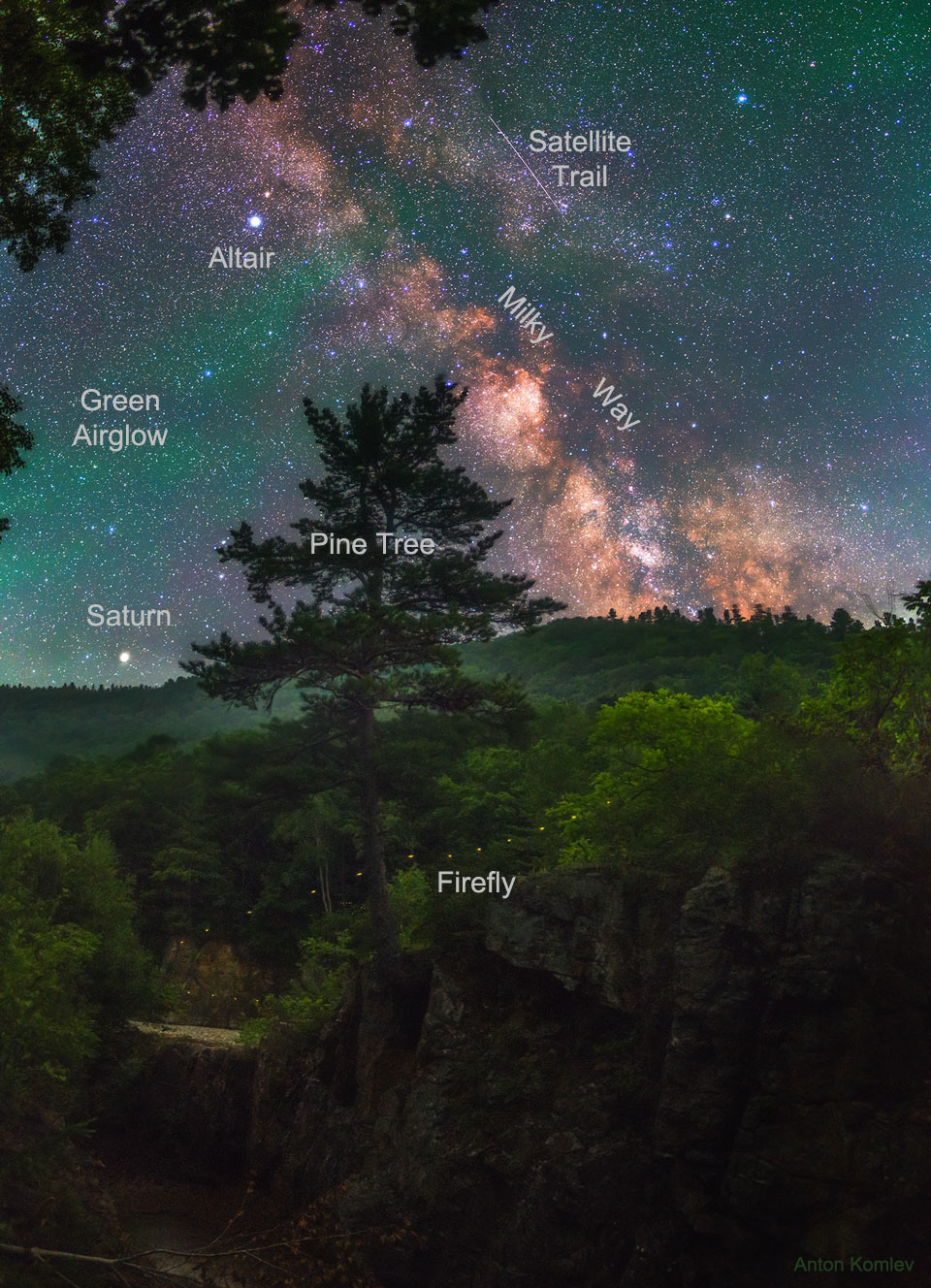 Explanation: It started with a pine tree. The idea was to photograph a statuesque pine in front of the central band of our Milky Way Galaxy. And the plan, carried out two months ago, was successful — they both appear prominently. But the resulting 3-frame panorama captured much more. Colorful stars, for example, dot the distant background, with bright Altair visible on the upper left. The planet Saturn, a bit closer, was captured just over the horizon on the far left. Just beyond the Earth’s atmosphere, seen in the upper right, an Earth-orbiting satellite was caught leaving a streak during the 25-second exposure. The Earth’s atmosphere itself was surprisingly visible — as green airglow across the image top. Finally, just by chance, there was a firefly. Do you see it? Near the image bottom, the firefly blinked in yellow several times as it fluttered before the rolling hills above Milogradovka River in Primorsky Krai, Russia.