I am hoping that I will wake up at any moment and a nurse says:

Good morning Sheila. You have been in a comatose state for the last eight months. You appeared to be very restless.

Oh yeah! I was having a terrible nightmare. Some senile old fool had hijacked the oval office and was well on his way to destroying America. He even started his own language called Bidenese. As he tried to board Air Force One, he fell up the stairs three times. He looked like a 3-legged Grand Daddy Spider. When he finally zig-zagged and tumbled his way to the top…he had a delusion of grandeur. He thought he was The Terminator. He looked back at the many cameras and WHISPERED…”I’ll Back Be!” That is Bidenese for: “Ask not what your country can do for you – ask what you can do for your country.”

In your comatose state, did you have any pleasant moments at all, Sheila?

Oh yeah….JUST LIKE THAT…I was at a bunch of football games. All over America. We were on every real news station on television. Tucker Carlson had to use a few asterisks, but he covered our cheers. We were wearing red hats, drinking beer, laughing, jumping all around and chanting loudly for the cameras:

Even the cheer leaders joined us. That is the only reason I woke from my coma.

I am a cheerleader now & I have a game tonight! 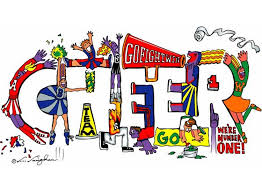