Six months ago the Chinese walked away from the trade negotiations. The move caught nearly everyone by surprise. After all, the talks had been going on, with increasing intensity, almost since President Trump took office. And they had made significant progress by early 2019.

By March the draft trade agreement had reached an impressive 150 single-spaced pages. In it, the Communist regime promised to abandon many of its predatory practices, from currency manipulation and the theft of intellectual property, to the forced transfer of technology and its secret subsidies to its hi-tech companies.

Beijing even appeared ready to back these promised structural changes by agreeing to actual enforcement provisions similar to those imposed on North Korea. The draft called for heavy penalties to be imposed on Chinese companies, or levied on China itself, if the agreement was violated.

The cable that arrived in Washington late on Friday, May 3, changed everything. The draft agreement had been gutted. Section after section had been crossed out. Americans who saw it said that Beijing was reneging on nearly all the concessions it had made earlier. Had China’s trade negotiators been acting in bad faith all along?

Perhaps. After all, Beijing has a long history of duplicitous behavior. But I think the real reason that China backtracked is named “Joe Biden.” The former vice president had just ended months of speculation over his political future by announcing he was running for president on April 25.

The Chinese blew up the negotiations a few days later. They had decided to run out the clock on President Trump’s first term, convinced that they would get a much better deal from a future President Biden. Who can blame them? Biden has a long history of being a friendly voice for US-China relations. The Chinese side had every reason to expect that Biden, like Obama, would turn a blind eye to the theft of American jobs, factories, and intellectual property by an increasingly arrogant and rapacious PRC.
They probably even hoped that he, in return for a few empty promises, would quickly set aside the Trump tariffs that were crippling the Chinese economy.

But Beijing had another reason to bet on Biden: they had given sweetheart deals to his son, Hunter Biden. As Peter Schweizer has documented in his book, “Secret Empires,” the vice president took his son along on Air Force Two when he flew to Beijing in December 2013. Not long after the father and son duo returned to the US, Hunter Biden’s small firm received a $1 billion private equity deal from the Chinese government. This was later increased to a cool one-and-a-half billion.

As Schweizer wrote, “The Chinese government was literally funding a business that it co-owned along with the sons of two of America’s most powerful decision makers.” Now you see why Beijing’s leaders were convinced that they had Joe Biden in their pocket — or at least in their pocketbook. At the time, the former vice president seemed like a sure bet — not just to Beijing but to many on this side of the Pacific. The early polls suggested that he was a shoo-in for the Democrat nomination, and the odds-on favorite to beat Trump.

Betting the farm on Biden, the Chinese likely stiffed Trump’s negotiators. Now they seem to be having second thoughts. Negotiators are crisscrossing the Pacific again, and the Chinese have placed a couple of big orders for farm products. Are they hedging their bet on Biden, or simply biding their time until they get the election result they want?

Meanwhile, this being Trump, there is a price to pay for such perfidy. The tariffs are a little higher now and the terms of any future agreement will be even tougher. Vice President Mike Pence did not mince words on Thursday when he said that the US will continue to insist that China make significant reforms to its economic system, including abandoning trade barriers, forced technology transfers and predatory subsidies for “national champion” businesses.

Trump himself has made clear that, if no agreement is reached by the time of the 2020 election, Beijing will have an even steeper hill to climb during his second term. 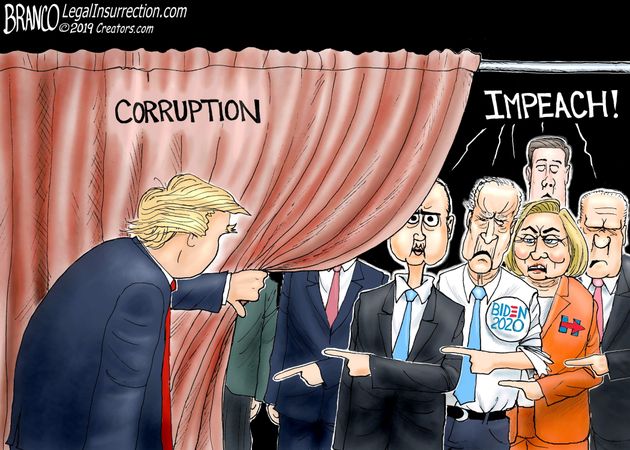 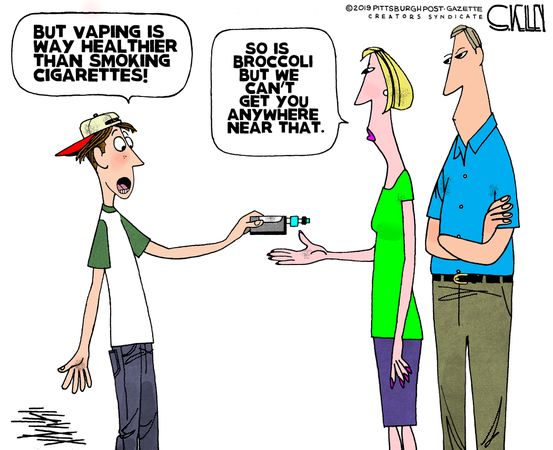 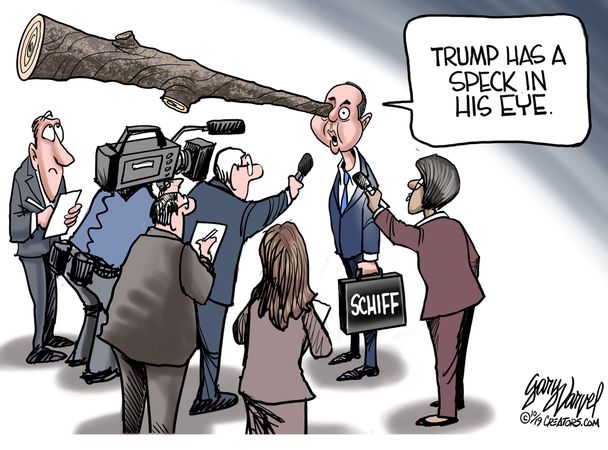 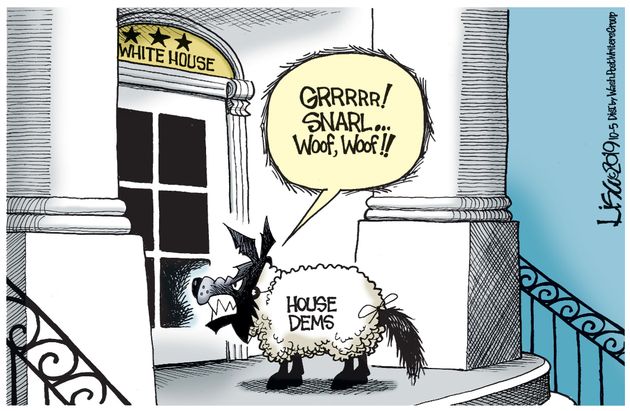 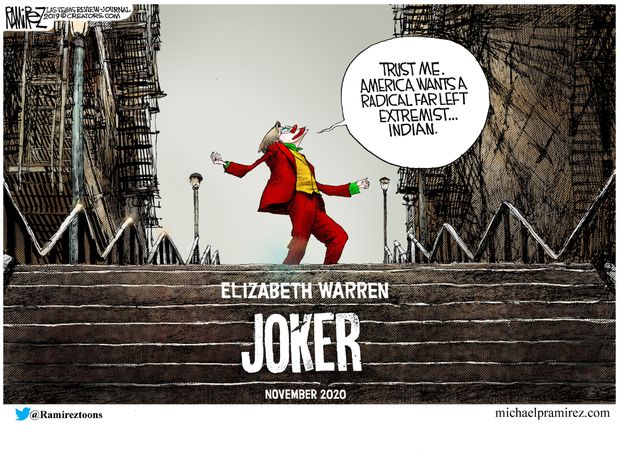 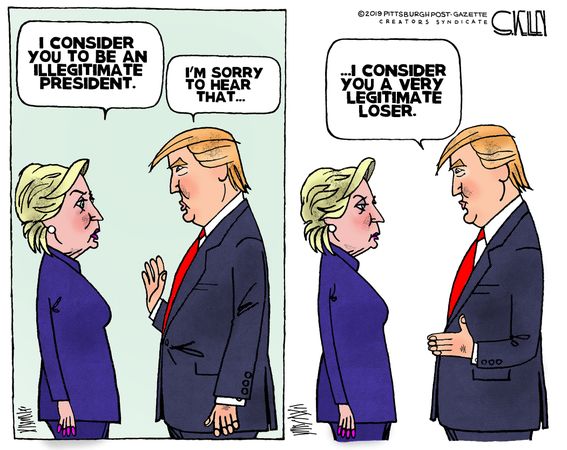 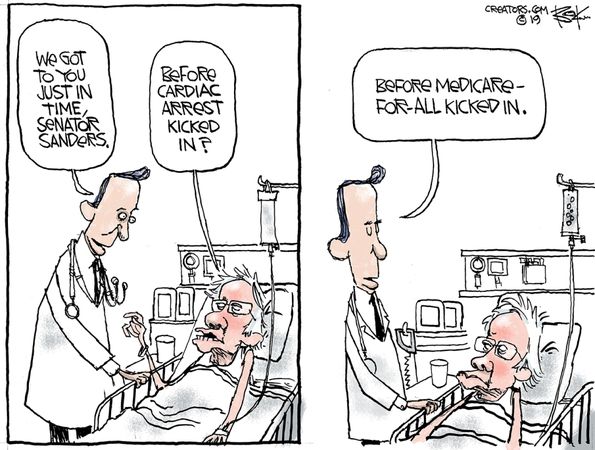 “When Barack Obama and the Democrats on the hill forced the $800 billion American Recovery and Reinvestment Act of 2009 (ARRA) into law, they insisted that waste, fraud, and abuse would not be tolerated. They put “Sheriff” Joe Biden on the case in March, 2009, with Obama warning stimulus recipients that “around the White House, we call him the sheriff – because if you’re misusing taxpayer money, you will have to answer to him. The largest government infusion of cash into the U.S. economy in generations – ARRA was riddled with a massive labor scheme that harmed workers and cheated unsuspecting American taxpayers. At the time, government regulators watched as money slipped out the door and into the hands of companies that rob state and federal treasuries of billions of dollars each year on ARRA projects and other construction jobs across the country.

A review of public records in 28 states uncovered widespread cheating by construction companies that listed workers as contractors instead of employees in order to beat competitors and cut costs. The federal government, while cracking down on the practice in private industry, let it happen in ARRA projects in the rush to pump money into the economy at the time of crisis. Exactly how much tax revenue was forfeited on ARRA projects isn’t clear. Obama and the Democrats insisted that the $800 billion in the ARRA would promote hiring and increase tax revenues, but in many cases it did neither.

Of all 1,278 investigations that the Labor Department wage and hour officials opened for ARRA projects from 2010 to 2013, investigators found wage and hour violations 62 percent of the time. Not eight blocks away, their counterparts at the U.S. Department of Housing and Urban Development distributed ARRA money to thousands of companies to build housing for the poor. Only a few of those projects had federal labor inspectors checking behind the local officials HUD trained to spot wage violations.

“Sheriff” Joe rebuked the naysayers who decried the behemoth ARRA program’s waste, fraud and abuse. “You know what? They’re wrong,” he crowed. But Biden was radio silent about nearly 4,000 ARRA recipients who received $24 billion in Recovery Act funds – while owing more than $750 million in unpaid corporate, payroll and other taxes.

He had nothing to say about the $6 billion in ARRA energy credits for homeowners that went to nearly a third of credit-claimers who had no record of homeownership, including minors and prisoners.

And the $530 million dumped into the profligate Detroit public schools for laptops and other computer equipment that have had, if any, measurable academic benefits.

And the $1 million in ARRA cash that went to Big Bird and Sesame Street “to promote healthy eating,” which created a theoretical “1.47 jobs (about $726,000 per job created).

The ARRA is typical of Washington spending. They pass into law these massive spending bills, that are intended to buy votes, and there is no tracking mechanism in place to account for where the money goes and if it is being spent as intended. (Take the Great Society for instance. It was intended to abolish poverty in America. There was 14% poverty when the bill was signed in 1965 and there is 14% today. The Great Society is just one gigantic welfare give-away ($1 trillion a year).

After reading the above, it is obvious that “Sheriff” Joe did not eliminate waste, fraud, and abuse in the American Recovery and Reinvestment Act. As a matter of fact, this career politician has never done anything since he has been in Washington. He was the most incompetent Vice President in history. He was given the job to monitor the ARRA and failed miserably. His main objective in Congress is to criticize the Republicans, including President Trump, on any legislation they purpose. Now he wants to be President. He has no policies other than raise taxes. Since he announced he is running for President, he has done nothing but go around apologizing for being white. Is this the type of President this country needs at this time in history? I don’t think so. Like the rest of the Democratic candidates, he would destroy President Trump’s accomplishments and move us more toward socialism, with Obama instructing him how to do it.

Joe Biden’s son, Hunter Biden, was named to Ukraine’s largest gas provider following a Ukraine visit by Biden. He later threatened to withhold $1 Billion in U.S. aid to Ukraine if they didn’t fire a prosecutor looking into Hunter Biden’s company.

Hunter Biden, who arrived in China aboard Air Force Two alongside then Vice President Joe Biden, was at the time in control of Rosemont Seneca Partners LLC., a private equity firm that would go on to strike a deal with the state-owned Bank of China to create a $1 Billion joint investment fund. A second meeting that same year between Hunter Biden and other top Chinese officials would occur in Taiwan, just two weeks after Joe Biden opened up strategic talks with China in Washington.

Some hard questions should be answered by Joe Biden as he prepares, potentially, to run for president in 2020: Was it appropriate for your son and his firm to cash in on Ukraine while you served as point man for Ukraine policy? What work was performed for the money Hunter Biden’s firm received? Did you know about the Burisma probe? And when it was publicly announced that your son worked for Burisma, should you have recused yourself from leveraging a U.S. policy to pressure the prosecutor who very publicly pursued Burisma?

“You cannot help men permanently by doing for them what they could and should do for themselves.”

The Church of Scientology, which Michael Jackson held in high regard, has recently proclaimed that Michael Jackson was reborn as a duck and is now residing on a pond on hole 13 at Grandview at Sun City West

Video Proof of this transfiguration is attached: