The Pope met with his Cardinals to discuss a proposal from Benjamin Netanyahu, the leader of Israel.

“Your Holiness”, said one of his Cardinals, “Mr. Netanyahu wants to challenge you to a game of golf to show the friendship and ecumenical spirit shared by the Jewish and Catholic faiths.”

The Pope thought this was a good idea, but he had never held a golf club in his hand.

“Don’t we have a Cardinal to represent me?” he asked.

“None that plays very well,” a Cardinal replied. “But, there’s a man named Jack Nicklaus, an American golfer who is a devout Catholic. We can offer to make him a Cardinal. Then ask him to play Mr. Netanyahu as your personal representative. In addition, to showing our spirit of cooperation, we’ll also win the match.”

Everyone agreed it was a good idea.

The call was made. Of course, Nicklaus was honored and agreed to play.

The day after the match, Nicklaus reported to the Vatican to inform the Pope of the result. “I have some good news and some bad news, your Holiness, ” said Nicklaus.

“Well, your Holiness, I don’t like to brag, but even though I’ve played some pretty terrific rounds of golf in my life, this was the best I have ever played, by far. I must have been inspired from above. My drives were long and true, my irons were accurate and purposeful, and my putting was perfect. With all due respect, my play was truly miraculous.”

“Yes, I lost by three strokes to Rabbi Tiger Woods. 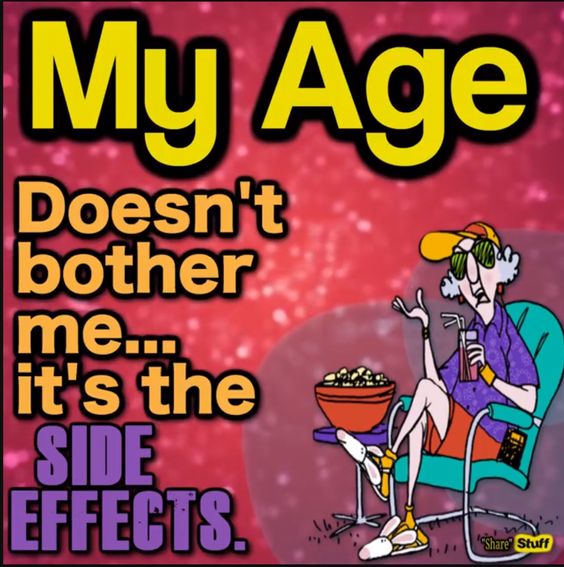 HAVE YOU EVER BEEN GUILTY OF LOOKING AT OTHERS YOUR OWN AGE AND THINKING, SURELY I CAN’T LOOK THAT OLD?

WELL……YOU’LL LOVE THIS ONE! MY NAME IS ALICE SMITH AND I WAS SITTING IN THE WAITING ROOM FOR MY FIRST APPOINTMENT WITH A NEW DENTIST. I NOTICED HIS DENTAL DIPLOMA, WHICH BORE HIS FULL NAME. SUDDENLY, I REMEMBERED A TALL, HANDSOME, DARK HAIRED BOY WITH THE SAME NAME HAD BEEN IN MY SECONDARY SCHOOL CLASS SOME 30-ODD YEARS AGO. COULD HE BE THE SAME GUY THAT I HAD A SECRET CRUSH ON, WAY BACK THEN?

UPON SEEING HIM, HOWEVER, I QUICKLY DISCARDED ANY SUCH THOUGHT.  THIS BALDING, GREY HAIRED MAN WITH THE DEEPLY LINED FACE WAS FAR TOO OLD TO HAVE BEEN MY CLASSMATE. AFTER HE EXAMINED MY TEETH, I ASKED HIM IF HE HAD ATTENDED MORGAN PARK SECONDARY SCHOOL .

‘YOU WERE IN MY CLASS!’ I EXCLAIMED.

HE LOOKED AT ME CLOSELY.

‘WHAT SUBJECT DID YOU TEACH ‘

From a distance of about 6 billion km, Voyager 1, which had completed its primary mission and was leaving the Solar System, was commanded by NASA to turn its camera around and take one last photo of Earth across a great expanse of space, at the request of Carl Sagan.

The accompanying words, written 25 yrs ago are still relevant today.

Life isn’t about getting and having, it’s about giving and being. –Kevin Kruse

Life is what happens to you while you’re busy making other plans. –John Lennon

We become what we think about. –Earl Nightingale

Twenty years from now you will be more disappointed by the things that you didn’t do than by the ones you did do, so throw off the bowlines, sail away from safe harbor, catch the trade winds in your sails. Explore, Dream, Discover. –Mark Twain