“How funny! I guess MSM does not realize that Australia is not required to kiss their Liberal Asses. WHAT ARE THEY GOING TO DO, BOYCOTT KANGAROOS?”

‘NO WORRIES, MATE. THAT IS A BLOODY GOOD TOON.’
-Sheila Tolley- 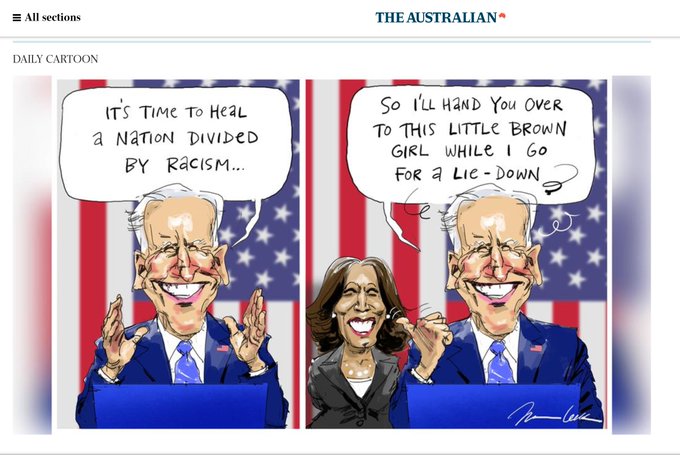 Joe is owned by the Chinese. He has electile dysfunction. 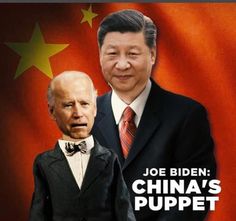 This Chinese Gift to the world, the ridiculous Wuhan Chinese Covid 19 Virus would not exist if the impeachment against Trump had been successful. The America hating democrats tried everything they could to remove Trump from office…and they all FAILED. I could repeat all their tricks from Russia collusion on down, but I am tired of hearing about their failed strategies.

Have you noticed: Every time we point out that democrats proclaimed Trump was over-reacting when he closed down our borders to airline flights, including those from China…they never deny it? Of course, the film clips are readily available, but that is not why they stand behind their callous opinion. It was part of their plan.

In order to get the virus spread all around our country…they had to promote big crowds and celebrations. Remember Piglosi’s (now deleted tweet) “Do not listen to Trump…let’s all go to Chinatown.” There are too many stupid comments to list. Senile Joe even accused Trump of fearmongering. (Actually, I was quite impressed that Senile Joe could say that 4 syllable word without a nap after 2 of the syllables.)

So, the America hating dems managed to get the virus spread around our country with their foolishness. They could check off Step One of Plan B. They knew of course that our Republican Senate will never vote for indictment on their far-fetched impeachment game.

Time to implement Step 2 of Plan B. Shut down Trump’s wonderful economy by demanding quarantines. This step worked best in blue states, imagine that! Good old Dr. (I worship Bill Gates) Fauci….people will listen to him. After a while, he was less liked than the New Coke Recipe.

Well…now they must take a shot at Plan C. They will play the race card. Along comes George Floyd. He played around with a counterfeit $20 long enough for someone to call the police and circle with the cell phone cameras. Then he took enough drugs to kill a full grown elephant. He yells, I Can’t Breathe, Neither could an elephant, after consuming a fatal dose of Fentanyl.  Maybe  George’s original intention was just to get really sick…but he overdone it. I am not excusing the cop in this incident, a person’s neck should never become a knee rest…and if that happens BLM should not use that case to destroy American cities. Our court system will make the final call on the police in this case. George Floyd was given 3 elaborate funerals, his family got MILLIONS in a GoFundMe account…and an American flag from Piglosi. A flag that is reserved for our Veterans. The only time George Floyd ever walked by a  Military Entrance Processing Station, aka, Freedom’s Front Door, he was escorted by police, in cuffs and headed to jail again. So, quit trying to Knight him….he did not float away on angel wings. Get real folks!

I am tired of writing and you are tired of reading ..so I will close with this thought: With his ridiculous rules, Andrew Cuomo, the governor of New York, contributed to the death of the sick and elderly people in New York.

But….Cuomo is a little nervous now since  William Barr may be looking into his incompetent handling of covid 19. Over 6400 people died in New York nursing homes….

…and the entire democrat party wants to blame Donald Trump for the high Covid death rates!

This deer walked into a man’s store in Colorado – he approached the deer & gave him some cookies. The deer left & came back bringing his family with him!

(Oh look, a family of Democratic deer….but I would have given them cookies also….and a MAGA hat. Who could refuse…so cute.)