In our ridiculous liberal world today, Louie Louie could be in your church hymnal.

Last night on Tucker Carlson Tonight…Tucker had a segment on Cardi B’s new hit song. Tucker would not say the name of the song or quote any of the lyrics.

I said to myself…”The song cannot be that bad.” After all, I recall from my youth when Louie Louie by The Kingsmen was banned from radio stations.

My intention was to google the lyrics and post them for you today on my soapbox.

THAT WILL NOT BE HAPPENING. IN FACT, I WILL NOT EVEN POST THE TITLE. YOU CAN GOOGLE  WAP  AND LOOK FOR YOURSELF.

Remember parents, Cardi B…this Filthy Talking Slut, Joe Biden’s friend, is the rap singer and disgusting performer that your child is watching and listening to all day.

SHE IS ABSOLUTELY REPULSIVE!

Please hurry back Jesus. We have no restraints, morals or dignity in this new liberal world.

Say it ain’t so, Joe—-you and married Dr Jill were playing doctor.  Let’s ask the Senate Judiciary Committee to investigate.

Here is some old but useful technology that He Jinli and Biden use to decide what issues to support.

Disney wants your eight year old to know about all kinds of sex.

Satellite Cat:  5G is on the way.  Bezos, the owner of Amazon and Communist paper the Washington Post has been a busy little komrade.

Satellites will soon be a more important part of communication.

Those Democratic Radicals are on to something.

It is hot out West.

Beatings have replaced water in the sanctuary cities.

In 1972 Joe Biden ran successfully for one of Delaware’s seats in the U.S. Senate, beating Republican J. Caleb Boggs. Prior to his swearing in, Biden’s then-wife Neilia Hunter and the couple’s three children were involved in an automobile accident. Neilia and daughter Naomi died from the injuries they sustained, while Biden’s two sons, Beau and Hunter, eventually made full recoveries.

For many years thereafter, Biden would repeatedly claim that his wife and daughter were killed by a “drunk driver.” For example, in mid-September 2001 he told an audience at the University of Delaware: “It was an errant driver who stopped to drink instead of drive and hit a tractor-trailer, hit my children and my wife and killed them.” Similarly, in 2007 speech at the University of Iowa, he said: “Let me tell you a little story. I got elected when I was 29, and I got elected November the 7th. And on Dec. 18 of that year, my wife and three kids were Christmas shopping for a Christmas tree. A tractor-trailer, a guy who allegedly – and I never pursued it – drank his lunch instead of eating, broadsided my family and killed my wife instantly, and killed my daughter instantly, and hospitalized my two sons, with what were thought to be at the time permanent fundamental injuries.”

But Biden’s claims were false. Curtis C. Dunn, the man driving the truck that broadsided Mrs. Biden’s vehicle, was never charged with drunken driving. In fact, some investigators thought at the time that the accident had occurred because Biden’s wife pulled into the intersection not having noticed Dunn’s approaching truck. “The rumor about alcohol being involved by either party, especially the truck driver, is incorrect,” said Delaware Superior Court Judge Jerome  O. Herlihy, the chief deputy attorney general who worked with crash investigators in 1972. Each time Biden uttered his false account of the event, Dunn’s family suffered great anguish.

Shortly after he was first elected to the Senate, Biden voted against funding to help the South Vietnamese government stave off North Vietnamese Communist invaders. This vote, which was in line with the votes of most in Congress’ new Democrat majority, paved the way for the ultimate fall of Saigon and the subsequent mass slaughter of Indochinese peasants. In 1979 Senator Biden shared President Jimmy Carter’s belief that the fall of the Shah in Iran and the advent of Ayatollah Khomeini’s rule represented progress for human rights in that country. Throughout the ensuing 444-day hostage crisis, during which Khomeini’s extremist acolytes routinely paraded American captives in front of television cameras and threatened them with execution, Biden opposed strong action against the mullahs and called for dialogue.

Throughout the 1980s, Biden opposed President Ronald Reagan’s proactive means of dealing with the Soviet Union. Biden instead favored détente – which, in practice, meant Western subsidies that would have enabled the moribund USSR to remain solvent much longer than it ultimately did. He also opposed Reagan’s effort to fund the Contras, an anti-Communist rebel group in Nicaragua.

Minorities are like an endangered species, they are federally protected.

“Students now arrive at the university ignorant and cynical about our political heritage, lacking the wherewithal to be either inspired by it or seriously critical of it.”

A guy walked into a crowded bar waving his model 1911 Colt  pistol and yelled, “I have a .45 Colt with an seven shot clip plus one in the chamber, and I want to know who’s been sleeping with my wife!”

A voice from the back of the room called out… 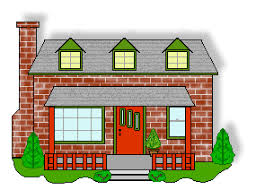 The boss says, ‘You know something, Hung Chow, I really need you today. When I feel sick like you do, I go to my wife and suggest sex. That Makes everything better and I go to work… You try that.’

‘I do what you say and I feel great. I be at work soon……….You got nice house’