The far left says America is an evil country. They say it was founded on slavery. Now then, let’s just look at what a few of the Founding Fathers had to say about slavery.

“I believe a time will come when an opportunity will be offered to abolish this lamentable evil.”

“Ye men of sense and virtue – Ye advocates for American liberty, rouse up and espouse the cause of humanity and general liberty. Bear a testimony against a vice which degrades human nature and dissolves that universal tie of benevolence which should connect all the children of men together in one great family – The plant of liberty is of so tender a nature that it cannot thrive long in the neighborhood of slavery.”

“Another of my wishes is to depend as little as possible on the labor of slaves.”

“It is much to be wished that slavery may be abolished. The honor of the States, as well as justice and humanity, in my opinion, loudly call upon them to emancipate these unhappy people. To contend for our own liberty, and to deny that blessing to others, involves an inconsistency not to be excused.”

“There is not a man living who wishes more sincerely than I do to see a plan adopted for the abolition of slavery. But there is only one proper way and effectual mode by which it can be accomplished, and that by legislative authority.”

“I  wish most anxiously to see my much loved America – it is the Country from whence all reformations must originally spring – I despair of seeing an Abolition of the infernal traffic in Negroes – we must push that matter further on your side the water – I wish that a few well instructed Negroes could be sent among their Brethren in Bondage, for until they are enabled to take their own part nothing will be done.”

“The Boy is a Freeman as much as any of the young Men, and merely because his Face is Black, is he denied instruction? … I have not thought it in any disgrace to myself to take him into my parlor and teach him both to read and write.”

“The turpitude, the inhumanity, the cruelty, and the infamy of the African commerce in slaves have been so impressively represented to the public by the highest powers of eloquence that nothing that I can say would increase the just odium in which it is and ought to be held. Every measure of prudence, therefore, ought to be assumed for the eventual total extirpation of slavery from the United States.”

“Our opinions agree as to the evil, moral, political, and economical of slavery.”

“Nothing is more certainly written in the book of fate than that these people are to be free.

“There must doubtless be an unhappy influence on the manners of our people produced by the existence of slavery among us. The whole commerce between master and slave is a perpetual exercise of the most boisterous passions, the most unremitting despotism on the one part, and degrading submissions on the other.”

“How is it that we hear the loudest yelps for liberty among drivers of Negroes?”

“Could it be thought then that such a palpable violation of the law of nature and of the fundamental principles of society, would be practiced by individuals and connived at, and tolerated by the public in British America! This land of liberty where the spirit of freedom glows with such ardor. Did not obstinate incontestable facts compel me, I could never believe that British Americans would be guilty of such a crime. I mean that of the terrible slave trade, carried on by numbers and tolerated by authority in this country.”

Here we go again. Rashida Tlaib, one of the members of the “Squad”, has a legal problem  that her colleague Ilham Omar might describe “all about the Benjamins.” Specifically, money from her campaign that ended up being paid to her for personal living expenses after she was elected to Congress, which is against the law. The Office of Congressional Ethics recommended subpoenaing Rep.Tlaib and several of her campaign staffers as part of an investigation. When will the other members of Congress wake up to see just what this so called “Squad” really is and do something about them? They have no respect for the law, Congressional conduct, or the Constitution.

“Government is not the solution, but rather the cause of our problems.” 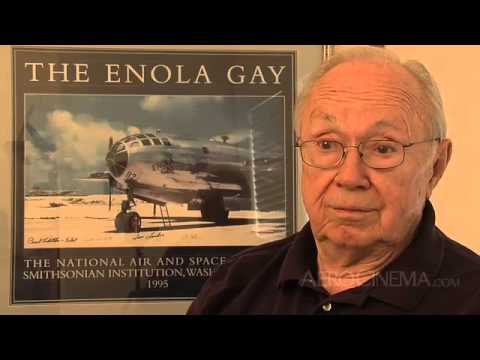 YOUNG PEOPLE CANNOT LEARN FROM HISTORY ANY MORE BECAUSE HISTORY IS NO LONGER TAUGHT AS A REQUIRED SUBJECT IN PUBLIC HIGH SCHOOLS.

THEODORE “DUTCH” J. VAN KIRK WAS THE NAVIGATOR ON THE “ENOLA GAY” WHEN IT DROPPED THE BOMB AT HIROSHIMA, JAPAN.  HE IS THE LAST SURVIVING MEMBER OF THE CREW. THIS REALLY HAPPENED.

DUTCH WAS ASKED TO SPEAK AT A GRAMMAR SCHOOL IN 2012.  THE YOUNG TEACHER INTRODUCED HIM BY SAYING THE SPEAKER WAS A VETERAN OF WORLD WAR ELEVEN (AS IN WWII)?

DUTCH STOOD UP & WALKED OUT OF THE SCHOOL WITHOUT SAYING A WORD. END OF STORY.

FOR THOSE WHO UNDERSTAND, NO EXPLANATION IS NEEDED.

FOR THOSE WHO DO NOT UNDERSTAND, NO EXPLANATION IS POSSIBLE.

To help save the economy, the Government will announce next month that the Immigration Department will start deporting seniors (instead of illegals) in order to lower Social Security and Medicare costs.  Older people are easier to catch and will not remember how to get back home.  Be sure to send this notice to your relatives and friends, so they will know what happened to you.  I started to cry when I thought of you.

Then it dawned on me; I’ll see you on the damn bus!