This would be almost as good as RBG retiring, to get rid of political slut Nancy’s socialist nephew.

India has a crisis.

I hope every person who protests anything is disqualified or removed from the premises—no medal.

Put Pigelosi, Hirono, Maxine, and AOL on the next test flight.

Congress and the Presidents have let them in for 30 years–for campaign presents.

Joe is going to visit the Jim Crow on steroids state.  What a creature.

Mars has a helicopter flight.

The Honest Editor:  What/Who is scamming whom, LL ?

The Muckraker Cat:  Kamala and Joe are giving Kamala’s book to all the illegal kids invading America.

Special K is getting about 99 Pesos for each book- that’s $5.00 US for royalty on each book.  What is even worse is Virginia is not teaching advanced math to gifted students because they say Black kids are too stupid to learn.  They don’t want to embarrass them.

What this accomplishes is that, in the future, when America can’t produce qualified Engineers —the dems can bring future engineers from China on special Visas.

More topical news is that BLM/Antifa have improved their training on throwing objects at the police.  Because of better training they have improved their throwing accuracy.  The large Campbell’s Alphabet Soup has been replaced by a better projectile.  Many looters are effete men and women on drugs who can’t handle an  11 ounce can.  The 5.5 oz V-8–made from vegetable juice concentrate and added ingredients is their new choice.

As more LGBTQAUVK<# join the Armed Forces hand grenades shown in the previous video will be down sized to the 5.5 ounce.  The new patriotic volunteers are familiar with the size.  Kamala’s new Secretary of Defense, General Austin, said the 5.5 ounce grenade would not be a problem—they will just throw more of them.

THE ( how about that ):  That is good news, does he/she/other have other improvements, TMC ?

He sure does.  Once he ferrets out the White Supremacist, Kappa-Kappa-Kappa members, White Bigots, and other Republicans from the armed forces he will have only one more major task,

He will remove other White Supremacist from these places in over 20 countries.

The tune is for America.

Two roads diverged in a wood, and I—I took the one less traveled by, And that has made all the difference.  –Robert Frost 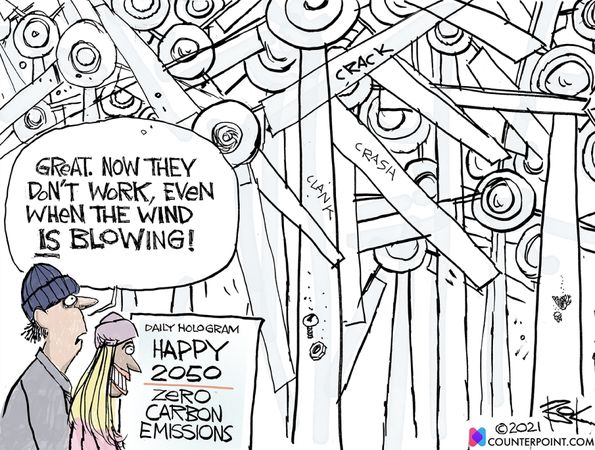 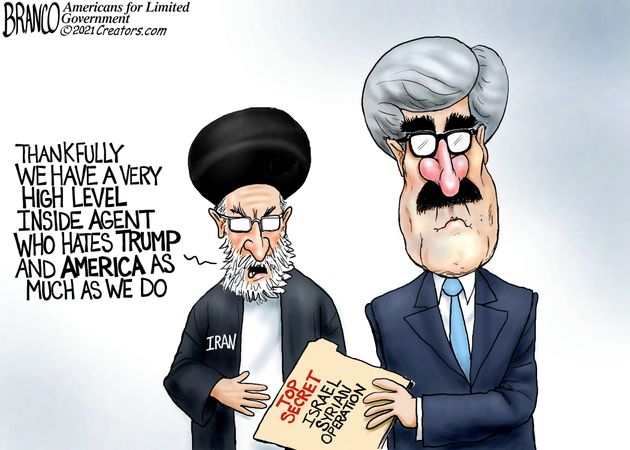 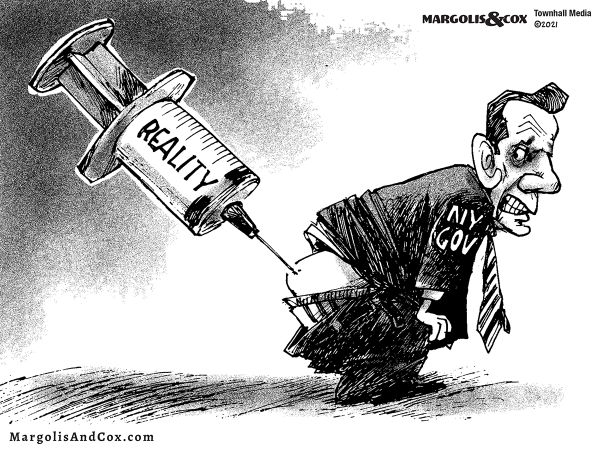 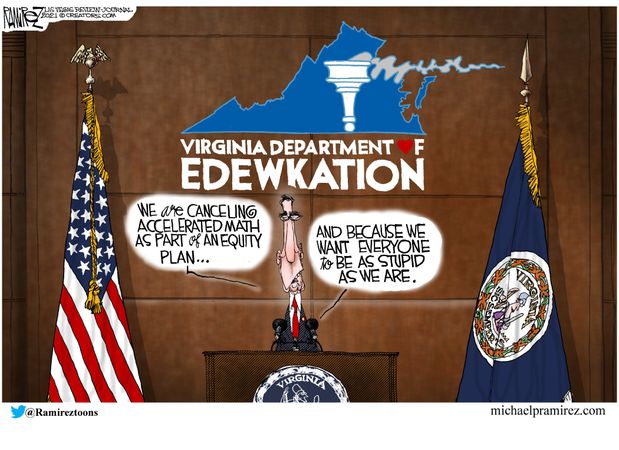 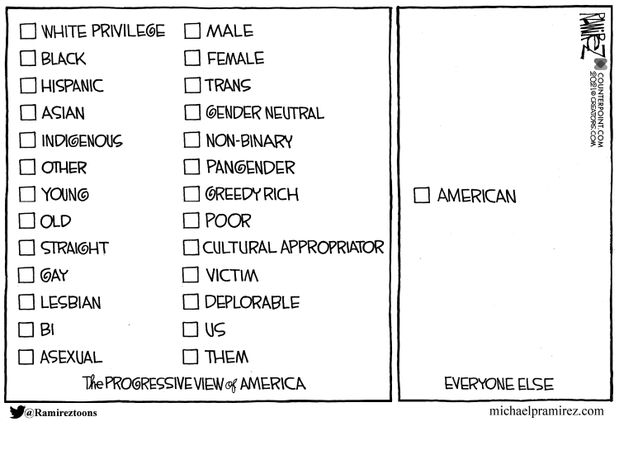 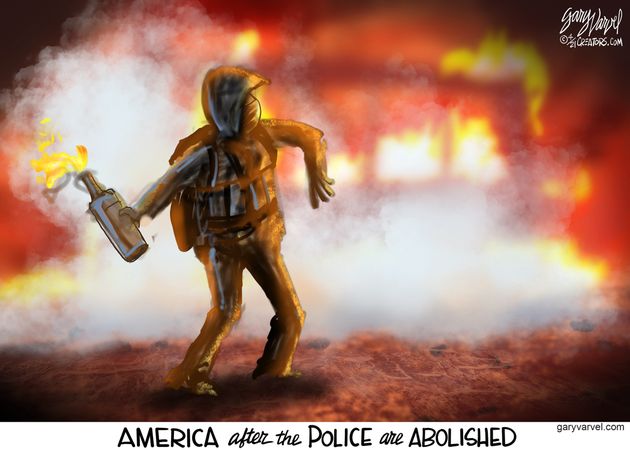 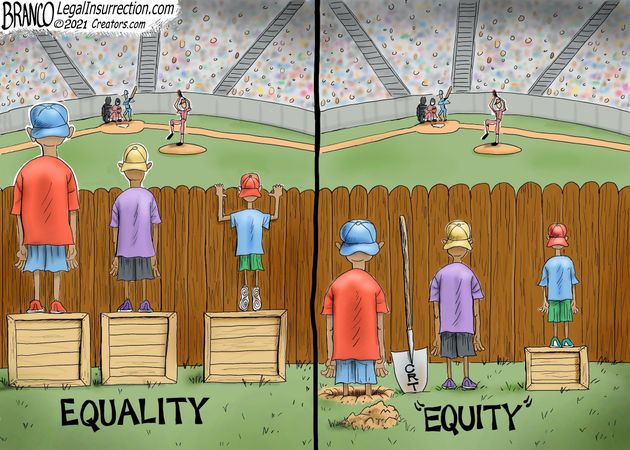 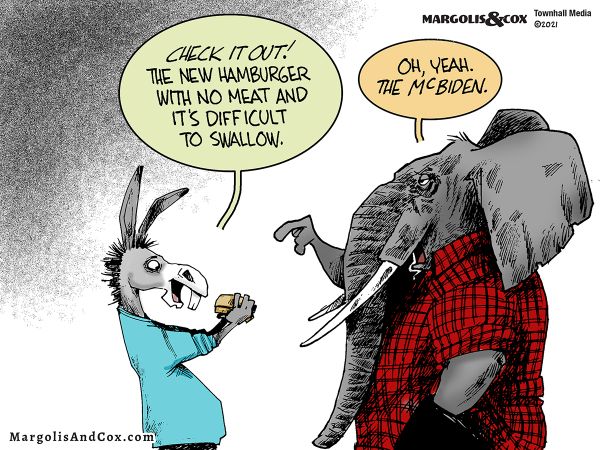 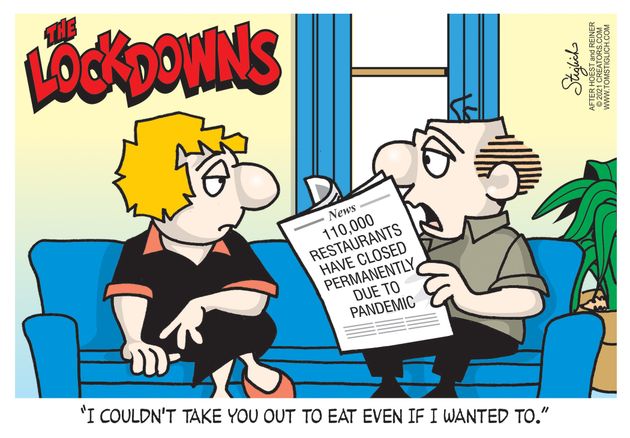 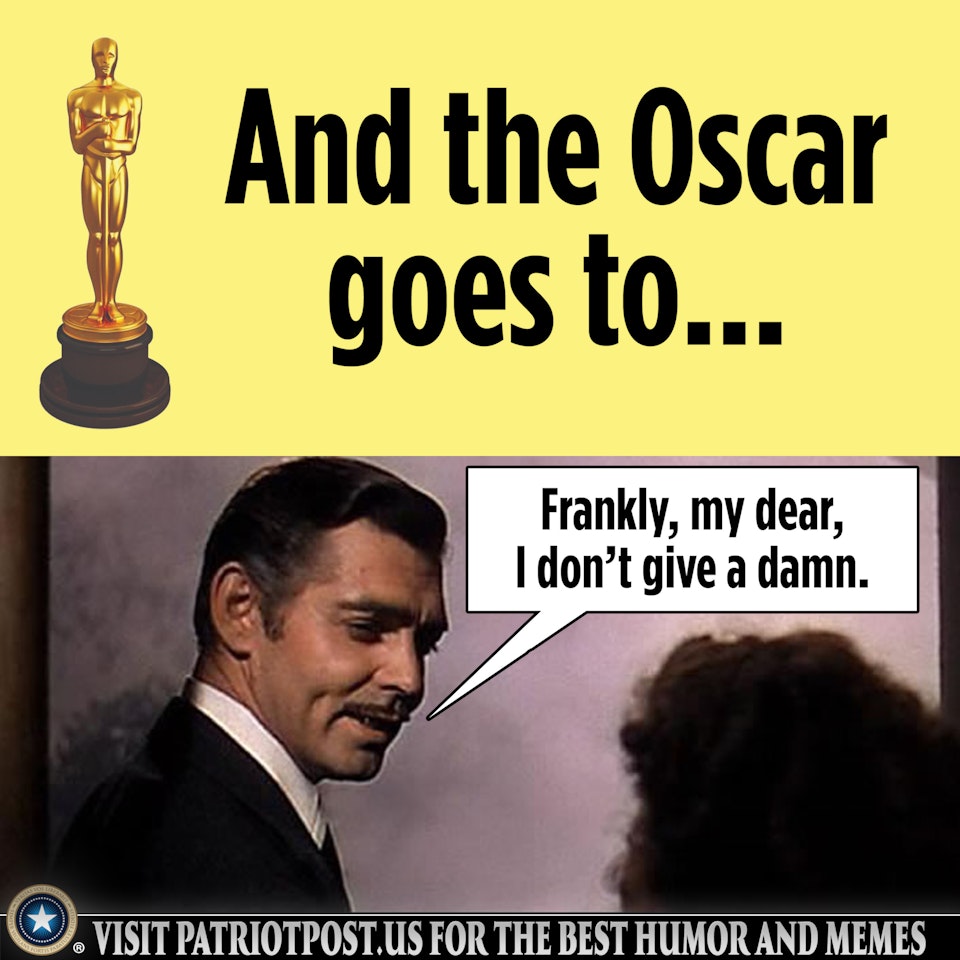 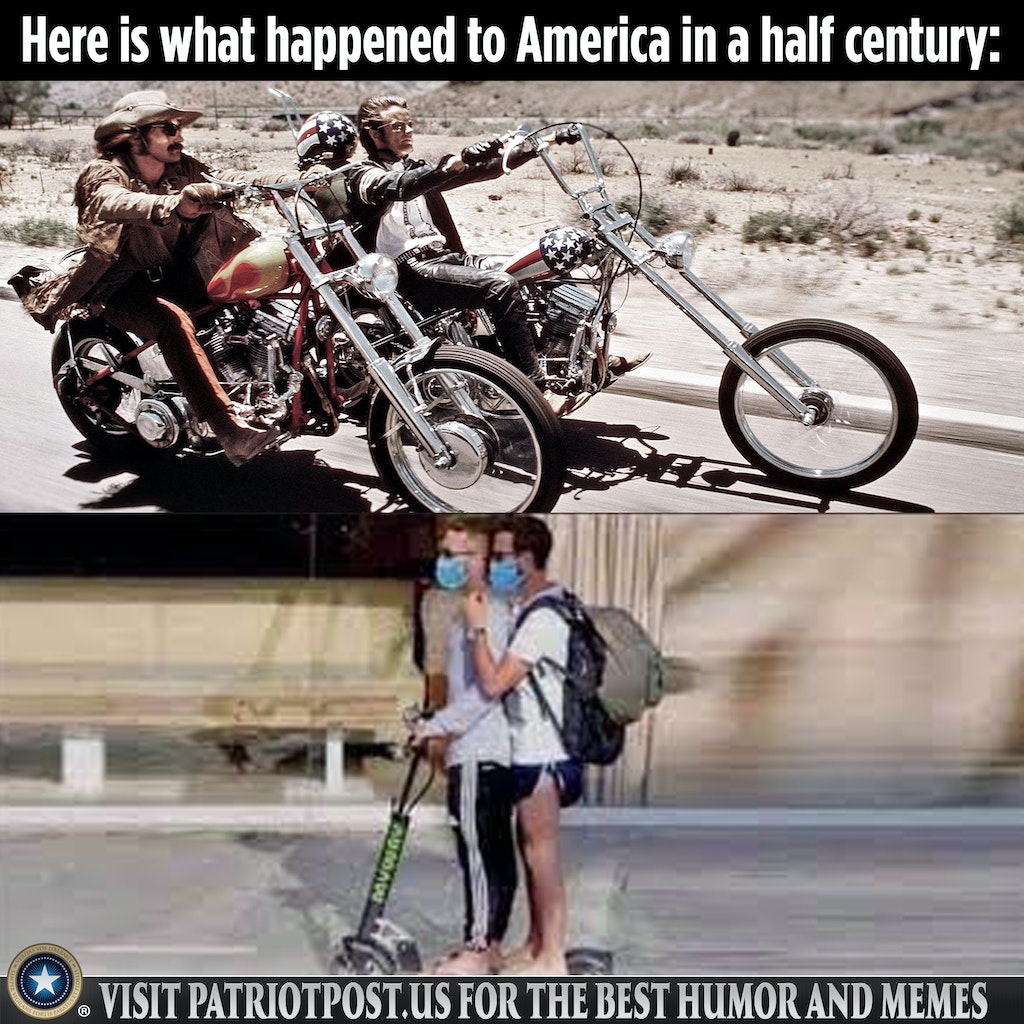 It’s time again for the annual “Stella Awards”! For those unfamiliar with these awards, they are named after 81-year-old Stella Liebeck who spilled hot coffee on herself and successfully sued the McDonald’s in New Mexico, where she purchased coffee. She took the lid off the coffee and put it between her knees while she was driving. Who would ever think one could get burned doing that, right?

These are awards for the most outlandish lawsuits and verdicts in the U.S., you know, the kinds of cases that make you scratch your head. So keep your head scratcher handy.

Here are the Stella’s for this year:

Kathleen Robertson of Austin, Texas was awarded $80,000 by a jury of her peers after breaking her ankle tripping over a toddler who was running inside a furniture store. The store owners were understandably surprised by the verdict, considering the running toddler was her own son.

Carl Truman, 19, of Los Angeles, California won $74,000 plus medical expenses when his neighbor ran over his hand with a Honda Accord.  Truman apparently didn’t notice there was someone at the wheel of the car when he was trying to steal his neighbor’s hubcaps.

Terrence Dickson, of Bristol, Pennsylvania, was leaving a house he had just burglarized by way of the garage. Unfortunately for Dickson, the automatic garage door opener malfunctioned and he could not get the garage door to open. Worse, he couldn’t re-enter the house because the door connecting the garage to the house locked when Dickson pulled it shut.  Forced to sit for eight, count ’em, EIGHT days and survive on a case of Pepsi and a large bag of dry dog food, he sued the homeowner’s insurance company claiming undue mental anguish. Amazingly, the jury said the insurance company must pay Dickson $500,000 for his anguish. We should all have this kind of anguish.

Double hand scratching after this one.

Jerry Williams, of Little Rock, Arkansas, garnered 4th Place in the Stella’s when he was awarded $14,500 plus medical expenses after being bitten on the butt by his next door neighbor’s beagle – even though the beagle was on a chain in its owner’s fenced yard. Williams did not get as much as he asked for because the jury believed the beagle might have been provoked at the time of the butt bite because Williams had climbed over the fence into the yard and repeatedly shot the dog with a pellet gun.

Pick a new spot to scratch, you’re getting a bald spot.

Amber Carson of Lancaster, Pennsylvania because a jury ordered a Philadelphia restaurant to pay her $113,500 after she slipped on a spilled soft drink and broke her tailbone The reason the soft drink was on the floor: Ms Carson had thrown it at her boyfriend 30 seconds earlier during an argument.

Only two more so ease up on the scratching..

Kara Walton, of Claymont, Delaware sued the owner of a night club in a nearby city because she fell from the bathroom window to the floor, knocking out her two front teeth. Even though Ms. Walton was trying to sneak through the ladies room window to avoid paying the $3.50 cover charge, the jury said the night club had to pay her $12,000….oh, yeah, plus dental expenses. Go figure.

This year’s runaway First Place Stella Award winner was: Mrs. Merv Grazinski, of Oklahoma City, Oklahoma, who purchased a new 32-foot Winnebago motor home. On her first trip home, from an OU football game, having driven onto the freeway, she set the cruise control at 70 mph and calmly left the driver’s seat to go to the back of the Winnebago to make herself a sandwich. Not surprisingly, the motor home left the freeway, crashed and overturned. Also not surprisingly, Mrs. Grazinski sued Winnebago for not putting in the owner’s manual that she couldn’t actually leave the driver’s seat while the cruise control was set. The Oklahoma jury awarded her–are you sitting down?–$1,750,000. PLUS a new motor home. Winnebago actually changed its manuals as a result of this suit, just in case Mrs. Grazinski has any relatives who might also buy a motor home

If you think the USA court system is out of control, be sure to pass this one on! 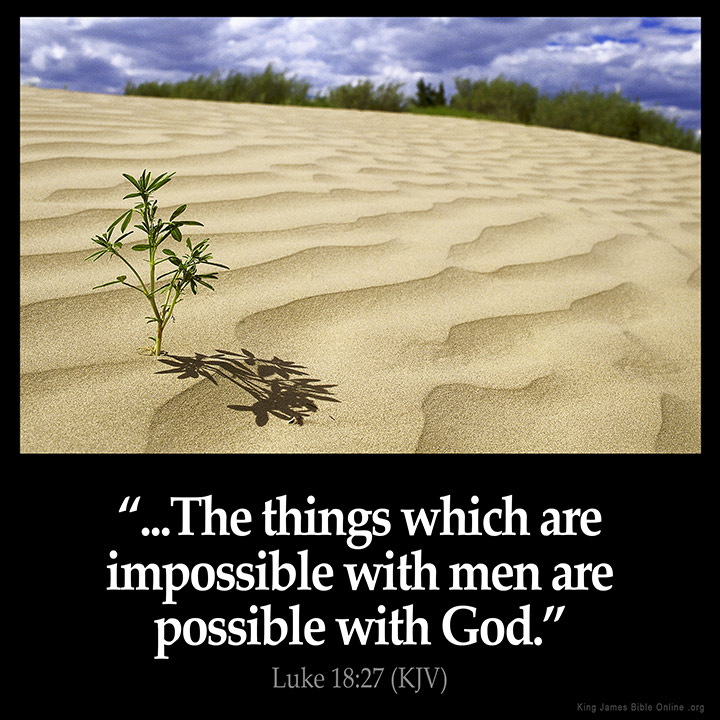 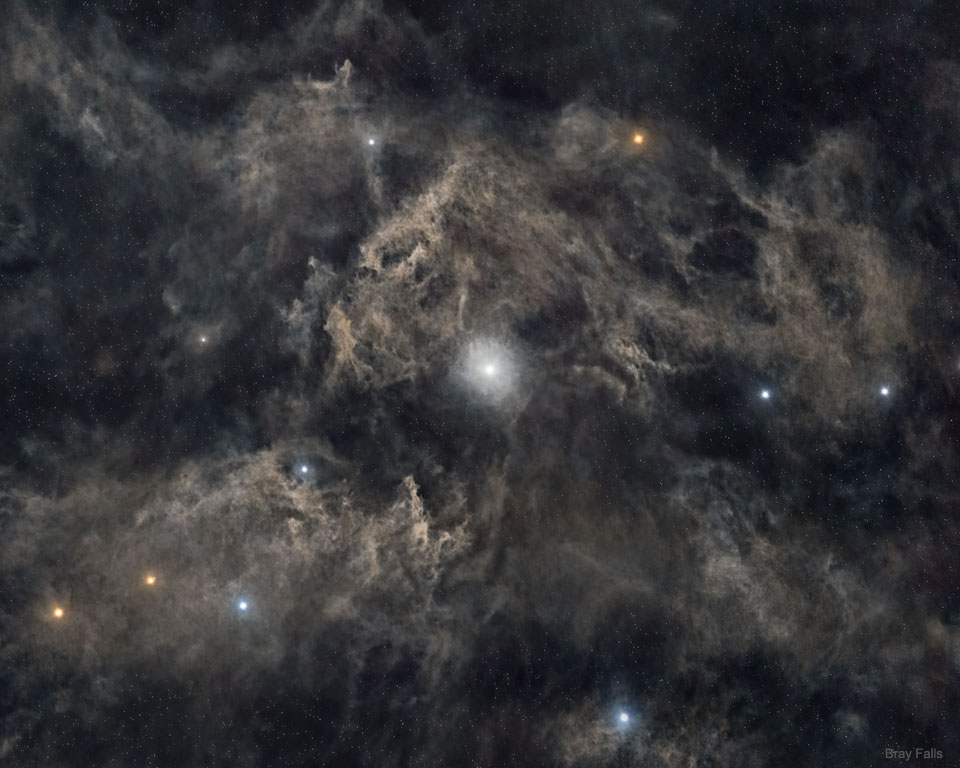 Explanation: Why is Polaris called the North Star? First, Polaris is the nearest bright star toward the north spin axis of the Earth. Therefore, as the Earth turns, stars appear to revolve around Polaris, but Polaris itself always stays in the same northerly direction — making it the North Star. Since no bright star is near the south spin axis of the Earth, there is currently no South Star. Thousands of years ago, Earth’s spin axis pointed in a slightly different direction so that Vega was the North Star. Although Polaris is not the brightest star on the sky, it is easily located because it is nearly aligned with two stars in the cup of the Big Dipper. Polaris is near the center of the eight-degree wide featured image, an image that has been digitally manipulated to suppress surrounding dim stars but accentuate the faint gas and dust of the Intergalactic Flux Nebula (IFN). The surface of Cepheid Polaris slowly pulsates, causing the star to change its brightness by a few percent over the course of a few days.