This year, Super Bowl LIV took place in Miami. It was, therefore, appropriate for the halftime show to have a Latin beat, with Shakira and J-Lo as the headliners. Still, some people asked, “Did the show have to be so vulgar?” On the pro side, Shakira and J-Lo are both superb entertainers, the songs they used were fun and energetic, the Latin beat rocked, and the backup performers were excellent. All in all, the show was a polished 14 minutes of top-flight Latin-infused pop music and dancing. Any people who attend a stadium show just to see these two performers, both of whom sing and dance extremely well, would have felt they got their money’s worth. Bravo!

But on the con side, the show was vulgar, and that’s not just because, in keeping with all Latin dancing going back to the early 20th century, there was a lot of hip-shaking. Few people are going to get bent out of shape by that traditional Latin American dance dynamic. While shaking hips are now old hat, there were still a lot of vulgar moves and costumes in the halftime show:

With all of this sexually explicit dancing, it was bizarre to have the show end with a chorus of sweet-faced girls (including J-Lo’s own daughter) doing the usual women’s empowerment shtick. For old-fashioned feminists, sexually objectifying oneself has little to do with empowerment.

Republicans only vote once every four years. A good example of this is the Sixth Congressional District here in Georgia. In 2016, the Democratic Party spent 28 million dollars to defeat Republican candidate Karen Handel, but failed. Two years later, spending virtually no money and with an unknown candidate, they defeated Handel. Why? The Republicans failed to get out and vote. Hopefully, they have now seen what happens when you don’t vote, the inmates take over the asylum. And if the moron American hating Democrats keep the majority in the House of Representatives in November, Nancy Pelosi will remain Speaker of the House and second in line for the presidency of the United States. That should be enough incentive for every freedom loving American to get out and vote.

“It ain’t so much what a man doesn’t know that causes him so many problems, but what he knows that ain’t so.”

Duchess is the proud and beautiful canine belonging to Hank Ashmore…Hank, A.K.A, The Deplorable Infidel is Tolley’s Topics contributor of Food For Thought.

You will be proud to know that Duchess is not a wimp like the Liberals or a traitor like Mitt Romney. She stands by her MAN! Check out the photo shown below.

We are all aware that MSM has a thesaurus guy whose single duty is to notify all liberal media of the WORD OF THE DAY. Every reporter uses the WOTD in as many sentences as possible. They have actually, on occasion, used complete sentences. We, at Tolley’s Topics, cannot hold their lack of education against them. I am sure they all attended the same liberal colleges. They were busy looking for safe places and crying towels…so we let them slide on their test scores and entrance exams. If push comes to shove, their parents can always pay off a coach and lie about their kid being a member of the local rowing team.

The most recent overused WOTD is BOMBSHELL. You remember the bombshell moment when the whistleblower, Eric Ciaramella, told Adam Schiff that he heard Donald Trump on a phone call. Then it turns out that he was not actually listening in, in the same room or in the same state when Trump’s Perfect call was made.

Their next bombshell was John (I wanna sell a book) Bolton. MSM had to drop this bombshell fast so  Amazon could get some pre-publication orders. They knew The National Security Council would soon force John Bolton to remove his lies from the manuscript. Rumor has it that the only chapters left after the manuscript is redacted will be Bolton’s personal favorite two chapters, titled “I’ve Never Seen A War I Did Not Like” and “I Sure Miss RINO, John McCain…But Mitt Romney is A Perfect Replacement.”

It appears that the Thesaurus Guy slept late today. In order to assist in his tardiness on supplying the Word Of The Day…we have volunteered to help. That is why people love us here at Tolley’s Topics, we are always willing to lend a helping hand.

The word for today is Acquitted. Just as MSM….we feel obligated to use the WOTD in a sentence:

The Democrats should-a-quitted Trump before they made complete fools of themselves. 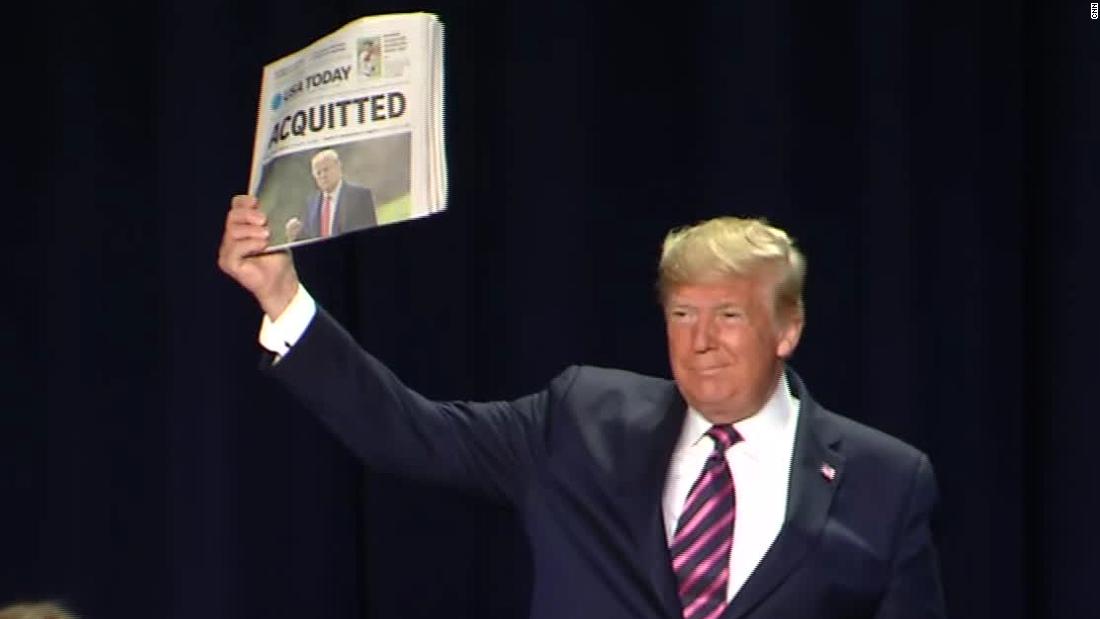