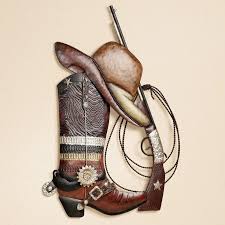 Here are the Five Rules for Men to Follow for a Happy Life that Russell J. Larsen had inscribed on his headstone in Logan , Utah . He died not knowing that he would win the “Coolest Headstone” contest.

FIVE RULES FOR MEN TO FOLLOW FOR A HAPPY LIFE

1. It’s important to have a woman who helps at home, cooks from time to time, cleans up, and has a job.

2. It’s important to have a woman who can make you laugh.

3. It’s important to have a woman who you can trust, and doesn’t lie to you.

4. It’s important to have a woman who is good in bed, and likes to be with you.

5. It’s very, very important that these four women do not know each other or you could end up dead like me.

“I always listen with an open mind…but I have NEVER heard My National Anthem sang better than this version by LeAnn Rimes.”
-Sheila Tolley- 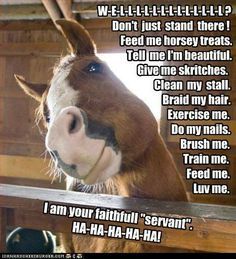 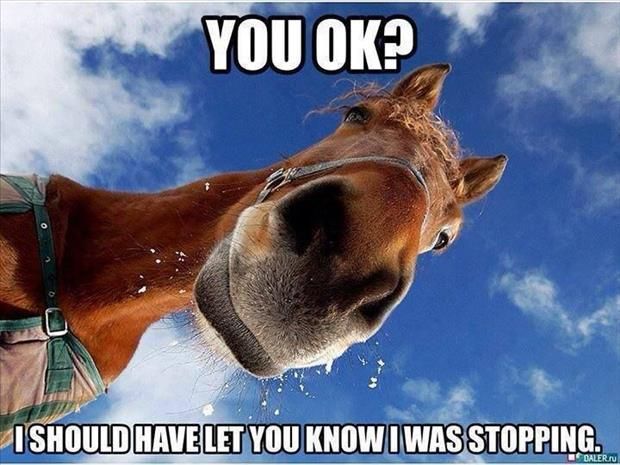 If Donald Trump deleted all of his emails, wiped his server with Bleachbit and destroyed all of his phones with a hammer, would the Mainstream Media suddenly lose all interest in the story and declare him innocent?

Each ISIS attack now [allegedly] is a reaction to Trump policies, but all ISIS attacks during Obama’s term were due to Climate Change and a plea for jobs?

We should stop calling them all ‘Entitlements’: Welfare, Food Stamps, WIC, ad nauseam are not entitlements. They are taxpayer-funded handouts, and shouldn’t be called entitlements at all. Social Security and Veterans Benefits are Entitlements because the people receiving them are entitled to them. [Because] they were earned and paid for by the recipients. The others were not.

If Liberals don’t believe in biological gender then why do they march for women’s rights?

How did the Russians get Debbie Wasserman Schultz and the DNC to steal the Primary from Bernie Sanders?

Why is it that Democrats think Super delegates are fine, but they have a problem with the Electoral College?

If you don’t want the FBI involved in elections, don’t nominate someone who’s being investigated by the FBI.

If Democrats don’t want foreigners involved in our elections, why do they think it’s all right for illegals to vote?

Now my head [really] hurts, I’m going to quit thinking for a while….

I assume you know the results of the NH primary. The Dems have so many problems it is hard to pick a starting point. As of this afternoon they had 3 candidates drop out of the race including the only remaining black candidate. So much for the inclusive nature of the Democrat Party! Next they have Warren who cannot do better than 4th place on her home turf. Maybe all those lies are starting to catch up with her. I suspect she will try to stay in the race until Super Tuesday when she will get destroyed and then the money will dry up and she will be history. Biden said he would win in Iowa – he didn’t. Then he said that he would win in NH – and he didn’t even after they took 4 candidates off the campaign trail during the impeachment hoax. Now he says SC is his firewall because he has the black vote there. Guess what – his support among blacks in SC has dropped from about 60% two weeks ago to about 29% today. He was never going to make it anyway and that primary will probably seal the deal for him.

It looks like Sanders has put together a campaign organization to go the distance, unlike any of the remaining candidates. Now we have MSNBC – yes, MSNBC – trying to take out Sanders. You can’t make this stuff up. The political left-wing media has decided that Sanders should not be allowed to win the nomination. I guess the power brokers and establishment created a monster when they allowed Independent Sanders to run as a Democrat. Just think how the Dems will do in the national elections (especially in House and Senate races) with a devout socialist at the top of the ticket. I wonder how states will list Sanders on their ballots? Will he have a (D) after his name or an (I)? I could see the RNC demanding that he be listed as (I) if for no other reason than to highlight his socialist background and policies.

So going into the Democrat convention, it looks like a 2 horse race with Sanders and the squad leading the charge from the far, far left. Coming in from the moderate, or conservative, or independent, or whatever works today corner will be Mike Bloomberg with his checkbook and paid army. Sanders will probably have a fair amount of delegates but not enough to win on the first ballot. Then the super delegates come into play on the second ballot and any additional ballots. But watch closely because the way the DNC convention is set up they can change the rules at the beginning of the convention. Don’t be surprised if they try to change the rules to allow super delegates to vote on the first ballot to avoid a contested contest. If Sanders is selected, he will almost surely hurt the party’s chances of retaining control of the House and probably some state and local elections as well. If Bloomberg is selected, it is very unlikely that Sanders base of supporters will vote in November, and if they do it will be for anybody but Bloomberg. Trump would be a strong bet to win a second term against either Sanders or Bloomberg.

If the Dems fail to pick a candidate in the 1st or 2nd round of balloting, this is where we might see a proposal to select a dark horse candidate. You might see a pitch to draft Michelle Obama. I know it sounds crazy but the Dems will be looking for a hail mary person to save the party. Can you just see the debates with Trump going up against Michelle Obama? I do think that she would probably get a lot of votes despite not being qualified to do anything – sort of like her husband!

The one element in all of this that deserves consideration is what happens with the Durham investigation and some of the other DOJ investigations recently started. If we start to see indictments handed down that could change everything very quickly. People will pay attention to these actions and their confidence in selecting a candidate may well be decided on which party they believe is more honest. Independents will be a key group to watch.

Right now it looks like Trump is holding most of the high cards. Don’t put much confidence in any of the polls coming out. They are not representative of the voting population in November. For example, a significant percentage of the people who attended the Trump rally in NH on Monday night had never voted in a national election but they decided to vote this November. None of these folks would ever have been included in any of the polls being taken from now until election night. To say that Trump’s poll numbers are understated is the only true statement that can be made!

What Would Explain Mayor Pete’s Appeal to Voters? Dan Bongino Nails it

Cupid Cat: No, but we like the wrapping paper and boxes ? Here is a little history.

Your ex is valuable.

You are fortunate if you have a good babysitter.

Smollett gets a Valentine.

Those New Yorkers are such goofs. 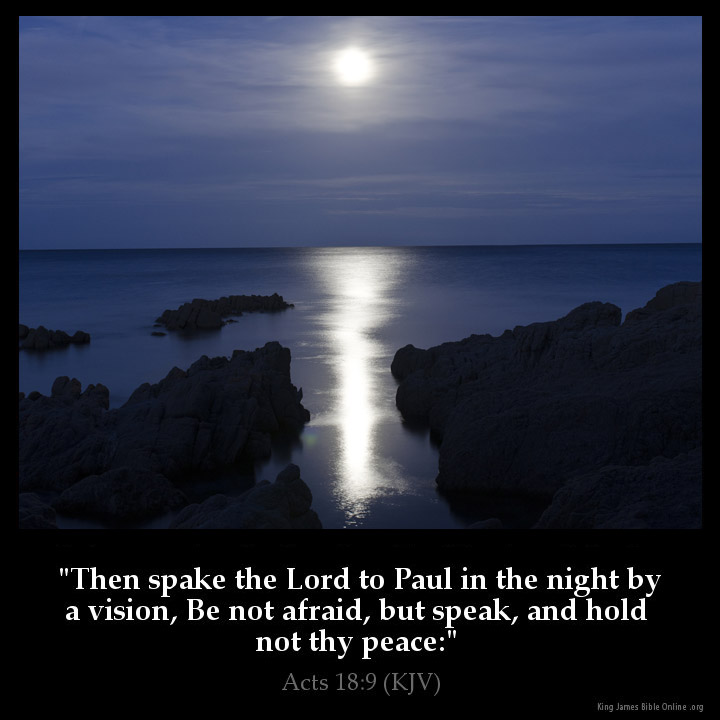 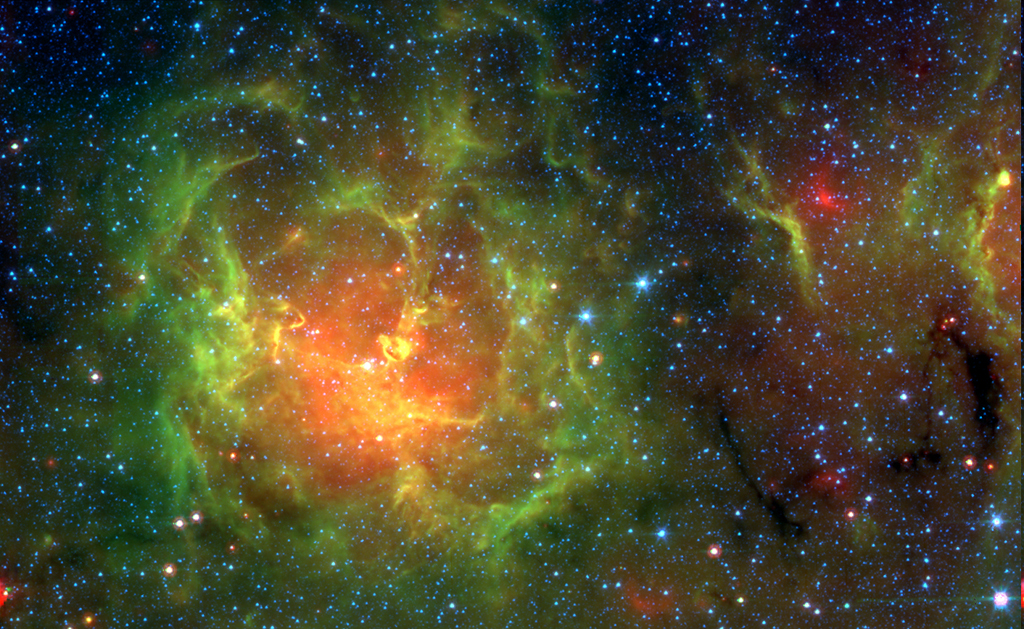 Explanation: The Trifid Nebula, also known as Messier 20, is easy to find with a small telescope. About 30 light-years across and 5,500 light-years distant it’s a popular stop for cosmic tourists in the nebula rich constellation Sagittarius. As its name suggests, visible light pictures show the nebula divided into three parts by dark, obscuring dust lanes. But this penetrating infrared image reveals the Trifid’s filaments of glowing dust clouds and newborn stars. The spectacular false-color view is courtesy of the Spitzer Space Telescope. Astronomers have used the infrared image data to count newborn and embryonic stars which otherwise can lie hidden in the natal dust and gas clouds of this intriguing stellar nursery. Launched in 2003, Spitzer explored the infrared Universe from an Earth-trailing solar orbit until its science operations were brought to a close earlier this year, on January 30.