Here are some possibilities for the ACB procedures.

Joe and Hunter are fitting Demcomm replacements for Hill and Bill.

Nike is laying off employees.

The Editor:  What is the MSM up to, LL ?  In one week they had three instances of showing the truth about the Democrat Coven.

Befuddled Cat:  I am perplexed.  Here are some tidbits.

One of New York’s State Supreme Court Judges has an attitude.

“One man with courage makes a majority.” ~Andrew Jackson

“The only thing we have to fear is fear itself.” ~Franklin D. Roosevelt

But wait…There are more great orators of the Democrat Party –MORE RECENT GEMS of wisdom:

“It depends what your definition of ‘is’ is?” ~William Jefferson Clinton

“Those rumors are false. I believe in the sanctity of marriage” ~John Edwards

“Gorsuch isn’t fit to serve because he uses law and not emotions.” ~Kamala Harris

“What difference does it make?” (re: Benghazi) ~Hillary Clinton

“I invented the Internet.” ~ Al Gore

“Homicide is the leading cause of murder.” ~Rep. Sheila Jackson

“Having an abortion is no different than having one’s tonsils removed.” ~Elizabeth Warren

“Owning guns is not a right. If it were a right, it would be in the Constitution.”~Alexandria Ocasio Cortez (2018)

“Bill is the greatest husband and father I know. No one is more faithful, true, and honest than he is.” ~Hillary Rodham-Clinton (Quoted in 1998)

“You have a business, you didn’t build that. Someone else did!” ~Barack Obama (Quoted in 2012)

“Social Security has nothing to do with the deficit.” ~Bernie Sanders

And the most ridiculous gem of wisdom, from the “Mother Superior of STUPID”:

“We just have to pass Obama’s Healthcare Bill to see what’s in it.” ~Nancy Pelosi (Quoted March in 2010) (As one Doctor said: “That is also the perfect definition of a stool sample.”)

Beyond a doubt, the greatest statement of all was made by the Democrat House Speaker at the first Congressional session after Ted Kennedy was caught, on camera, having sex with one of his aides on the deck of his yacht.

“Ah see that the good Senatuh from the great state of Massutwoshits has changed his position on off-shore drillin’.” ~ Sam Rayburn

AND THE LATEST FROM THIS DYSFUNCTIONAL, STUPID BUNCH IS…….

I am adding Nancy Pelosi’s most recent quote:

“You need to vote for the Democrats otherwise the illegal aliens will lose their rights”!~ Nancy Pelosi……2019 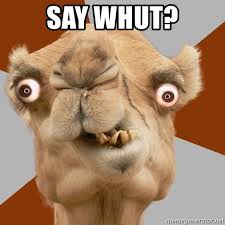 What planet are these Democrats  from?

A husband and wife were at the mall when they got separated. The wife calls him on her cell phone. “Where are you?” she asks.

“Well, do you remember the store when we were first married and you were looking at a beautiful ring in the jewelry store window, but we could not afford it?”

“Yes”, she replies, excited to think about what he was about to say, a tear forming in her eyes.

“Great, I am at the sports store right next to it.”