“Just in case….Senile Sleepy Joe comes up missing…..I think she may have eaten him.”
-Sheila Tolley-

A husband and wife were sitting watching a TV program about psychology which was explaining the phenomenon of “mixed emotions”. The husband turned to his wife and said, “That is an absolute bunch of crap. I bet you can’t tell me anything that will make me happy and sad at the same time.”

She said: “Out of all your friends, you are the best lover!” 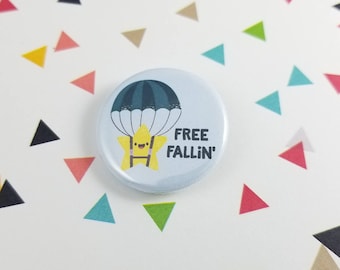 There were five people aboard an airplane having engine trouble getting ready to crash, however, there were only four parachutes. Everyone wondered what should be done to determine who should get the parachutes.

The little lad said, “Sir there are really two parachutes left.” The old gentlemen asked, excitedly, “Yeah? How?” “Well,” replied the boy, “you know that guy who thought he was the smartest and greatest thing that hit the face of the Earth? He grabbed my backpack.”

A duck is standing next to a busy road, cars zooming past while he waits for a break in traffic.

A chicken walks up to him and says, “Don’t do it, man. You’ll never hear the end of it.” An old Italian man is dying. He calls his grandson to his bedside, Guido, I wan’ you lissina me. I wan’ you to take-a my chrome plated  revolver so you will always remember me.”

“But grandpa, I really don’t like guns.. How about you leave me your Rolex watch instead?”

This guy is a true Communist, Black Radical, and Hate America skank.

If you want to keep Satan Schumer in the Senate minority donate to these 2 candidates.  You might also keep the Supremes at 9 members.

The Prediction Editor:  What is your title about, LL ?

It’s the Mark Of The Beast.

Here is one interpretation.

Joe and his Little Demons will make all people get a vaccine or you won’t be able to shop or even go outside.  The BLM, Antifa, and even the Bloods & Crips will be in charge of the program.  Here are the four groups rounding up Conservatives for reeducation camps.

Tik Tok ( a Communist Social Media site ) talks of China and the Dragon.  It is terrible.

Here is a word to the wise—any money that you pay in advance for any B&B, concert, airplane ticket, hotel, or any thing else will never be refunded, if for any reason the event is cancelled.

The End is near.