Having worked in Production Supervision all my life…this absolutely CRACKS ME UP. I truly cannot quit laughing at this meme.
-Sheila Tolley-

If you squash a marshmallow rabbit,
it becomes Kim Jong-un. 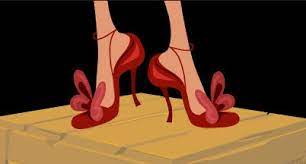 I can understand the giving of gifts at Christmas. After all, the Wise Men did take gifts to baby Jesus. I am not clear how the fat man in the red suit fits into the picture. That is just one of those things that I accepted.

I am totally lost on the Easter situation. I believed for many years that I must have had some chapters missing from my Bible. I started looking at other Bibles and sure enough, they were just like mine. Nowhere in there does it mention a rabbit. I can go along with an Easter Angel but not Peter Cottontail. Why did they pick an animal that does not lay eggs, then use eggs as the symbol. I am so confused. I think credit should be given where credit is due. It is not fair for the chicken to do the work while the rabbit gets all the credit! It would have worked out just as well with a chicken anyway.

We are asking for trouble if we do not show proper appreciation. The chickens may quit laying eggs at Easter. I heard Santa is already losing some of his elves to Keebler. They did not get enough credit and he expected them to support a family of elves while working only one month a year. Rumor on the street is they enjoy the hollow trees much more than the North Pole. It is much warmer and they get all the free cookies they can eat.

Enjoy your Easter Day…run along and hide the pretty eggs.

AND FEED THE CHICKENS!

This is, especially, for our Oregon readers.

Here is Hillbunny commenting on autistic children at the Governor’s Mansion egg hunt, when she was First Lady of Arkansas.

Putin seems to be driving more countries to join NATO.

I hope the politicians aren’t robbed or killed.

The security cameras in New York don’t work-period.  Jeff Epstein was monitored by 3, and 3 guards–none worked or reported anything unusual.  When he went to the gatekeeper in his next life the keeper said he was surprised by his suicide, Jeff said, not as surprised as me.  The subway shooter also had defective cameras observing his shootings.

The polls are looking good, but don’t get lazy–let’s get a super majority.

Here is another optical illusion.

Hasta la vista Dianne, take Pigwoman-Nancy with you.  Don’t forget your last stock-option in your desk.

The feds, Pigleosi, and Bowser could have controlled the situation.  Instead, they assisted.  The next Republican President should pardon all of them.

Gardner is the one who kept trying to convict the couple defending their home during the riots.  She is a C.

Durham is slithering up on the Hillgal Election like a giant snake.

The  Compound/Double First Name Cat:  Here are the origins of some names.

Marijuana has been politicized for almost a 100 years.  Alcohol is more dangerous.  Follow the money to politicians and drug companies.  You can’t trademark or patent a natural plant.

Disney employees have a lot to say.

Trump Jr. has an idea.

Here is a double-first name song, and a maybe or possible.