Tight as Dick’s hatband.
Tight as a tick.
Tight as a clothesline.
Tight as a fiddle string.
Tight as wallpaper.
Tight as a wet boot.
Tight enough to raise a blister.
So tight he squeaks when he walks.
He’ll squeeze a nickel till the buffalo screams.
She has short arms and deep pockets.

He’s got a big hole in his screen door.
She’s one bubble off plumb.
She’s one brick shy of a load.
She’s two sandwiches short of a picnic.
He’s a few pickles short of a barrel.
There’s a light or two burned out on his string.
He’s missing a few buttons off his shirt.
The porch light’s on but no one’s home.
He’s lost his vertical hold.
He’s overdrawn at the memory bank.
I hear you clucking, but I can’t find your nest.
She’s got too many cobwebs in the attic.
Crazy as a bullbat.
Crazy as Larrabee’s calf.

He could draw a pat hand from a stacked deck.
He always draws the best bull.
He’s riding a gravy train with biscuit wheels.
He could sit on the fence and the birds would feed him.

In tall cotton.
Running with the big dogs.
He didn’t come to town two to a mule.
She’s got more than she can say grace over.
So rich they can eat fried chicken all week long.
Rich enough to eat her laying hens.

If a trip around the world cost a dollar, I couldn’t get to the Oklahoma line.
He’s so broke he’s busted all Ten Commandments.
Poor as a lizard-eating cat.
Hasn’t got a pot to pee in or a window to throw it out of.
So poor I had a tumbleweed as a pet.
I ate so many armadillos when I was young, I still roll up into a ball when I hear a dog bark.
So poor we had to fertilize the sills before we could raise the windows.
Poor as sawmill rats.
He’s broke as a stick horse.
He’s too poor to pay attention.
So poor the wolf won’t even stop at their door.
So poor their Sunday supper is fried water.
Too poor to paint, too proud to whitewash. 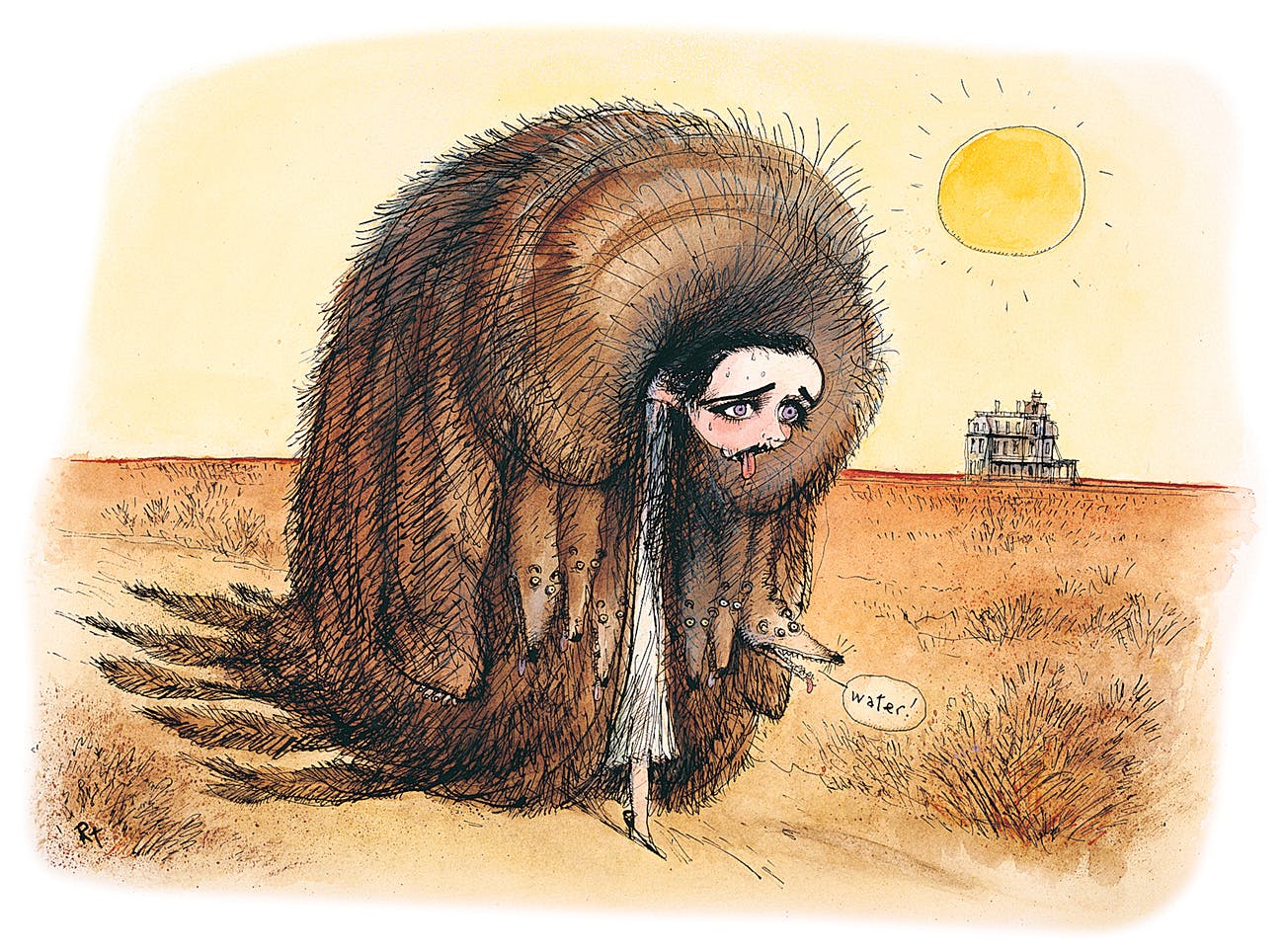 Hotter than a fur coat in Marfa. Illustration by Richard Thompson